One Step Beyond Volume 9 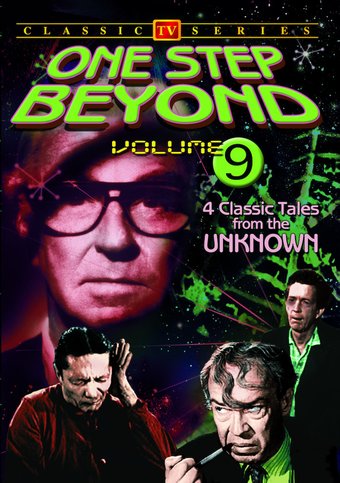 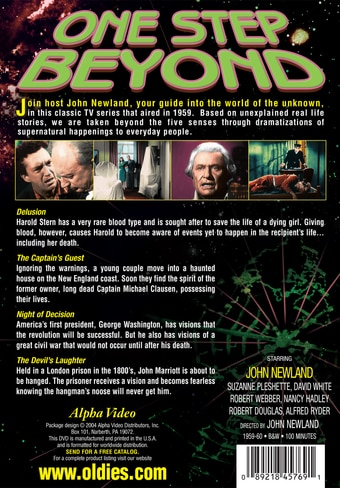 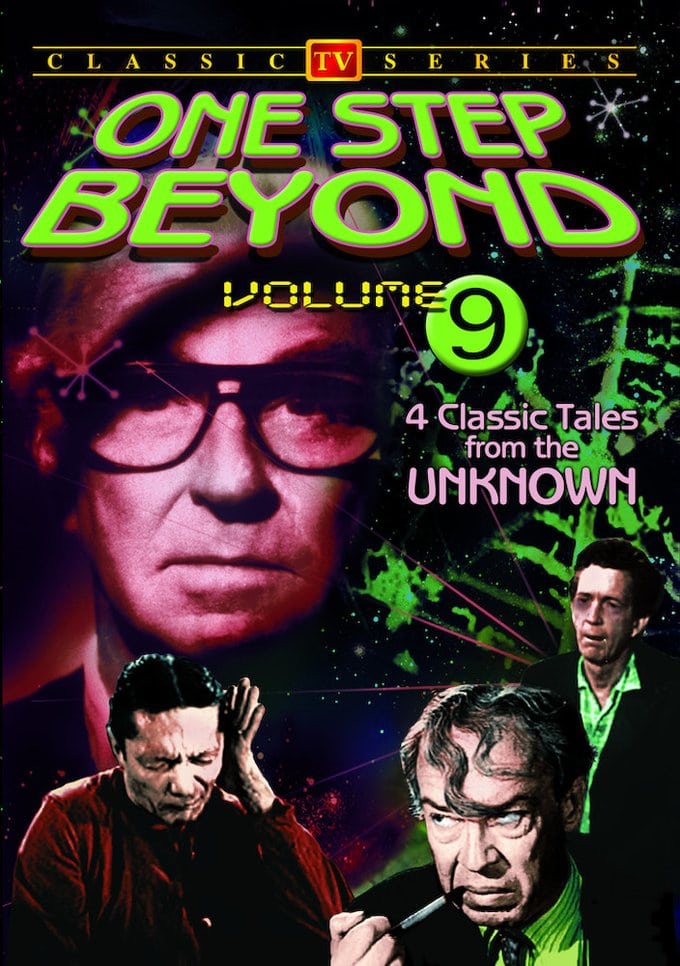 Delusion: Harold Stern has a very rare blood type and is sought after to save the life of a dying girl. Giving blood, however, causes Harold to become aware of events yet to happen in the recipient's life... including her death.

The Captain's Guest: Ignoring the warnings, a young couple move into a haunted house on the New England coast. Soon they find the spirit of the former owner, long dead Captain Michael Clausen, possessing their lives.

Night of Decision: America's first president, George Washington, has visions that the revolution will be successful. But he also has visions of a great civil war that would not occur until after his death.

The Devil's Laughter: Held in a London prison in the 1800's, John Marriott is about to be hanged. The prisoner receives a vision and becomes fearless knowing the hangman's noose will never get him.

Supernatural | Classic Television
This product is made-on-demand by the manufacturer using DVD-R recordable media. Almost all DVD players can play DVD-Rs (except for some older models made before 2000) - please consult your owner's manual for formats compatible with your player. These DVD-Rs may not play on all computers or DVD player/recorders. To address this, the manufacturer recommends viewing this product on a DVD player that does not have recording capability.