The Count of Monte Cristo - Volume 10

The final three episodes of the rarely-seen TV series with George Dolenz (Micky's father) as Edmond Dantès, the hero of Alexandre Dumas' classic adventure novel. Plus "The Duel", an episode of ‘The Errol Flynn Theatre'. 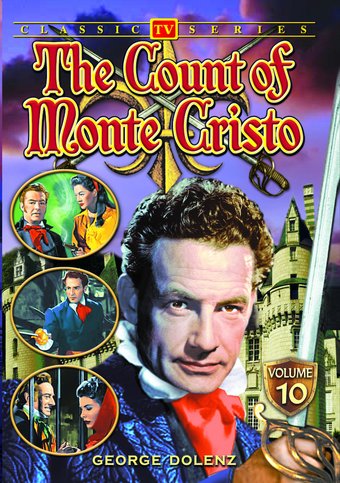 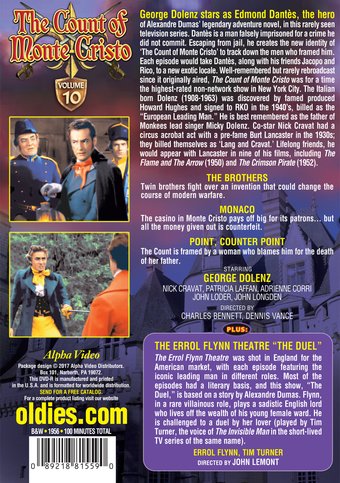 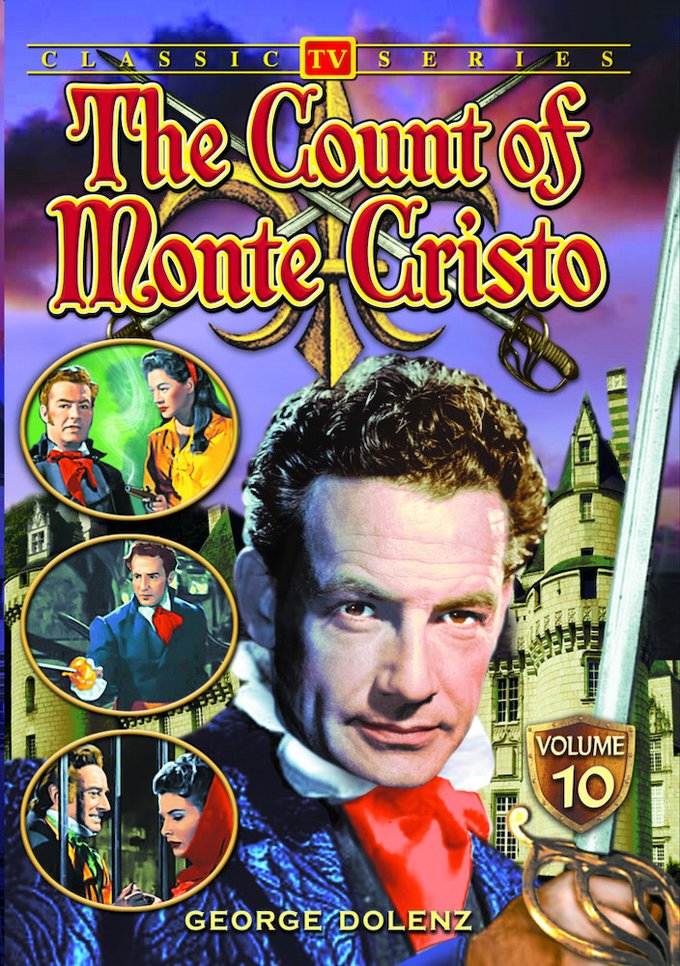 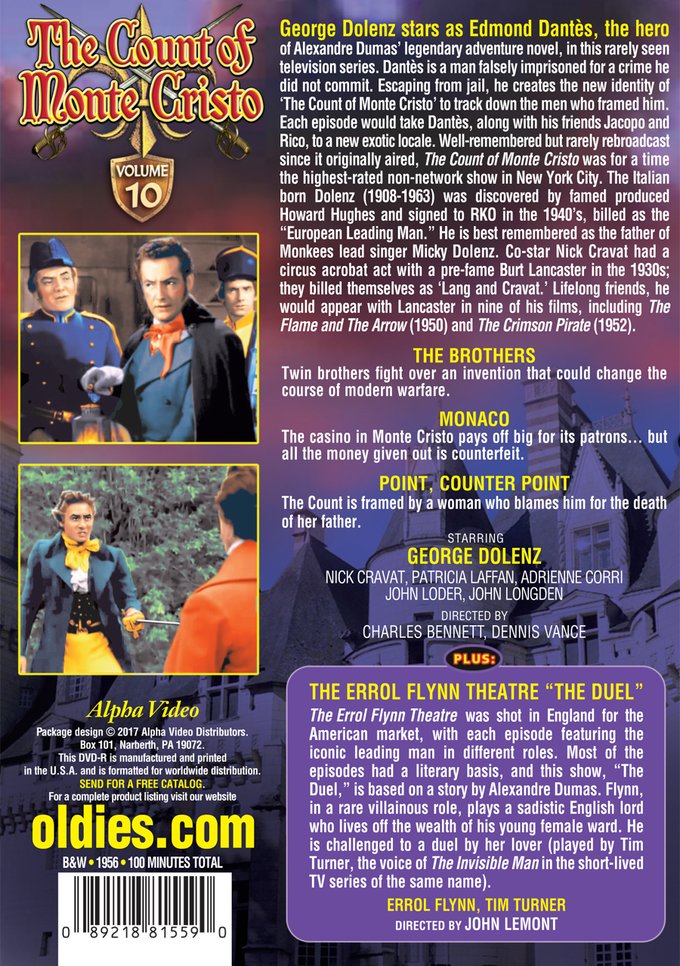 George Dolenz stars as Edmond Dantès, the hero of Alexandre Dumas' legendary adventure novel, in this rarely-seen television series. Dantès is a man falsely imprisoned for a crime he did not commit. Escaping from jail, he creates the new identity of ‘The Count of Monte Cristo' to track down the men who framed him. Each episode would take Dantès, along with his friends Jacopo and Rico, to a new exotic locale. Well-remembered but rarely rebroadcast since it originally aired, The Count of Monte Cristo was for a time the highest-rated non-network show in New York City. The Italian-born Dolenz (1908-1963) was discovered by famed produced Howard Hughes and signed to RKO in the 1940's, billed as the "European Leading Man". He is best remembered as the father of Monkees lead singer Micky Dolenz. Co-star Nick Cravat had a circus acrobat act with a pre-fame Burt Lancaster in the 1930s; they billed themselves as ‘Lang and Cravat'. Lifelong friends, he would appear with Lancaster in nine of his films, including The Flame and the Arrow (1950) and The Crimson Pirate (1952).

THE BROTHERS: Twin brothers fight over an invention that could change the course of modern warfare.

MONACO: The casino in Monte Cristo pays off big for its patrons...but all the money given out is counterfeit.

POINT, COUNTER POINT: The Count is framed by a woman who blames him for the death of her father.

PLUS: The Errol Flynn Theatre "The Duel": The Errol Flynn Theatre was shot in England for the American market, with each episode featuring the iconic leading man in different roles. Most of the episodes had a literary basis, and this show, "The Duel", is based on a story by Alexandre Dumas. Flynn, in a rare villainous role, plays a sadistic English lord who lives off the wealth of his young female ward. He is challenged to a duel by her lover (played by Tim Turner, the voice of The Invisible Man in the short-lived ITV series of the same name.) Note: Due to the age and rarity of this broadcast, some picture anomalies exist.