One Step Beyond Volume 15 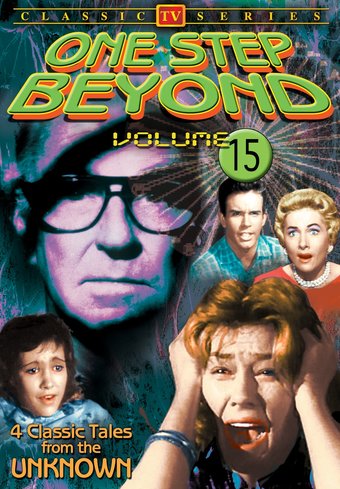 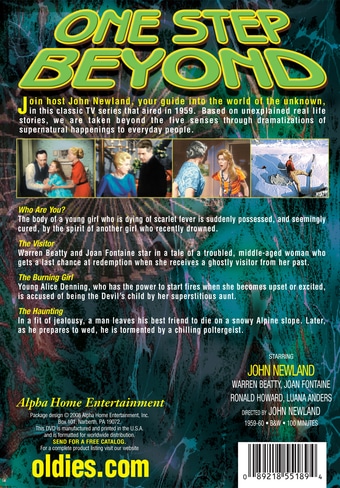 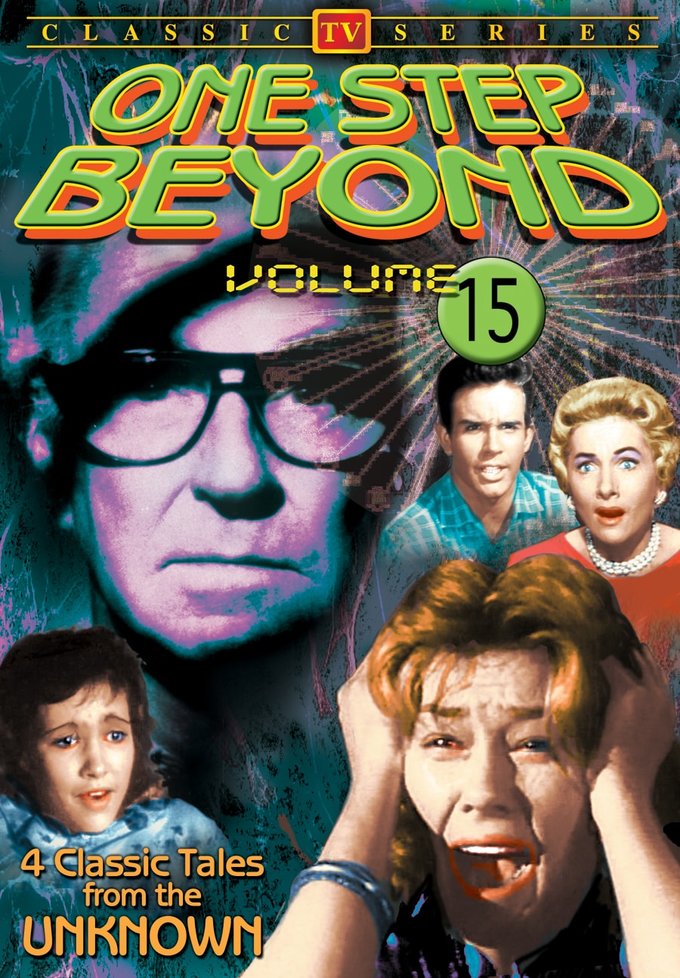 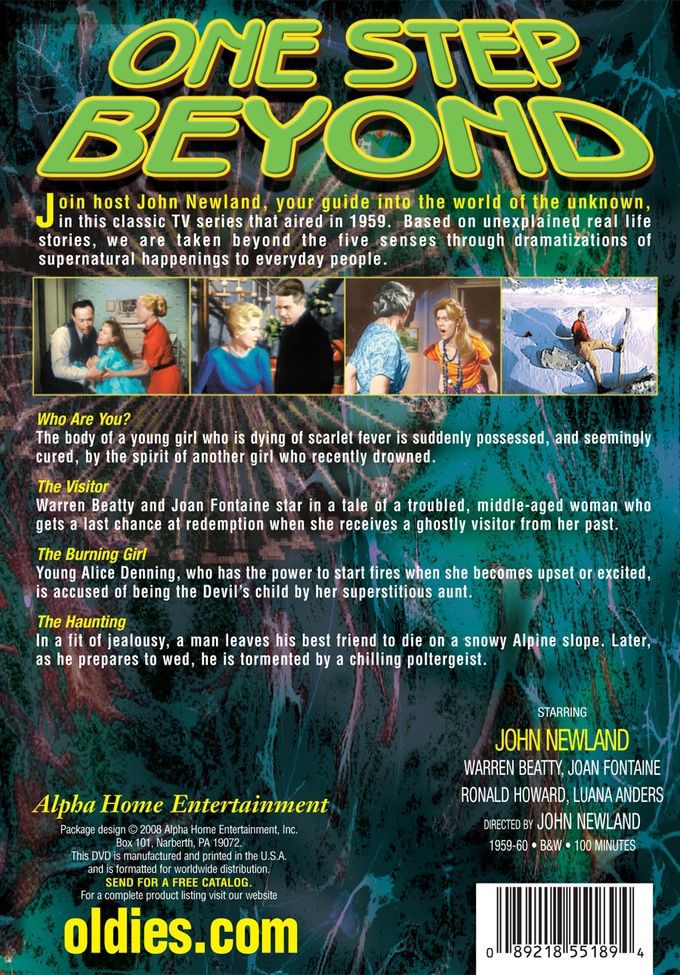 Who Are You?: The body of a young girl who is dying of scarlet fever is suddenly possessed, and seemingly cured, by the spirit of another girl who recently drowned.

The Visitor: Warren Beatty and Joan Fontaine star in a tale of a troubled, middle-aged woman who gets a last chance at redemption when she receives a ghostly visitor from her past.

The Burning Girl: Young Alice Denning, who has the power to start fires when she becomes upset or excited, is accused of being the Devil's child by her superstitious aunt.

The Haunting: In a fit of jealousy, a man leaves his best friend to die on a snowy Alpine slope. Later, as he prepares to wed, he is tormented by a chilling poltergeist.