One Step Beyond – Volume 17 (The Lost Episodes)

John Newland is your guide into the unknown in four newly-discovered installments of this classic paranormal anthology series, including the premiere episode! 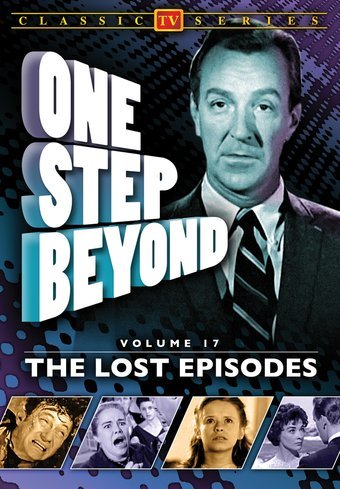 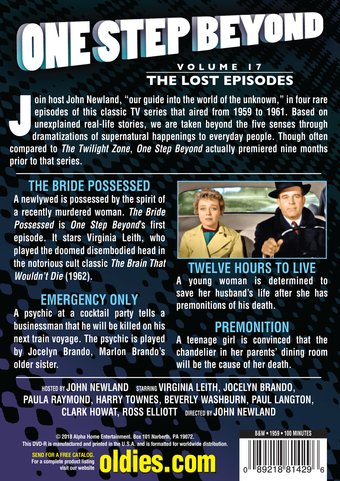 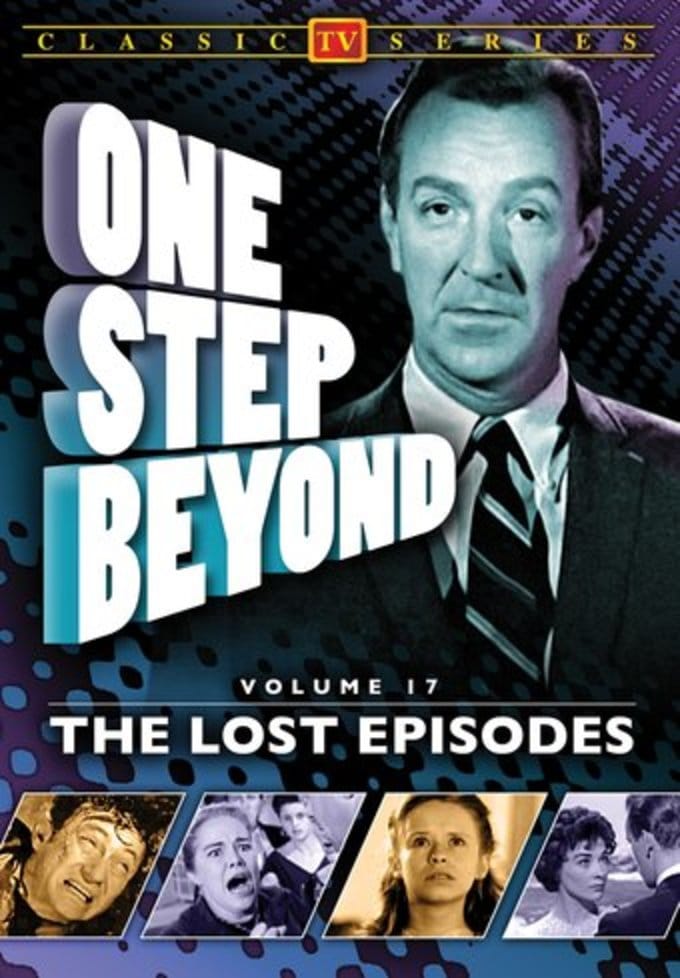 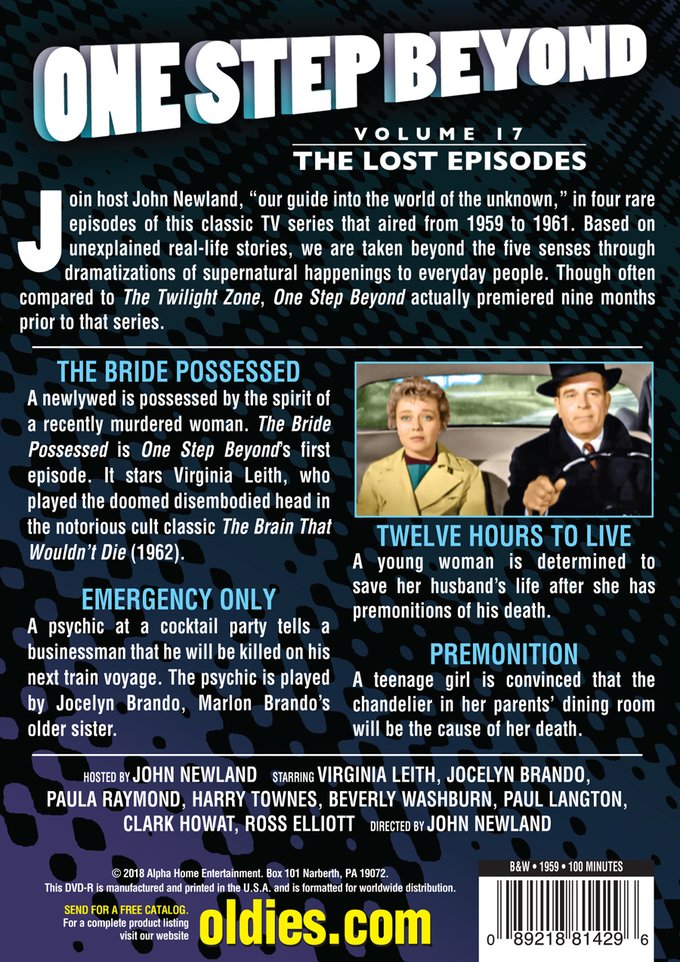 Join host John Newland, "our guide into the world of the unknown," in four rare episodes of this classic TV series that aired from 1959 to 1961. Based on unexplained real-life stories, we are taken beyond the five senses through dramatizations of supernatural happenings to everyday people. Though often compared to The Twilight Zone, One Step Beyond actually premiered nine months prior to that series.

THE BRIDE POSSESSED: A newlywed is possessed by the spirit of a recently murdered woman. "The Bride Possessed" is One Step Beyond's first episode. It stars Virginia Leith, who played the doomed disembodied head in the notorious cult classic The Brain That Wouldn't Die (1962).

EMERGENCY ONLY: A psychic at a cocktail party tells a businessman that he will be killed on his next train voyage. The psychic is played by Jocelyn Brando, Marlon Brando's older sister.

TWELVE HOURS TO LIVE: A young woman is determined to save her husband's life after she has premonitions of his death.

PREMONITION: A teenage girl is convinced that the chandelier in her parents' dining room will be the cause of her death.