One Step Beyond Volume 4 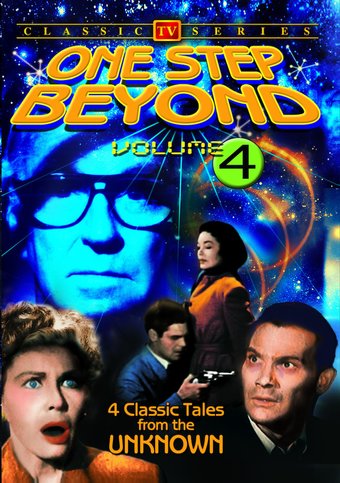 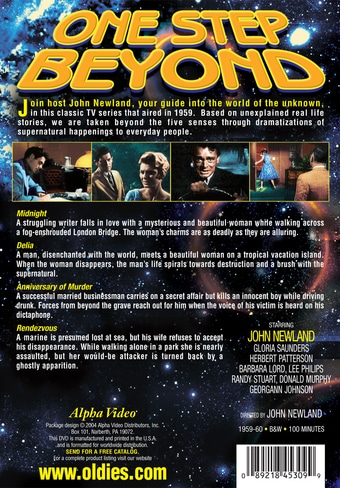 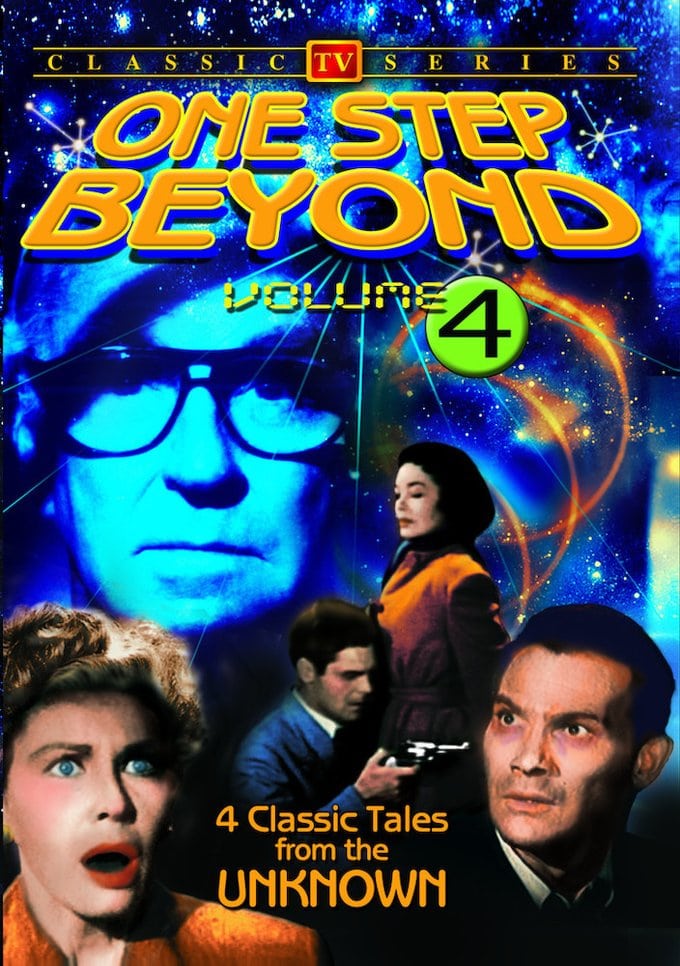 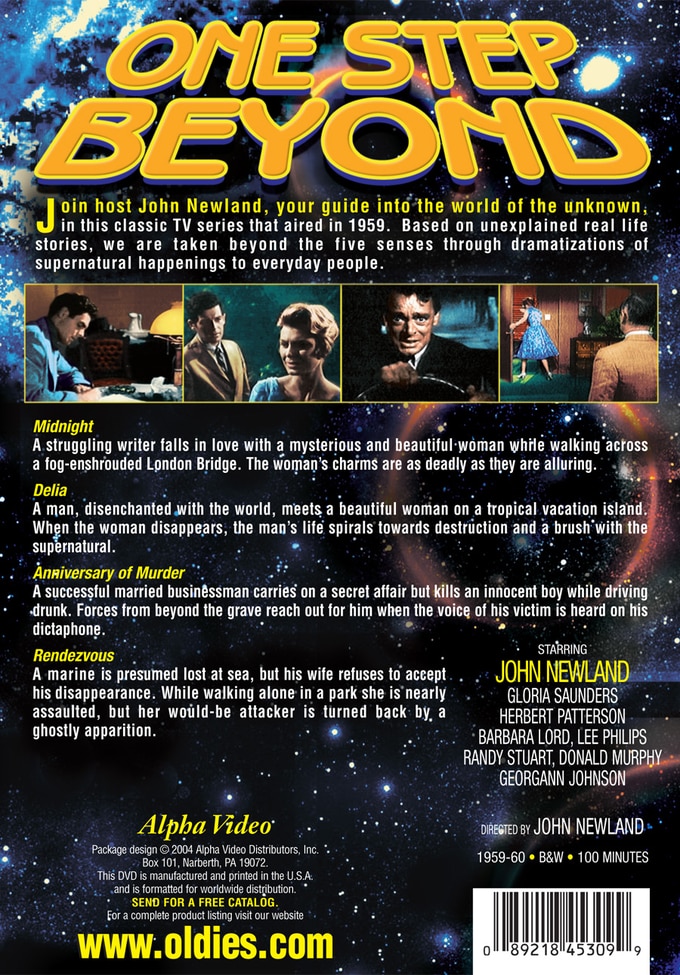 Midnight: A struggling writer falls in love with a mysterious and beautiful woman while walking across a fog-enshrouded London Bridge. The woman's charms are as deadly as they are alluring.

Delia: A man, disenchanted with the world, meets a beautiful woman on a tropical vacation island. When the woman disappears, the man's life spirals towards destruction and a brush with the supernatural.

Anniversary of Murder: A successful married businessman carries on a secret affair but kills an innocent boy while driving drunk. Forces from beyond the grave reach out for him when the voice of his victim is heard on his dictaphone.

Rendezvous: A marine is presumed lost at sea, but his wife refuses to accept his disappearance. While walking alone in a park she is nearly assaulted, but her would-be attacker is turned back by a ghostly apparition.