One Step Beyond Volume 1

Four episodes of the 1950's dramatic anthology dealing with supernatural and horrific events. 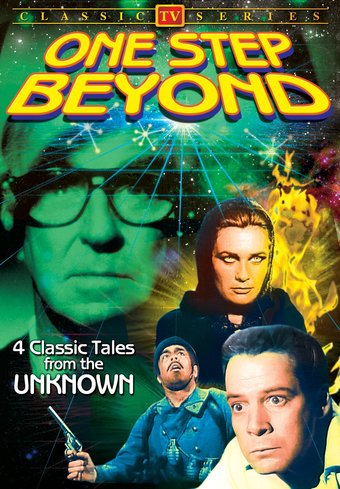 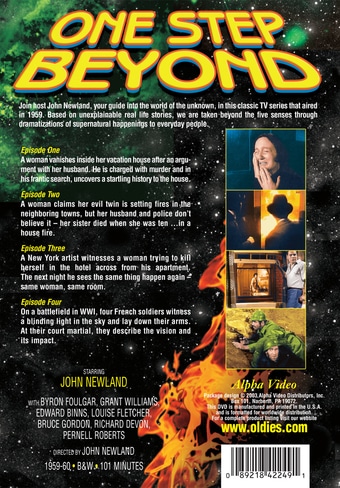 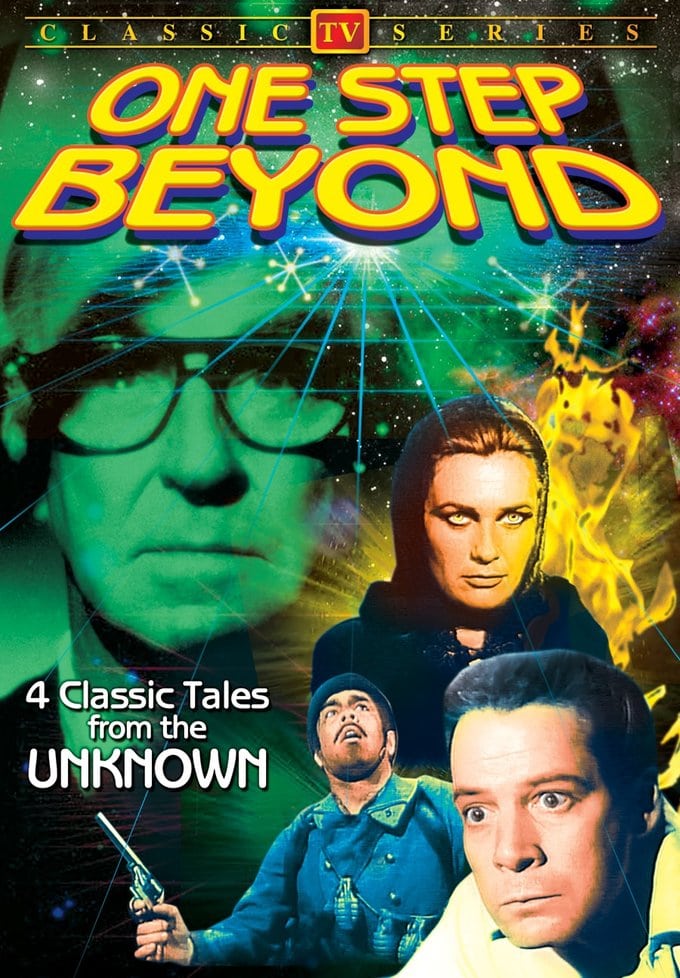 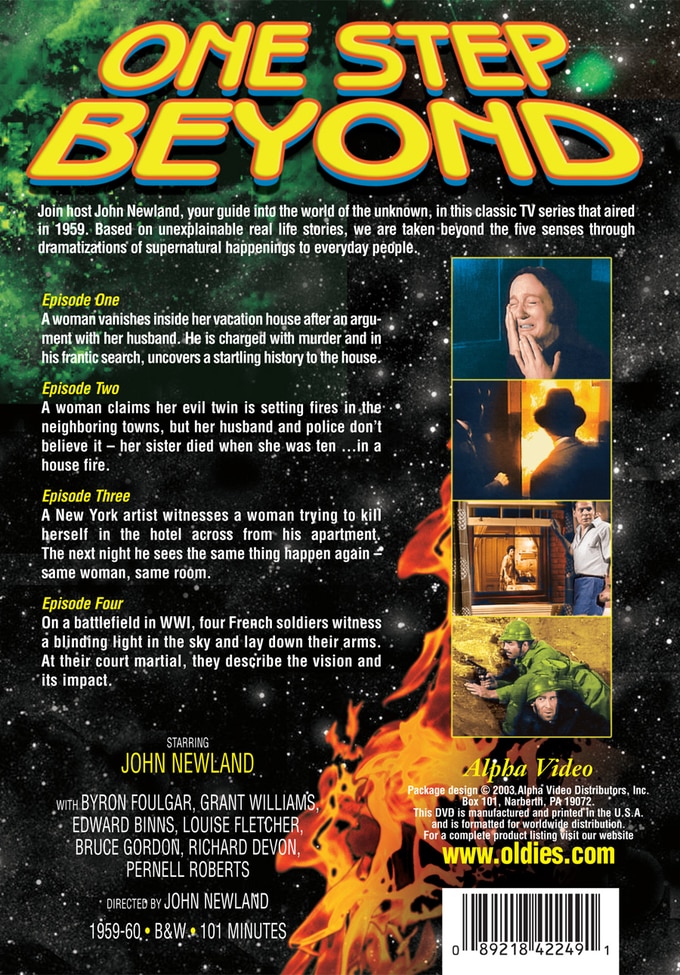 Join host John Newland, your guide into the world of the unknown, in this classic TV series that aired in 1959. Based on unexplainable real life stories, we are taken beyond the five senses through dramatizations of supernatural happenings to everyday people.

Episode 1: A woman vanishes inside her vacation house after an argument with her husband. He is charged with murder and in his frantic search, uncovers a startling history to the house.

Episode 2: A woman claims her evil twin is setting fires in the neighboring towns, but her husband and police don't believe it -- her sister died when she was ten ...in a house fire.

Episode 3: A New York artist witnesses a woman trying to kill herself in the hotel across from his apartment. The next night he sees the same thing happen again -- same woman, same room.

Episode 4: On a battlefield in WWI, four French soldiers witness a blinding light in the sky and lay down their arms. At their court martial, they describe the vision and its impact.

This classic 1959s TWILIGHT ZONE-like television series explores the supernatural and bizarre, and is hosted by the bespectacled John Newland. Contains 4 episodes.

Science-Fiction | Vintage TV | Horror Classic
This product is made-on-demand by the manufacturer using DVD-R recordable media. Almost all DVD players can play DVD-Rs (except for some older models made before 2000) - please consult your owner's manual for formats compatible with your player. These DVD-Rs may not play on all computers or DVD player/recorders. To address this, the manufacturer recommends viewing this product on a DVD player that does not have recording capability.


Absolutely the scariest of all of the T.V. series from the Golden Age of Television. Doesn't insult the viewers intelligence with the camp and somewhat light comedy that ruined some of 'The Twilight Zone' episodes. John Newland is a charismatic and likable guide into the unknown. Tales are straightforwardly suspenseful and always build to an eerie climax. Very much worth a view!


One Step Beyond should have been remembered much more highly than the Twilight Zone. There are something like 50 episodes. I hope Alpha will continue the series


Welcome to what is remembered by me as the creepiest thing that was ever aired! Unlike its contemporary, "The Twilight Zone", "One Step Beyond" didn't comfort the viewer by using the supernatural ro tell morality tales, but built a conventional drama, with realistic characters toward an inexplicable climax. Each story reminds one of the short horror takes of Ambrose Bierce, leaving the viewer hanging in terrified perplexity. Alpha, this deserves a dozen more volumes!