What's Love Got to Do With It? R 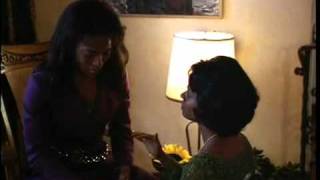 What's Love Got to Do with It Official Trailer!

What's Love Got To Do With It
Experience for yourself the powerful true-life story of Tina Turner -- rock 'n' roll's remarkable and talented superstar. Laurence Fishburne (THE MATRIX) and Angela Bassett (HOW STELLA GOT HER GROVE BACK) deliver winning performances as Ike and Tina Turner -- whose turbulent relationship eventually forces Tina to leave and face the fear, pay the price, and find the courage to believe in herself. Don't miss WHAT'S LOVE GOT TO DO WITH IT -- the amazing and uplifting story of one of the world's most exciting, high-energy entertainers!

17-year old Anna Mae leaves the backwoods of Tennessee for St. Louis to be reunited with her stern mother and elder sister, Alline. One evening, Alline brings Anna Mae to the night club where a group led by singer-hearthrob Ike Turner plays. Ike makes a nightly ritual of passing the microphone around the dance hall and on one visit to the club Anna Mae grabs it and belts out a song. Soon Anna's whole life is in Ike's hands: he's changed her name to Tina and taken total control of her singing career. Though he's paternalistic and artistically demanding, she's fascinated by his forceful masculinity, stylistic charisma and creative vision. But not long after their quickie Mexican marriage, things turn sour. Ike viciously abuses Tina, who, eventually struggles to free herself of his psychotic reign of terror.