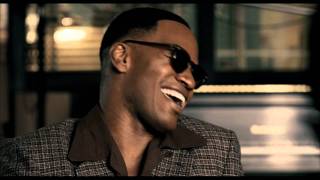 Jamie Foxx stars in this biopic of legendary soul and R&B singer Ray Charles. Skillfully edited and with a keen eye for period detail, the narrative weaves in and out of the past in an interlocking tapestry of the man's rise to fame in the 1950s and '60s. Growing up poor, black, and blind in the rural south, Charles learns--under the tutelage of his tough-love mother (Sharon Warren)--to turn these handicaps into assets. With this training, Ray eventually plays his way into a major deal with Paramount records and earns icon status as an American legend. Along the way, the high cost of fame leads him to engage in abusive relationships, manipulative behavior, and struggles with drug and alcohol problems. This is a dynamite film for the music alone (Charles's actual recordings are used in the film), but Foxx's career-benchmark performance transcends RAY's biopic roots, turning this into a piercing, full-on character study: unflinching, sometimes harrowing, and ultimately deeply moving. The sheer joy of Charles's music comes alive in Foxx's movements, and his character matures convincingly and powerfully. A stellar supporting cast is on hand to back him up every step of the way, including Larenz Tate as producer Quincy Jones, and Kerry Washington as Ray's long-suffering wife, Regina.