Never let her out of your sight. Never let your guard down. Never fall in love. 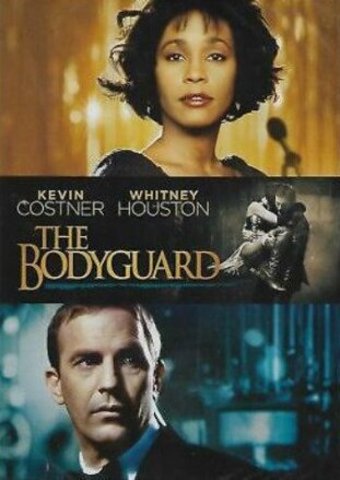 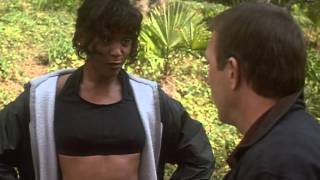 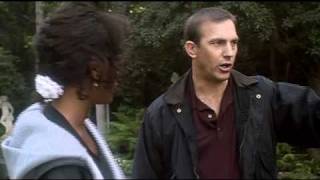 In her spectacular film debut, Whitney Houston plays Rachel Marron, a music/movie superstar at her peak. Fans want to see her. Hear her. Touch her. But one wants to kill her - and that's where security expert Frank Farmer (Kevin Costner) comes in. Farmer is a professional who never lets his guard down. Rachel has always been in control of her glamorous life. Each expects to be in charge. What they don't expect is to fall in love.

A former secret service agent is now a bodyguard for a pop superstar turned actress. In the course of protecting the unpredictable star from a homicidal fan, they develop a trust and love that is rare for both. Screenplay by Lawrence Kasdan. Academy Award Nominations: Best Song ("I Have Nothing"), Best Song ("Run To You").

The Bodyguard stars Whitney Houston as a pop-music diva and Kevin Costner as the ultra-serious bodyguard assigned to protect her in teh aftermath of several death threats. Initially repelled by each other like water and oil, a passion ignites between them as teh danger increases, transforming them as everythign around them explodes.

A freelance bodyguard, once a CIA agent, is approached by a friend to protect a singer/actress superstar after she starts receiving hate mail.

Message in a Bottle
$6 Super Savings
Add to Cart