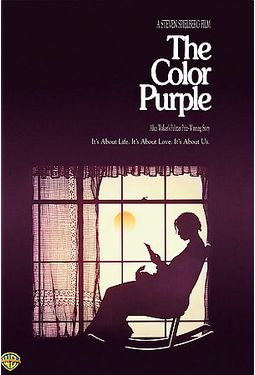 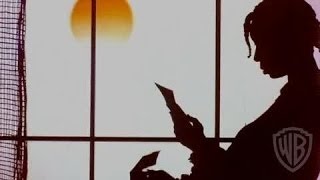 Steven Spielberg's masterful adaptation of Alice Walker's Pulitzer Prize-winning novel stars Whoppi Goldberg, in her impressive screen debut, as Celie, a sharecropper's daughter living in rural Georgia. The film opens in 1909 when Celie is a young girl, a victim of incest, pregnant with her father's child. Ugly and unloved, separated from her children and her sister, Celie's only option is marriage to an abusive, philandering husband (Danny Glover) who treats her little better than a slave. Her life changes forever when her husband brings his mistress, a beautiful blues singer named Shug (Margaret Avery), into the house. THE COLOR PURPLE was also the film debut for Oprah Winfrey, who beautifully plays Celie's sister-in-law, Sofia. THE COLOR PURPLE was nominated for 11 Academy Awards (including one each for Goldberg, Avery, and Winfrey) but surprisingly won no Oscars, and although the film was nominated for a Best Picture award, Spielberg was snubbed by the academy and was not nominated for Best Director.

Steven Spielberg's gentle film is a masterful adaptation of Alice Walker's Pulitzer Prize-winning novel about a southern black girl's rise from tragedy to personal triumph through the course of her lifetime. The acting in the film is superb, including terrific performances by Whoopi Goldberg, Oprah Winfrey, Danny Glover, Margaret Avery, and Adolph Caesar.

Daughters of the Dust
$16.40 Super Savings
Add to Cart