Includes two classic episodes of the long-running TV anthology. "The Volcano Seat": An Air Force officer must deliver an explosive payload. "Scream in Silence": A mentally unstable young woman is accused of killing her father. 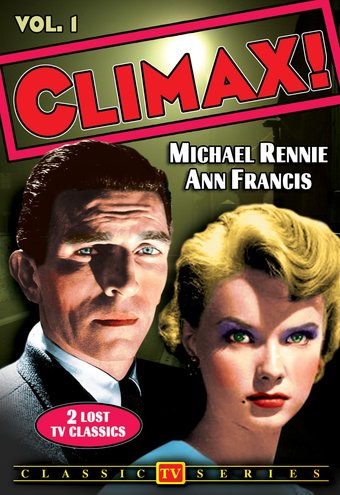 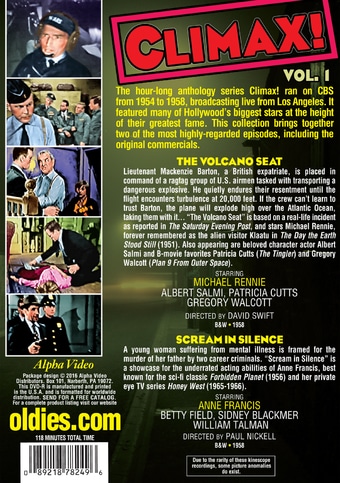 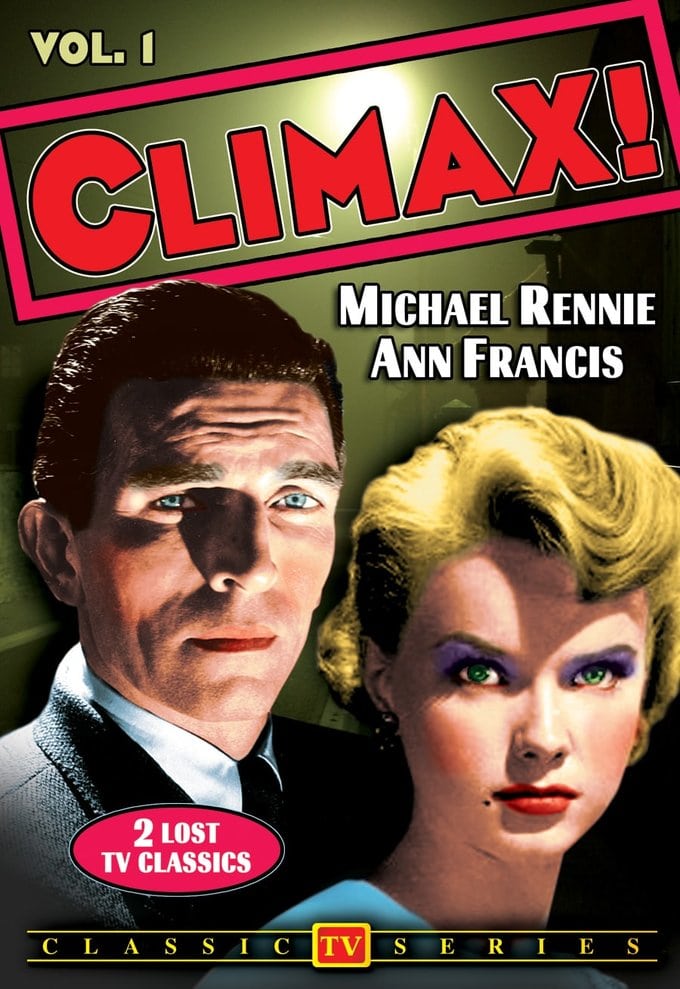 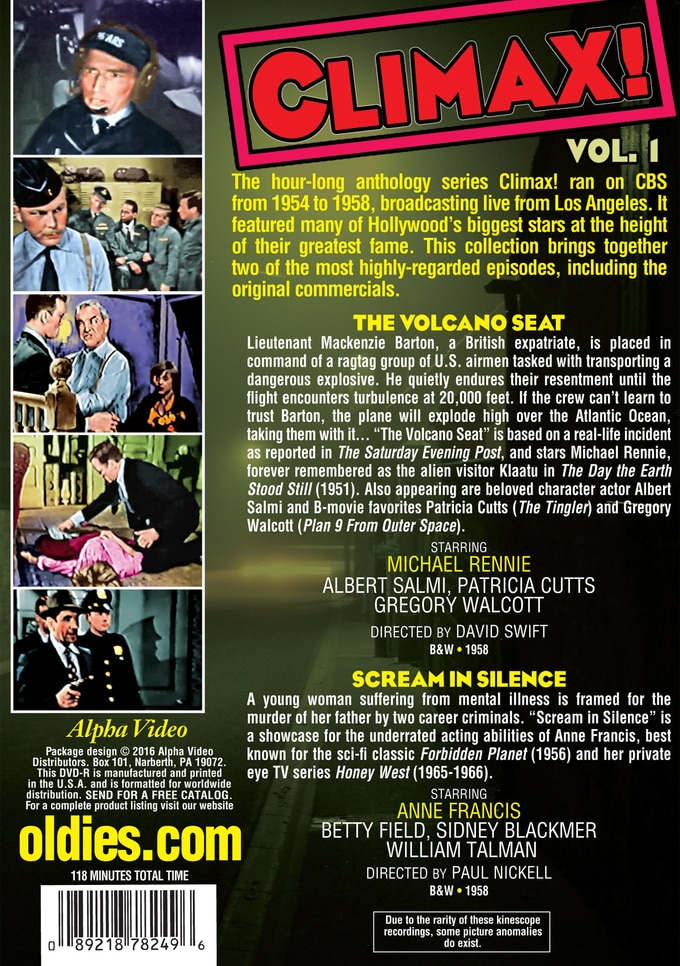 The hour-long anthology series Climax! ran on CBS from 1954 to 1958, broadcasting live from Los Angeles. It featured many of Hollywood's biggest stars at the height of their greatest fame. This collection brings together two of the most highly-regarded episodes, including the original commercials.

THE VOLCANO SEAT: Lieutenant Mackenzie Barton, a British expatriate, is placed in command of a ragtag group of U.S. airmen tasked with transporting a dangerous explosive. He quietly endures their resentment until the flight encounters turbulence at 20,000 feet. If the crew can't learn to trust Barton, the plane will explode high over the Atlantic Ocean, taking them with it..."The Volcano Seat" is based on a real-life incident as reported in The Saturday Evening Post, and stars Michael Rennie, forever remembered as the alien visitor Klaatu in The Day the Earth Stood Still (1951). Also appearing are beloved character actor Albert Salmi and B-movie favorites Patricia Cutts (The Tingler) and Gregory Walcott (Plan 9 From Outer Space).

SCREAM IN SILENCE: A young woman suffering from mental illness is framed for the murder of her father by two career criminals. "Scream in Silence" is a showcase for the underrated acting abilities of Anne Francis, best known for the sci-fi classic Forbidden Planet (1956) and her private eye TV series Honey West (1965-1966).

Note: Due to the rarity of these kinescope recordings, some picture anomalies do exist.