This 1950s tabloid TV series, one of the first of its kind, tackles drugs, horror comic books, and phony doctors. Directed by Irvin Kershner ("The Empire Strikes Back"). 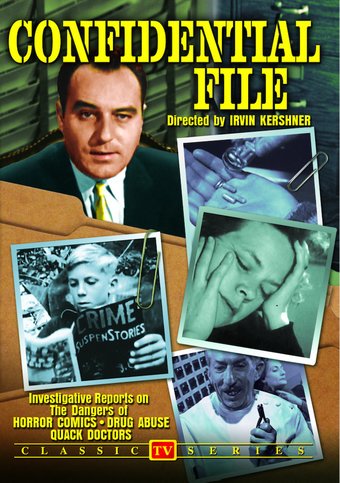 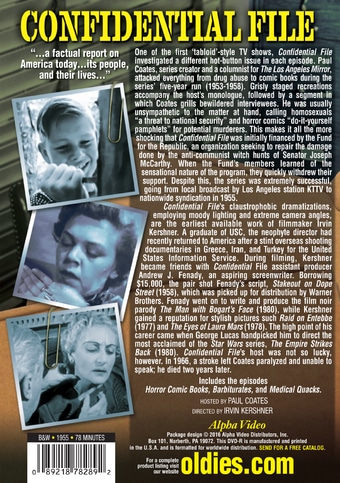 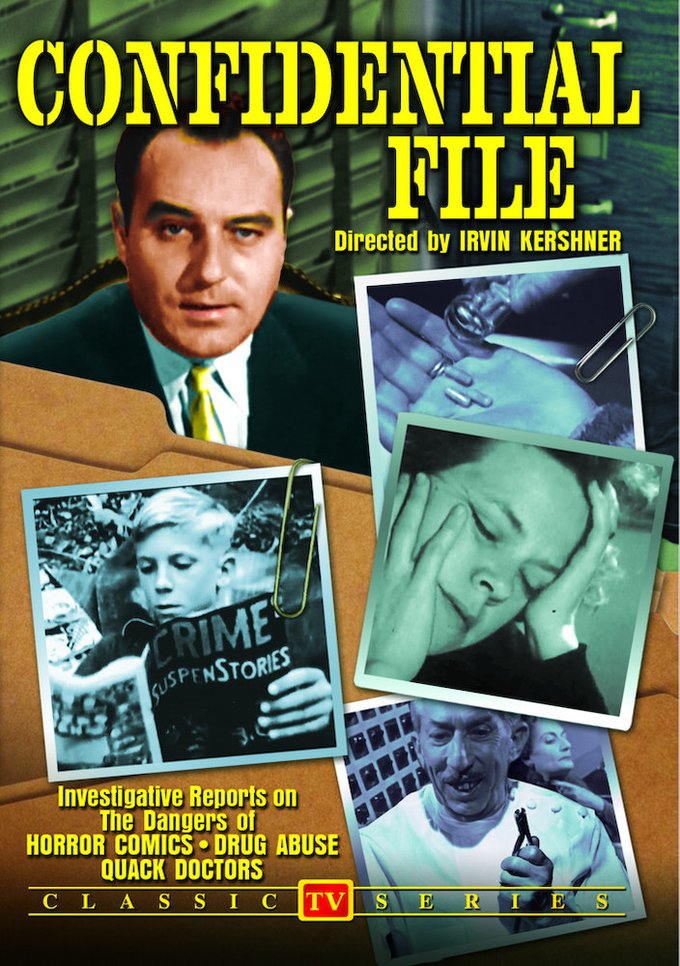 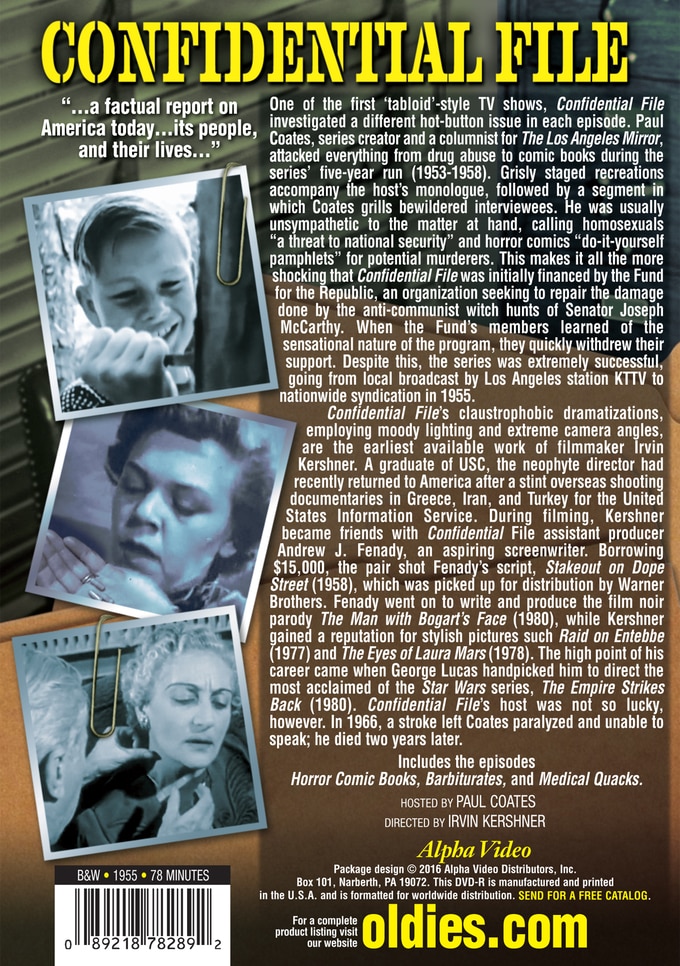 One of the first 'tabloid'-style TV shows, Confidential File investigated a different hot-button issue in each episode. Paul Coates, series creator and a columnist for The Los Angeles Mirror, attacked everything from drug abuse to comic books during the series' five-year run (1953-1958). Grisly staged recreations accompany the host's monologue, followed by a segment in which Coates grills bewildered interviewees. He was usually unsympathetic to the matter at hand, calling homosexuals "a threat to national security" and horror comics "do-it-yourself pamphlets" for potential murderers. This makes it all the more shocking that Confidential File was initially financed by the Fund for the Republic, an organization seeking to repair the damage done by the anti-communist witch hunts of Senator Joseph McCarthy. When the Fund's members learned of the sensational nature of the program, they quickly withdrew their support. Despite this, the series was extremely successful, going from local broadcast by Los Angeles station KTTV to nationwide syndication in 1955.

Confidential File's claustrophobic dramatizations, employing moody lighting and extreme camera angles, are the earliest available work of filmmaker Irvin Kershner. A graduate of USC, the neophyte director had recently returned to America after a stint overseas shooting documentaries in Greece, Iran, and Turkey for the United States Information Service. During filming, Kershner became friends with Confidential File assistant producer Andrew J. Fenady, an aspiring screenwriter. Borrowing $15,000, the pair shot Fenady's script, Stakeout on Dope Street (1958), which was picked up for distribution by Warner Brothers. Fenady went on to write and produce the film noir parody The Man with Bogart's Face (1980), while Kershner gained a reputation for stylish pictures such Raid on Entebbe (1977) and The Eyes of Laura Mars (1978). The high point of his career came when George Lucas handpicked him to direct the most acclaimed of the Star Wars series, The Empire Strikes Back (1980). Confidential File's host was not so lucky, however. In 1966, a stroke left Coates paralyzed and unable to speak; he died two years later.