The adventures of two fishermen, Captain 'Crunch' Adams and first mate 'Des' Smith, aboard their boat The Poseidon, are documented in this rare TV series created by Philip Wylie. 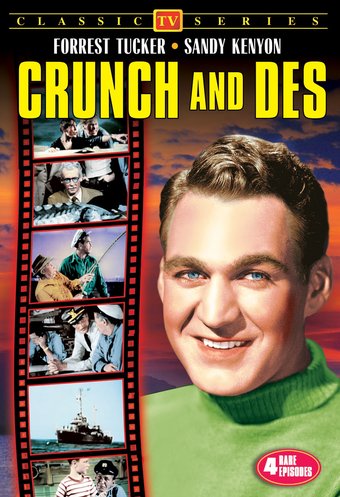 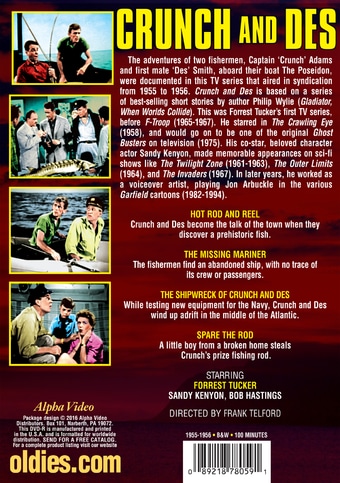 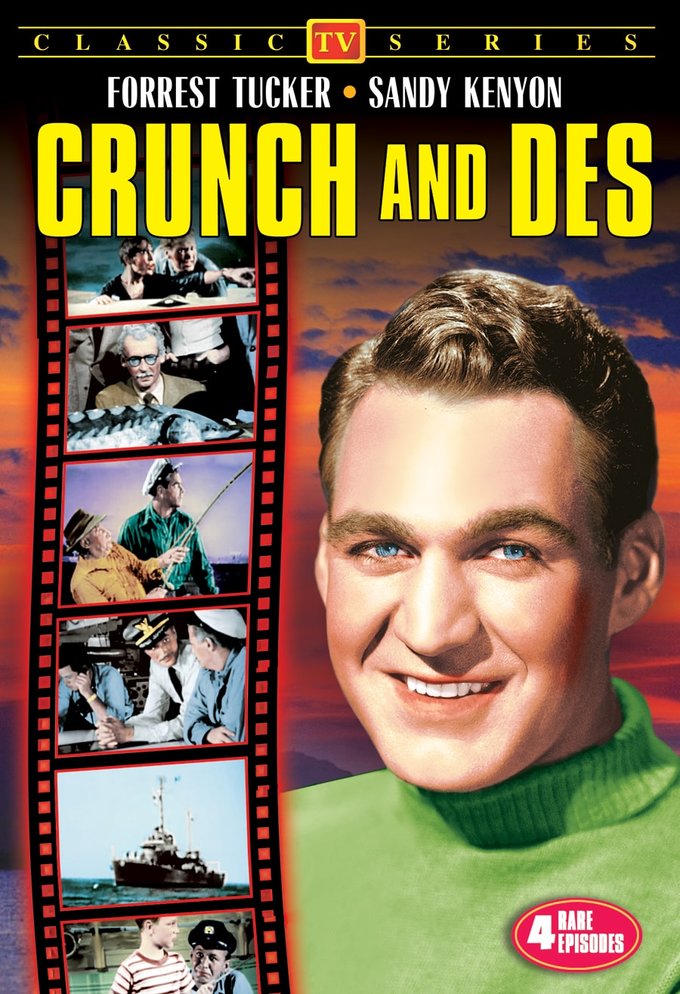 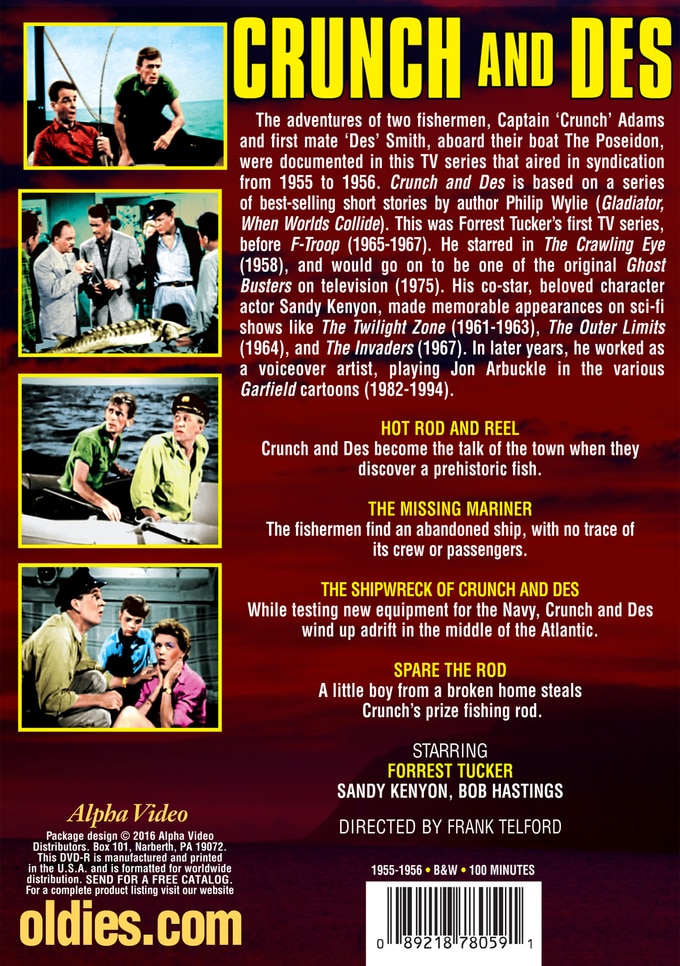 The adventures of two fishermen, Captain 'Crunch' Adams and first mate 'Des' Smith, aboard their boat The Poseidon, were documented in this TV series that aired in syndication from 1955 to 1956. Crunch and Des is based on a series of best-selling short stories by author Philip Wylie (Gladiator, When Worlds Collide). This was Forrest Tucker's first TV series, before F-Troop (1965-1967). He had previously starred in the creature feature The Crawling Eye (1958), and would go on to be one of the original Ghost Busters on television (1975). His co-star, beloved character actor Sandy Kenyon, made memorable appearances on sci-fi shows like The Twilight Zone (1961-1963), The Outer Limits (1964), and The Invaders (1967). In later years, he worked as a voiceover artist, playing Jon Arbuckle in the various Garfield cartoons (1982-1994).

HOT ROD AND REEL: Crunch and Des become the talk of the town when they discover a prehistoric fish.

THE MISSING MARINER: The fishermen find an abandoned ship, with no trace of its crew or passengers.

THE SHIPWRECK OF CRUNCH AND DES: While testing new equipment for the Navy, Crunch and Des wind up adrift in the middle of the Atlantic.