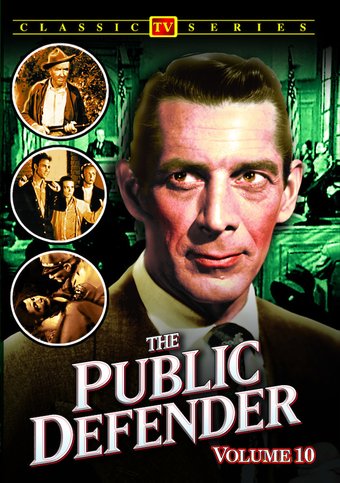 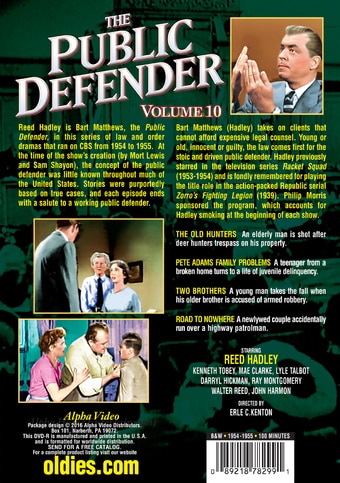 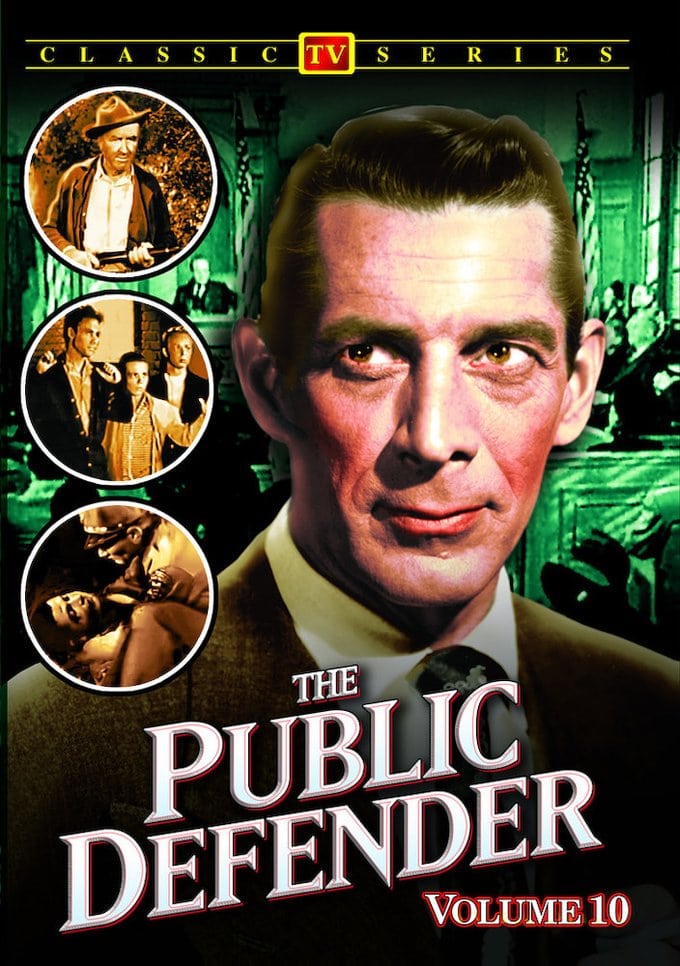 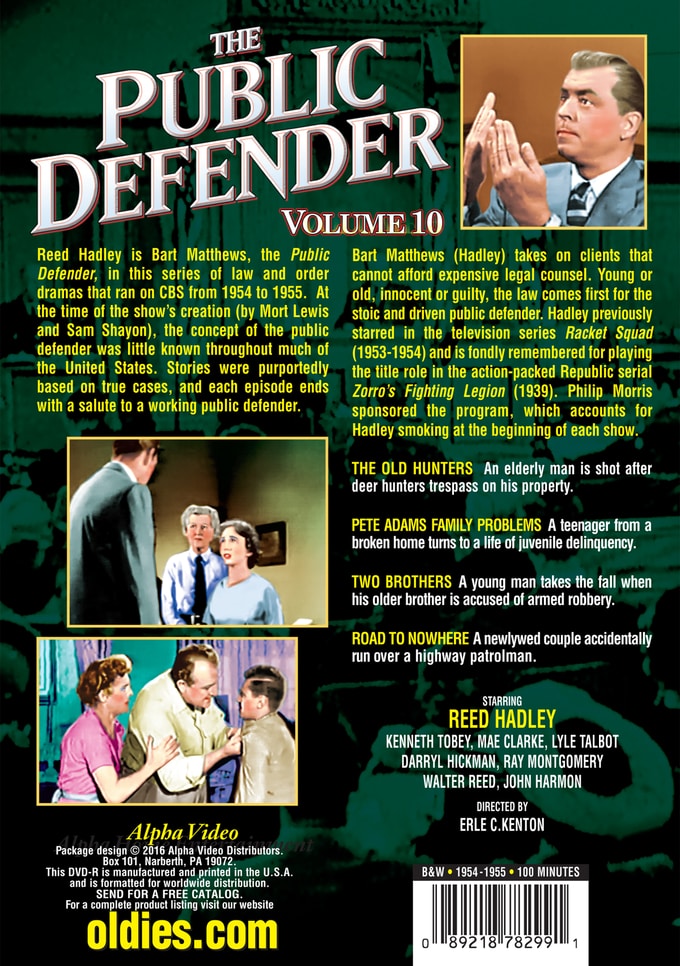 Reed Hadley is Bart Matthews, your Public Defender, in this series of law and order dramas that ran on CBS from 1954 to 1955. At the time of the show's creation (by Mort Lewis and Sam Shayon), the concept of the public defender was little known throughout much of the United States. Stories were purportedly based on true cases, and each episode ends with a salute to a working public defender. Bart Matthews (Hadley) takes on clients that cannot afford expensive legal counsel. Young or old, innocent or guilty, the law comes first for the stoic and driven public defender. Hadley previously starred in the television series Racket Squad (1953-1954) and is fondly remembered for playing the title role in the action-packed Republic serial Zorro's Fighting Legion (1939). Philip Morris sponsored the program, which accounts for Hadley smoking at the beginning of each show.

THE OLD HUNTERS: An elderly man is shot after deer hunters trespass on his property.

PETE ADAMS FAMILY PROBLEMS: A teenager from a broken home turns to a life of juvenile delinquency.

TWO BROTHERS: A young man takes the fall when his older brother is accused of armed robbery.

ROAD TO NOWHERE: A newlywed couple accidentally run over a highway patrolman.