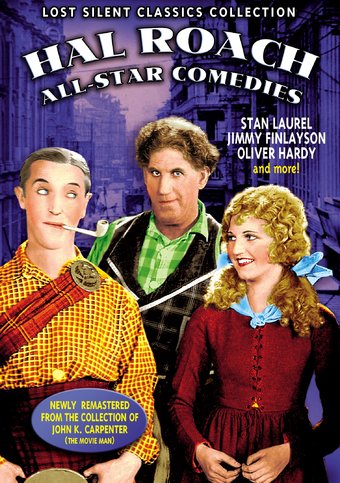 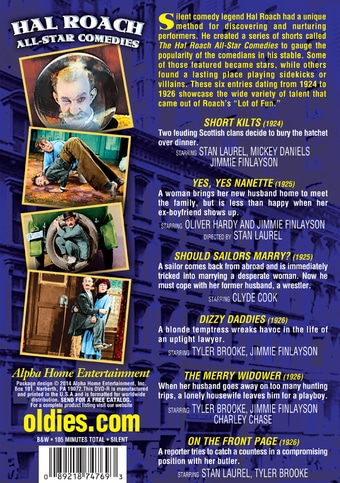 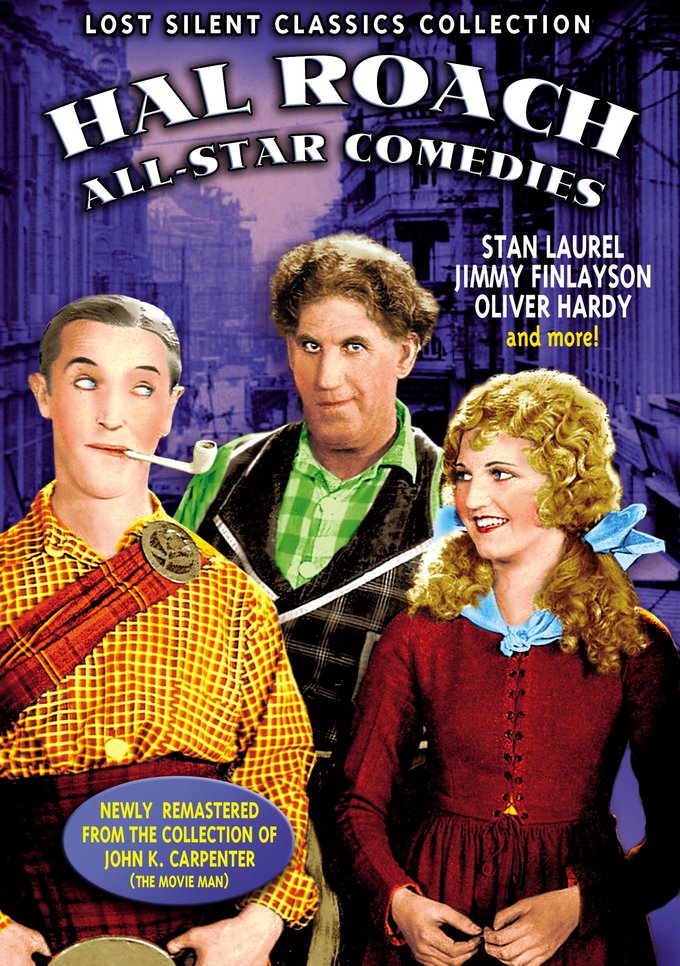 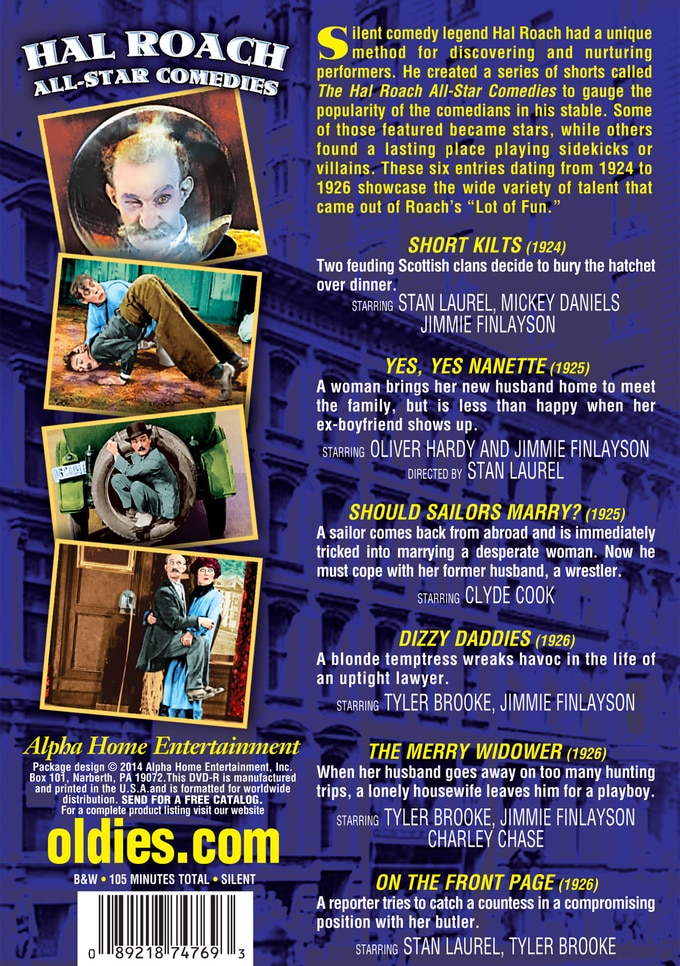 Silent comedy legend Hal Roach had a unique method for discovering and nurturing performers. He created a series of shorts called The Hal Roach All-Star Comedies to gauge the popularity of the comedians in his stable. Some of those featured became stars, while others found a lasting place playing sidekicks or villains. These six entries dating from 1924 to 1926 showcase the wide variety of talent that came out of Roach's "Lot of Fun."

Yes, Yes Nanette (1925): A woman brings her new husband home to meet the family, but is less than happy when her ex-boyfriend shows up. Starring Oliver Hardy and Jimmie Finlayson. Directed by Stan Laurel.

Should Sailors Marry? (1925): A sailor comes back from abroad and is immediately tricked into marrying a desperate woman. Now he must cope with her former husband, a wrestler. Starring Clyde Cook.

Dizzy Daddies (1926): A blonde temptress wreaks havoc in the life of an uptight lawyer. Starring Tyler Brooke and Jimmie Finlayson.

The Merry Widower (1926): When her husband goes away on too many hunting trips, a lonely housewife leaves him for a playboy. Starring Tyler Brooke, Jimmie Finlayson and Charley Chase.

On The Front Page (1926): A reporter tries to catch a countess in a compromising position with her butler. Starring Stan Laurel and Tyler Brooke