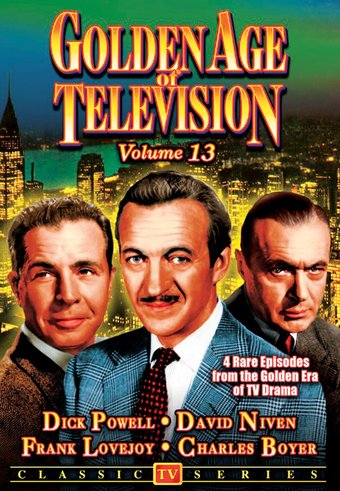 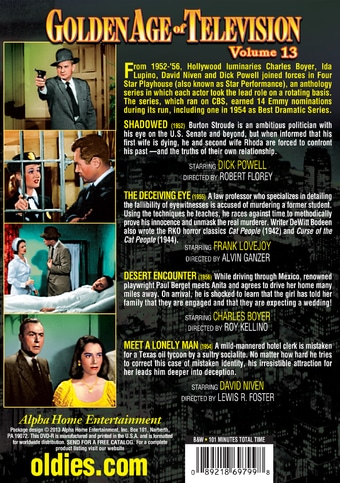 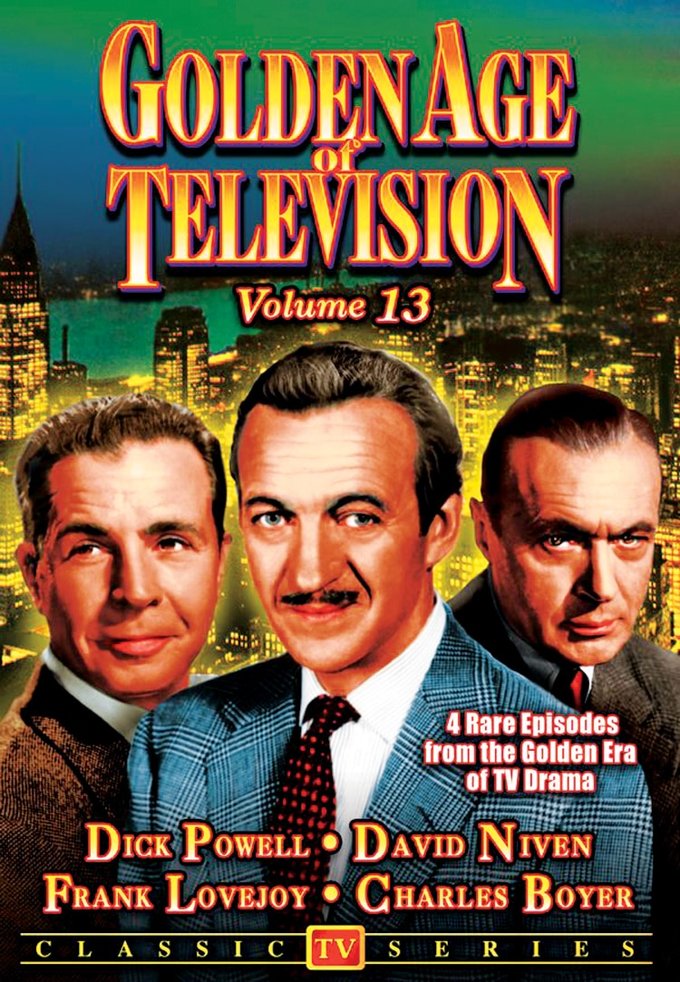 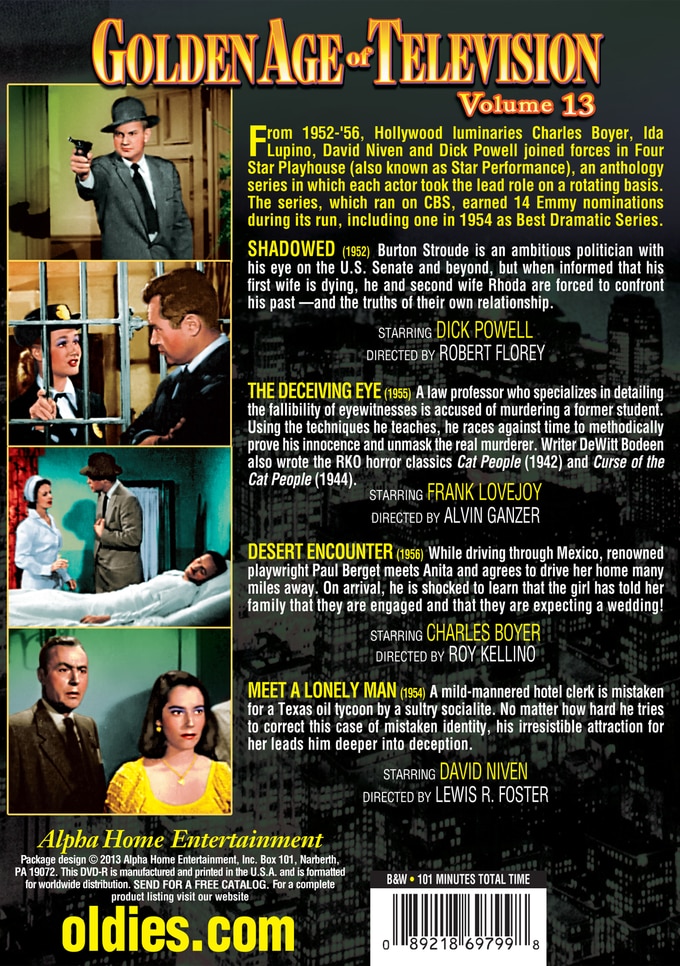 From 1952-'56, Hollywood luminaries Charles Boyer, Ida Lupino, David Niven and Dick Powell joined forces in Four Star Playhouse (also known as Star Performance), an anthology series in which each actor took the lead role on a rotating basis. The series, which ran on CBS, earned 14 Emmy nominations during its run, including one in 1954 as Best Dramatic Series.

SHADOWED (1952): Burton Stroude is an ambitious politician with his eye on the U.S. Senate and beyond, but when informed that his first wife is dying, he and second wife Rhoda are forced to confront his past - and the truths of their own relationship. Starring Dick Powell; Directed by Robert Florey.

THE DECEIVING EYE (1955): A law professor who specializes in detailing the fallibility of eyewitnesses is accused of murdering a former student. Using the techniques he teaches, he races against time to methodically prove his innocence and unmask the real murderer. Writer DeWitt Bodeen also wrote the RKO horror classics Cat People (1942) and Curse of the Cat People (1944). Starring Frank Lovejoy; Directed by Alvin Ganzer.

DESERT ENCOUNTER (1956): While driving through Mexico, renowned playwright Paul Berget meets Anita and agrees to drive her home many miles away. On arrival, he is shocked to learn that the girl has told her family that they are engaged and that they are expecting a wedding! Starring Charles Boyer; Directed by Roy Kellino.

MEET A LONELY MAN (1954): A mild-mannered hotel clerk is mistaken for a Texas oil tycoon by a sultry socialite. No matter how hard he tries to correct this case of mistaken identity, his irresistible attraction for her leads him deeper into deception. Starring David Niven; Directed by Lewis R. Foster.