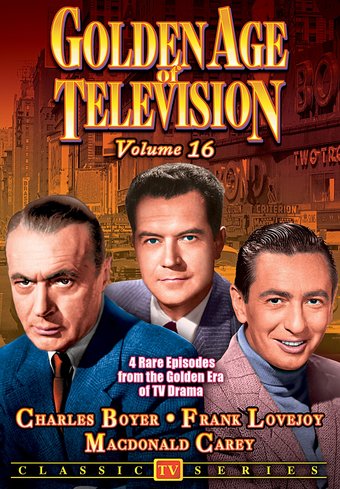 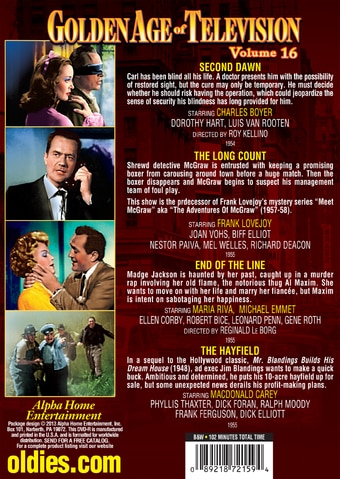 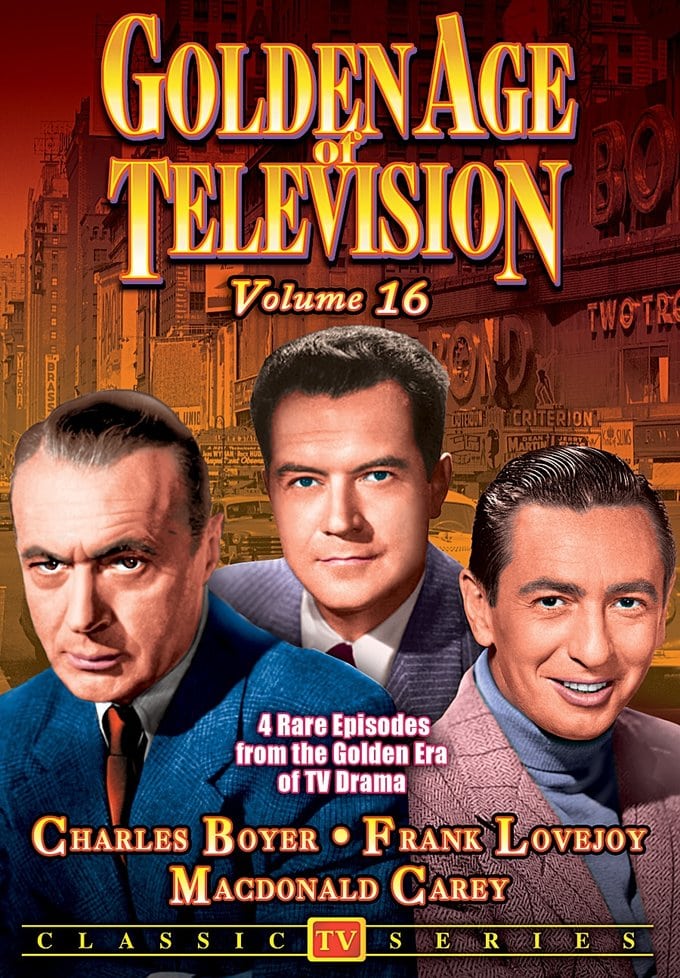 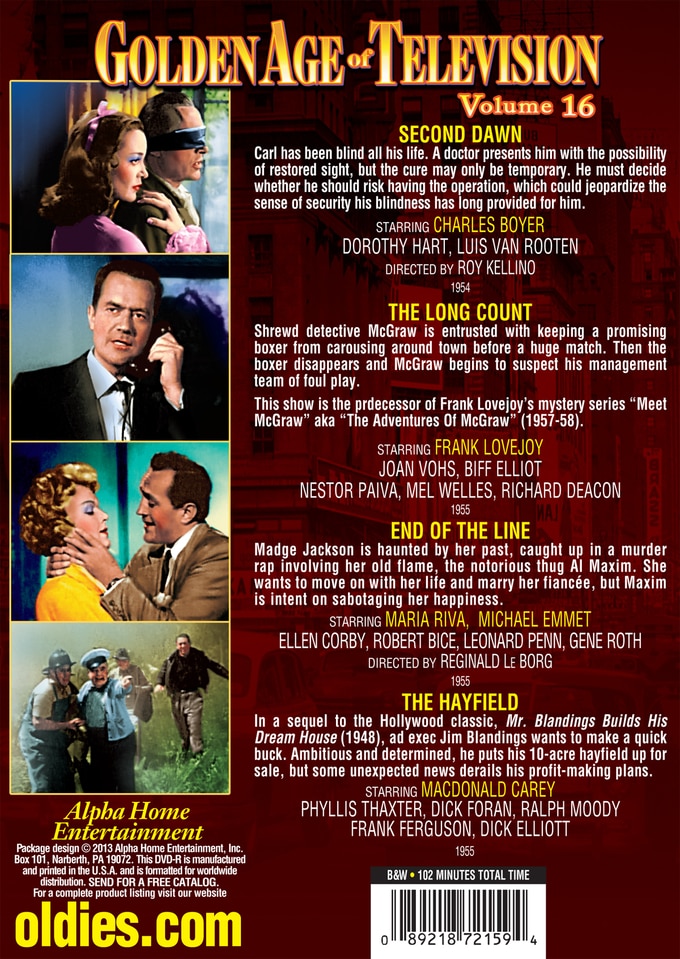 SECOND DAWN (1954): Carl has been blind all his life. A doctor presents him with the possibility of restored sight, but the cure may only be temporary. He must decide whether he should risk having the operation, which could jeopardize the sense of security his blindness has long provided for him. Starring Charles Boyer, Dorothy Hart, Luis Van Rooten; directed by Roy Kellino.

THE LONG COUNT (1955): Shrewd detective McGraw is entrusted with keeping a promising boxer from carousing around town before a huge match. Then the boxer disappears and McGraw begins to suspect his management team of foul play. This show is the predecessor of Frank Lovejoy's mystery series "Meet McGraw" aka "The Adventures Of McGraw" (1957-58). Starring Frank Lovejoy, Joan Vohs, Biff Elliot,Nestor Paiva, Mel Welles, Richard Deacon.

END OF THE LINE (1955): Madge Jackson is haunted by her past, caught up in a murder rap involving her old flame, the notorious thug Al Maxim. She wants to move on with her life and marry her fiancee, but Maxim is intent on sabotaging her happiness. Starring Maria Riva, Michael Emmet, Ellen Corby, Robert Bice, Leonard Penn, Gene Roth; directed by Reginald Le Borg.