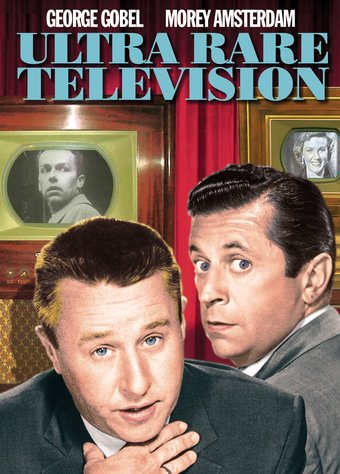 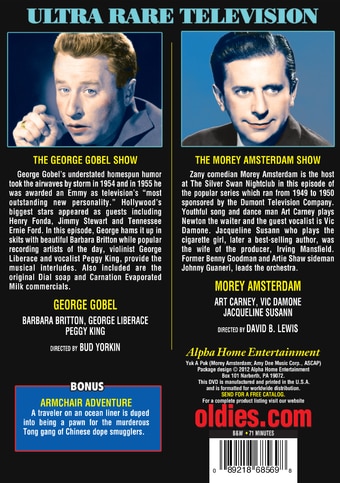 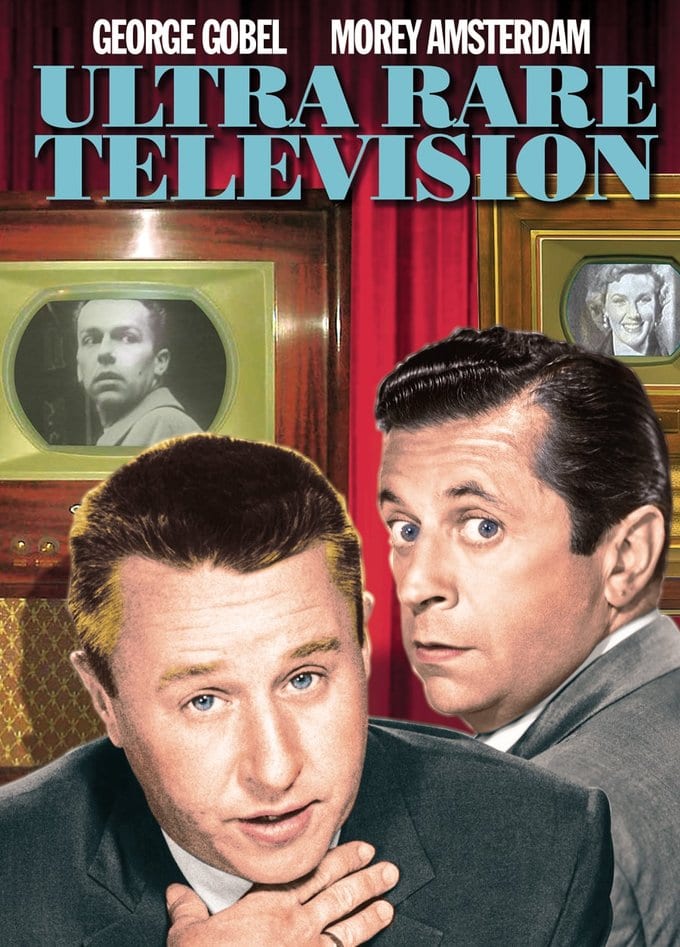 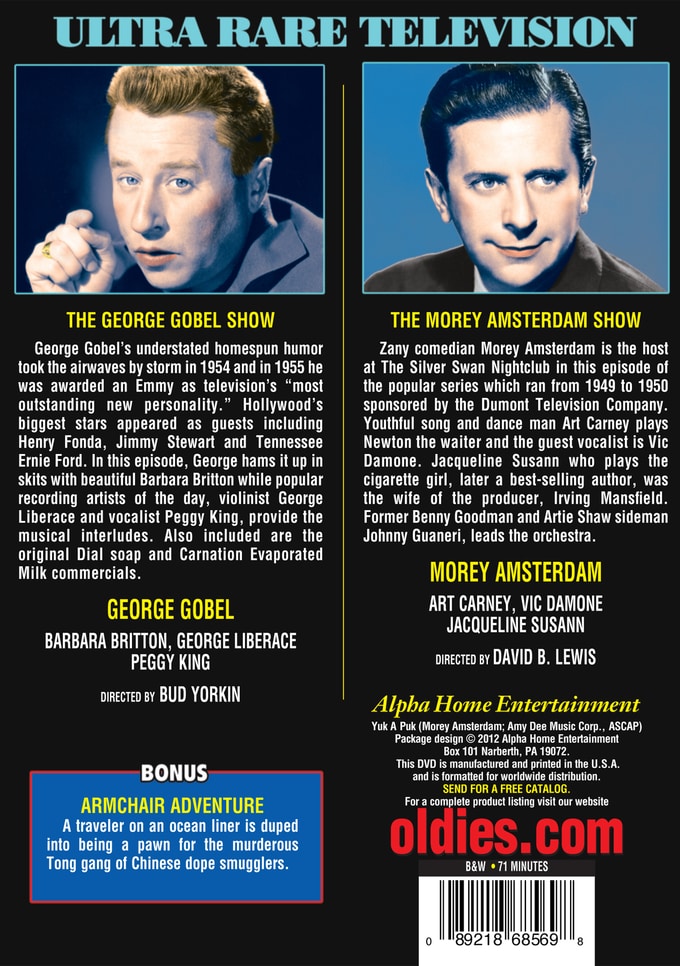 THE GEORGE GOBEL SHOW: George Gobel's understated homespun humor took the airwaves by storm in 1954 and in 1955 he was awarded an Emmy as television's "most outstanding new personality." Hollywood's biggest stars appeared as guests including Henry Fonda, Jimmy Stewart and Tennessee Ernie Ford. In this episode, George hams it up in skits with beautiful Barbara Britton while popular recording artists of the day, violinist George Liberace and vocalist Peggy King, provide the musical interludes. Also included are the original Dial soap and Carnation Evaporated Milk commercials.

THE MOREY AMSTERDAM SHOW : Zany comedian Morey Amsterdam is the host at The Silver Swan Nightclub in this episode of the popular series which ran from 1949 to 1950 sponsored by the Dumont Television Company. Youthful song and dance man Art Carney plays Newton the waiter and the guest vocalist is Vic Damone. Jacqueline Susann who plays the cigarette girl, later a best-selling author, was the wife of the producer, Irving Mansfield. Former Benny Goodman and Artie Shaw sideman Johnny Guaneri, leads the orchestra.

BONUS: ARMCHAIR ADVENTURE: A traveler on an ocean liner is duped into being a pawn for the murderous Tong gang of Chinese dope smugglers.