Cigarette Commercials from the 50s & 60s

Dozens of politically incorrect cigarette television commercials from the 1950s and 1960s. 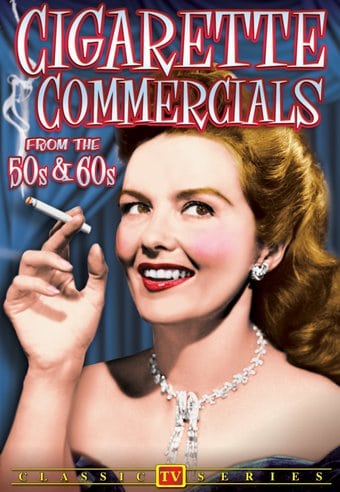 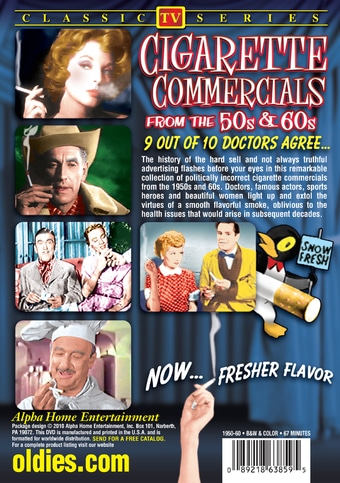 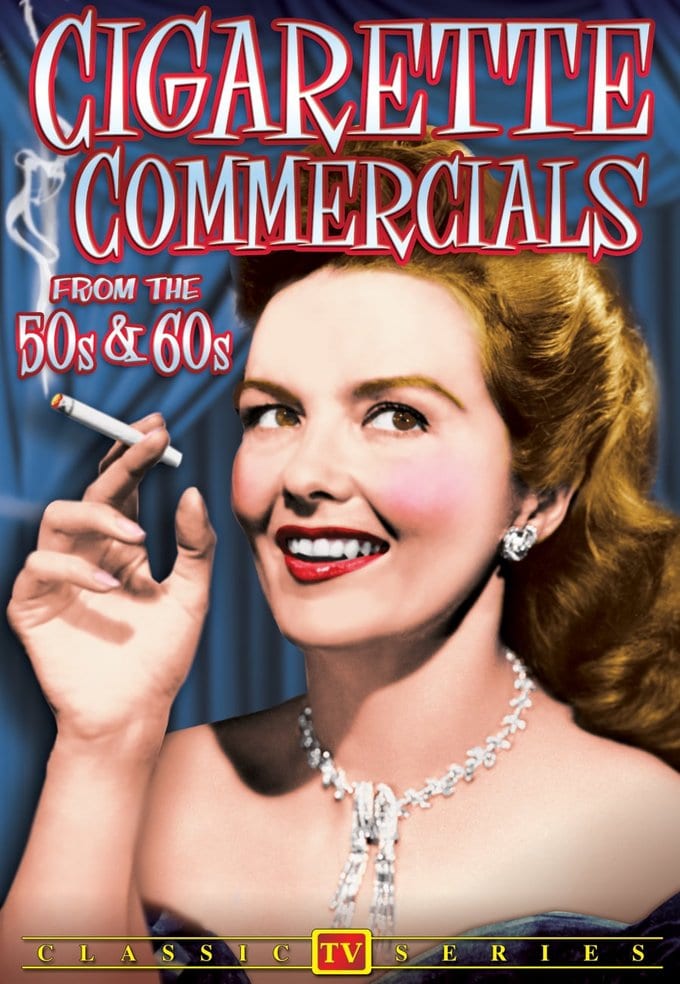 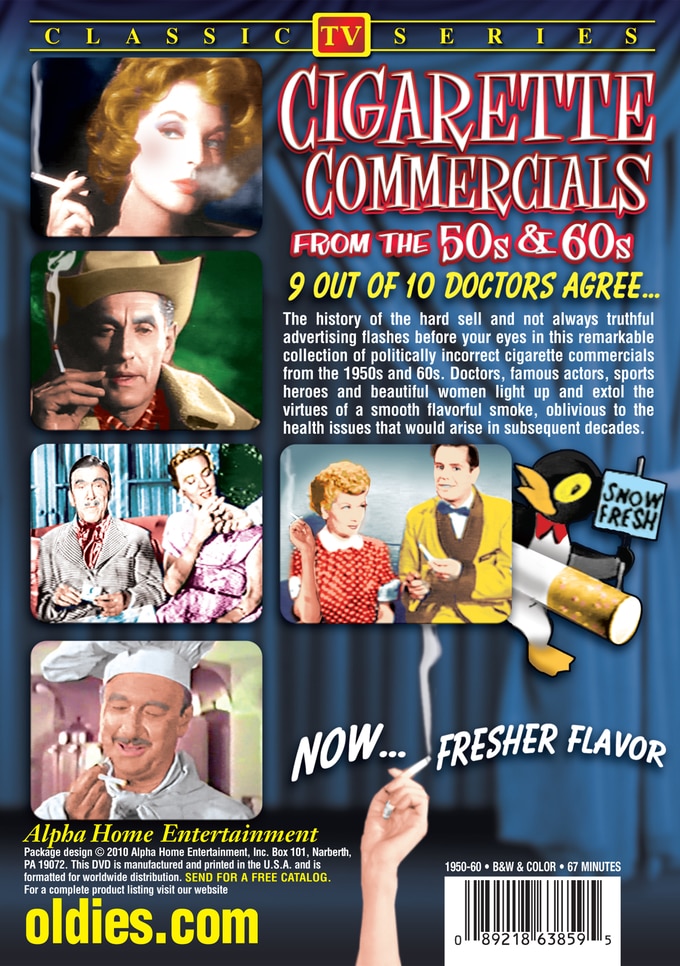 The history of the hard sell and not always truthful advertising flashes before your eyes in this remarkable collection of politically incorrect cigarette commercials from the 1950s and 60s. Doctors, famous actors, sports heroes and beautiful women light up and extol the virtues of a smooth flavorful smoke, oblivious to the health issues that would arise in subsequent decades.

This fascinating and sometimes hilarious release compiles a number of commercials for cigarettes - aired during the 1950's and 1960's, when TV ads for cigarettes were legal, and attitudes about smoking were radically different. In addition to promoting the practice as healthy, the ads also feature awesomely out of date attitudes about gender, society, and everything else.

Compilation | Commercials
This product is made-on-demand by the manufacturer using DVD-R recordable media. Almost all DVD players can play DVD-Rs (except for some older models made before 2000) - please consult your owner's manual for formats compatible with your player. These DVD-Rs may not play on all computers or DVD player/recorders. To address this, the manufacturer recommends viewing this product on a DVD player that does not have recording capability.


I really don;t know how you rate a documentary like this. It's not even a documentary - just a collection of now incorrect ads for cigarettes from the 1950's and 1960's. Unfortunately, I remembered many of them and, I'm sorry to say, smoked like a chimney. Having kicked the habit quite some time ago, I found this film interesting if, for no other reason, nostalgic purposes. It's amazing, looking back, how tobacco companies used any and every way to sell their product.