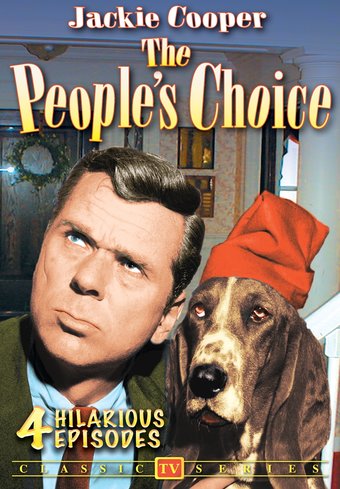 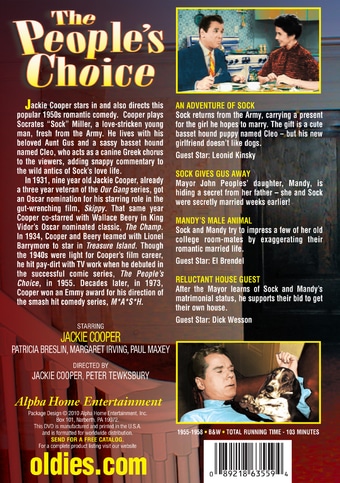 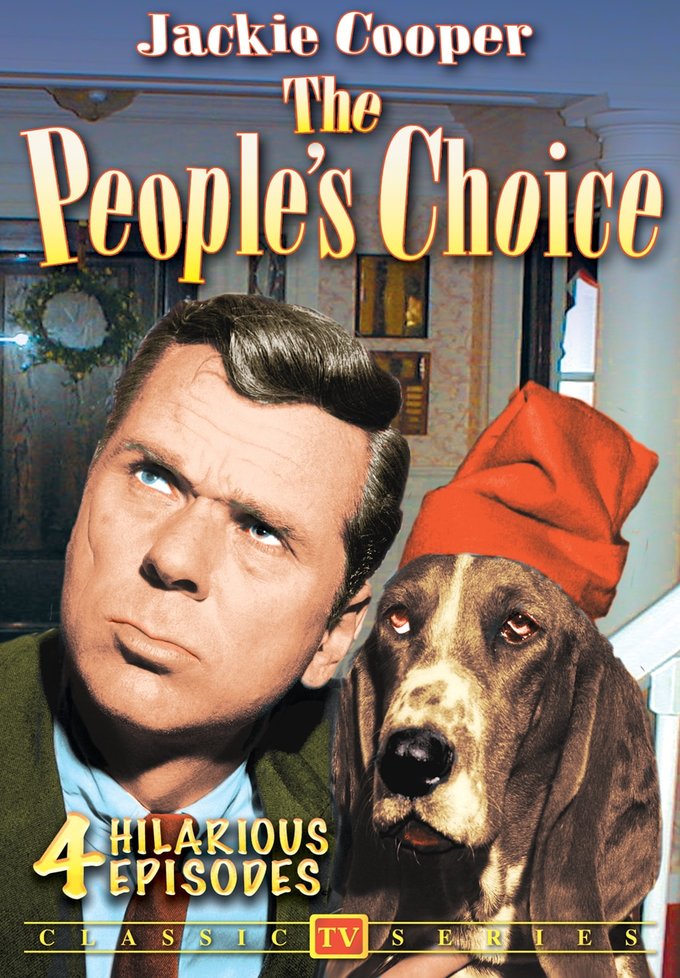 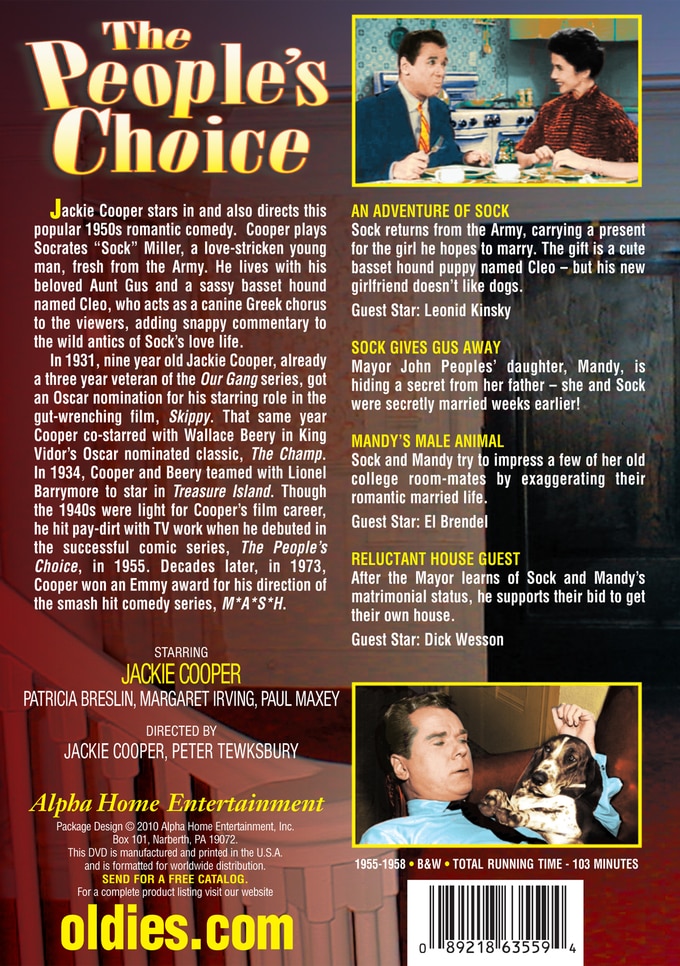 Jackie Cooper stars in and also directs this popular 1950s romantic comedy. Cooper plays Socrates "Sock" Miller, a love-stricken young man, fresh from the Army. He lives with his beloved Aunt Gus and a sassy basset hound named Cleo, who acts as a canine Greek chorus to the viewers, adding snappy commentary to the wild antics of Sock's love life.

In 1931, nine year old Jackie Cooper, already a three year veteran of the "Our Gang" series, got an Oscar nomination for his starring role in the gut-wrenching film, Skippy. That same year Cooper co-starred with Wallace Beery in King Vidor's Oscar nominated classic, The Champ. In 1934, Cooper and Beery teamed with Lionel Barrymore to star in Treasure Island. Though the 1940s were light for Cooper's film career, he hit pay-dirt with TV work when he debuted in the successful comic series, "The People's Choice," in 1955. Decades later, in 1973, Cooper won an Emmy award for his direction of the smash hit comedy series, "M*A*S*H."

An Adventure of Sock: Sock returns from the Army, carrying a present for the girl he hopes to marry. The gift is a cute basset hound puppy named Cleo - but his new girlfriend doesn't like dogs. Guest Star: Leonid Kinsky

Sock Gives Gus Away: Mayor John Peoples' daughter, Mandy, is hiding a secret from her father - she and Sock were secretly married weeks earlier!

Reluctant House Guest: After the Mayor learns of Sock and Mandy's matrimonial status, he supports their bid to get their own house. Guest Star: Dick Wesson


THIS LONG FORGOTTEN SHOW HAS NOT BEEN SEEN IN MANY YEARS! I WISH THE WHOLE SERIES WOULD COME OUT ON DVD!


This was a great show with a somewhat unusual storyline. All the actors were grear, and Clio the talking dog stole the show. I remember one episode which had a fantasy sequence in which all the cast were cavemen. Great!