Rare TV Pilots: Starr of the Yankees / Meet the Family / Lines and Fines / The Nut House

A 4-episode collection of extremely rare (and some politically incorrect!) television pilots. 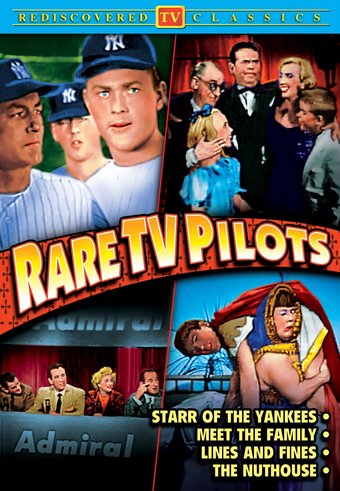 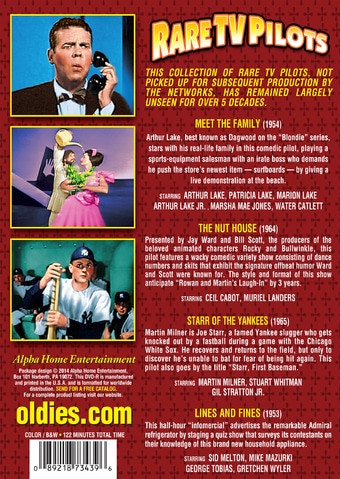 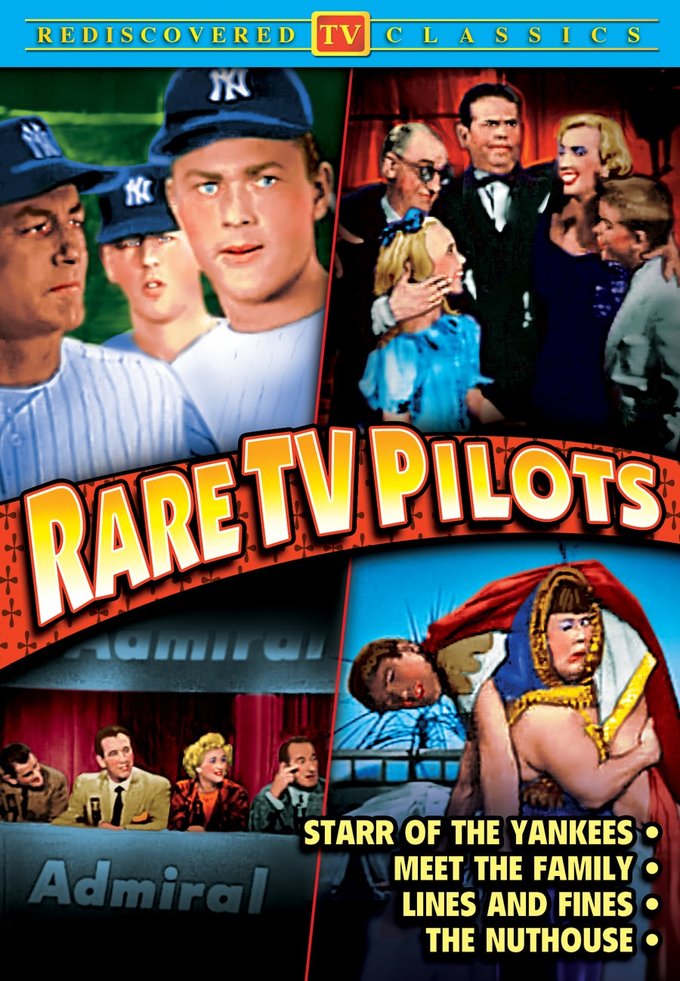 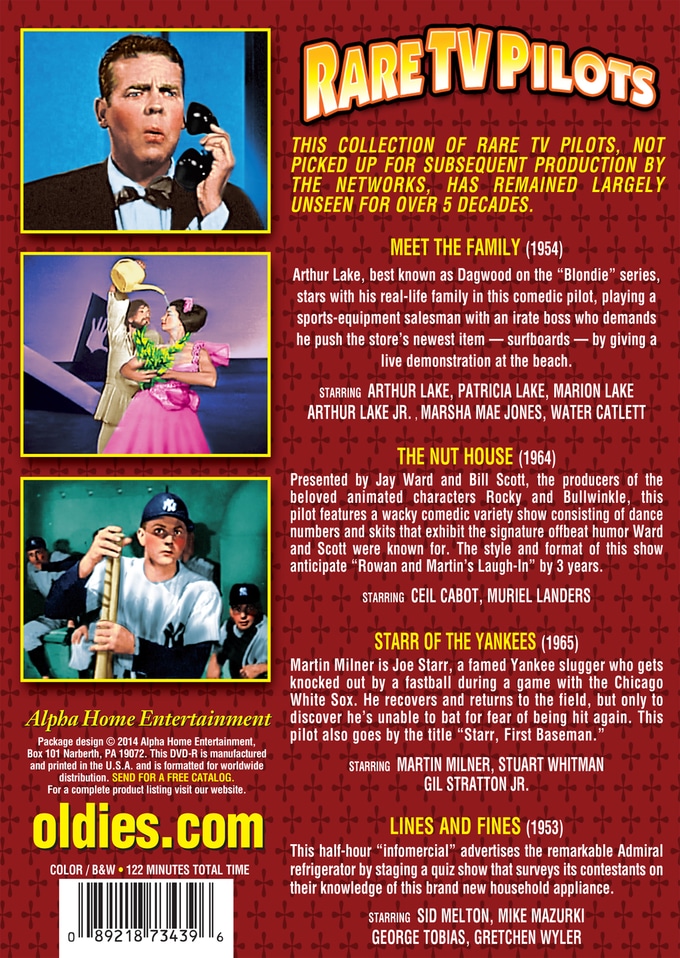 This collection of rare TV pilots, not picked up for subsequent production by the networks, has remained largely unseen for over 5 decades.

Meet the family (1954): Arthur Lake, best known as Dagwood on the "Blondie" series, stars with his real-life family in this comedic pilot, playing a sports-equipment salesman with an irate boss who demands he push the store's newest item -- surfboards -- by giving a live demonstration at the beach. Starring Arthur Lake, Patricia Lake, Marion Lake, Arthur Lake, Jr., Marsha Mae Jones and Water Catlett.

THE NUT HOUSE (1964): Presented by Jay Ward and Bill Scott, the producers of the beloved animated characters Rocky and Bullwinkle, this pilot features a wacky comedic variety show consisting of dance numbers and skits that exhibit the signature offbeat humor Ward and Scott were known for. The style and format of this show anticipate "Rowan and Martin's Laugh-In" by 3 years. Starring Ceil Cabot and Muriel Landers.

STARR OF THE YANKEES (1965): Martin Milner is Joe Starr, a famed Yankee slugger who gets knocked out by a fastball during a game with the Chicago White Sox. He recovers and returns to the field, but only to discover he's unable to bat for fear of being hit again. This pilot also goes by the title "Starr, First Baseman." Starring Martin Milner, Stuart Whitman and Gil Stratton, Jr.

LINES AND FINES (1953): This half-hour "infomercial" advertises the remarkable Admiral refrigerator by staging a quiz show that surveys its contestants on their knowledge of this brand new household appliance. Starring Sid Melton, Mike Mazurki, George Tobias and Gretchen Wyler.