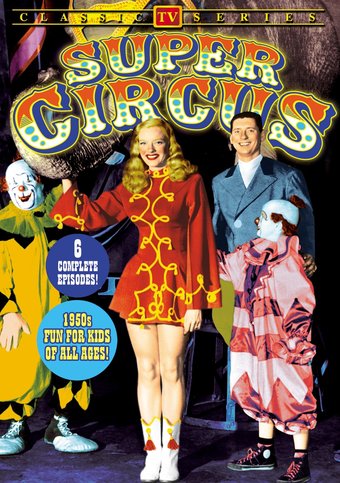 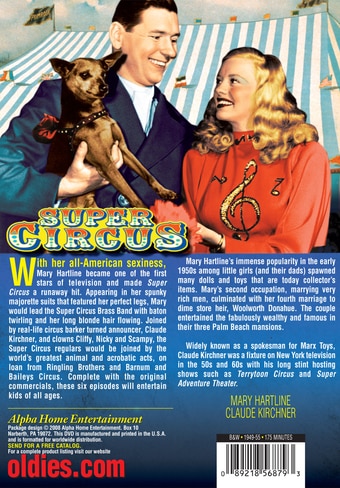 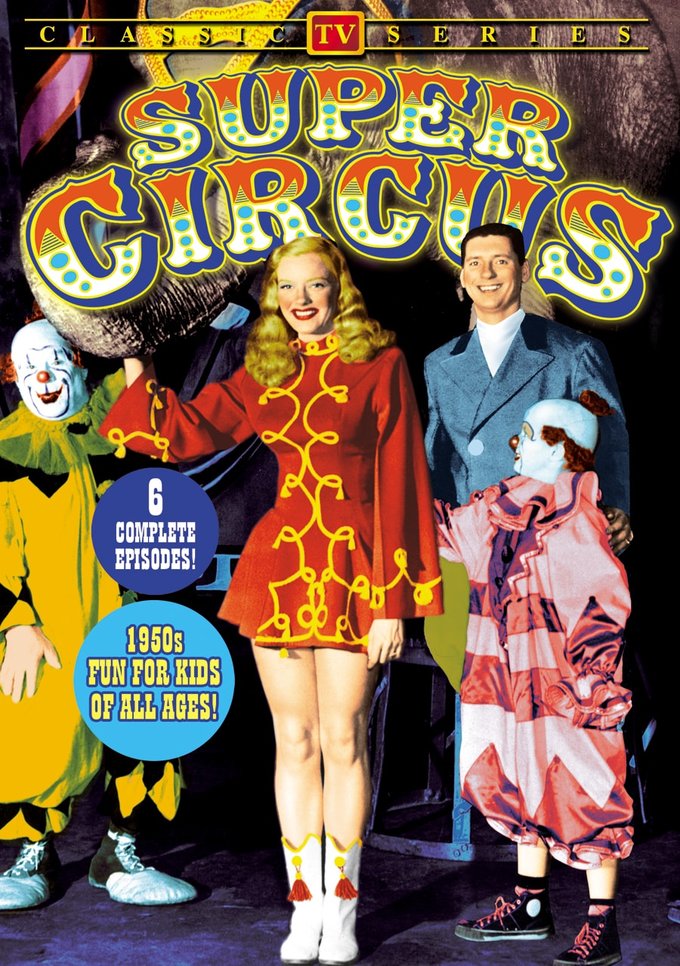 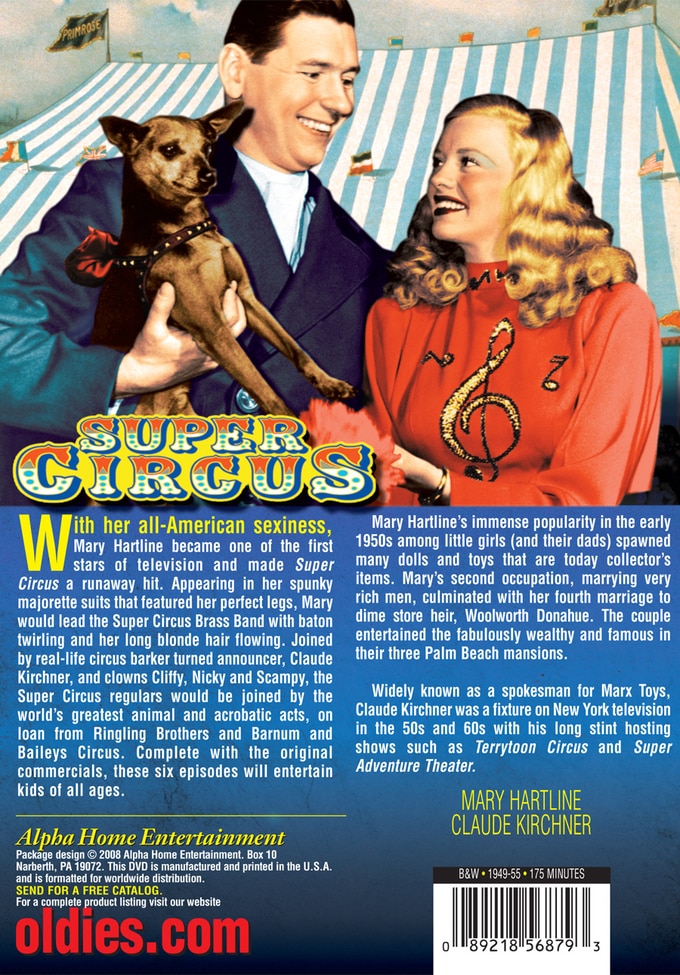 With her all-American sexiness, Mary Hartline became one of the first stars of television and made Super Circus a runaway hit. Appearing in her spunky majorette suits that featured her perfect legs, Mary would lead the Super Circus Brass Band with baton twirling and her long blonde hair flowing. Joined by real-life circus barker turned announcer, Claude Kirchner, and clowns Cliffy, Nicky and Scampy, the Super Circus regulars would be joined by the world's greatest animal and acrobatic acts, on loan from Ringling Brothers and Barnum and Baileys Circus. Complete with the original commercials, these six episodes will entertain kids of all ages.

Mary Hartline's immense popularity in the early 1950s among little girls (and their dads) spawned many dolls and toys that are today collector's items. Mary's second occupation, marrying very rich men, culminated with her fourth marriage to dime store heir, Woolworth Donahue. The couple entertained the fabulously wealthy and famous in their three Palm Beach mansions.

Widely known as a spokesman for Marx Toys, Claude Kirchner was a fixture on New York television in the 50s and 60s with his long stint hosting shows such as Terrytoon Circus and Super Adventure Theater.

Television Shows
This product is made-on-demand by the manufacturer using DVD-R recordable media. Almost all DVD players can play DVD-Rs (except for some older models made before 2000) - please consult your owner's manual for formats compatible with your player. These DVD-Rs may not play on all computers or DVD player/recorders. To address this, the manufacturer recommends viewing this product on a DVD player that does not have recording capability.