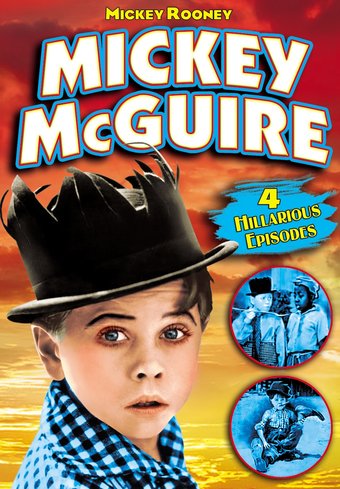 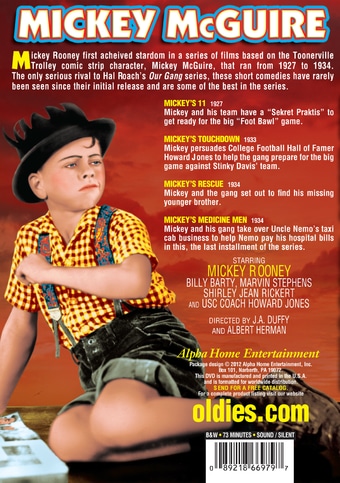 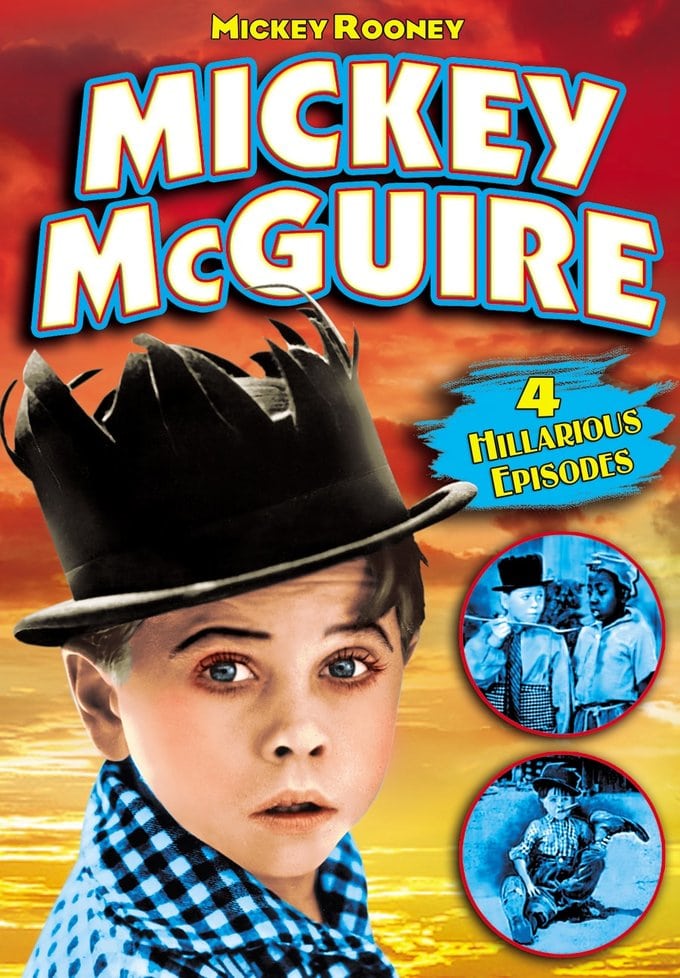 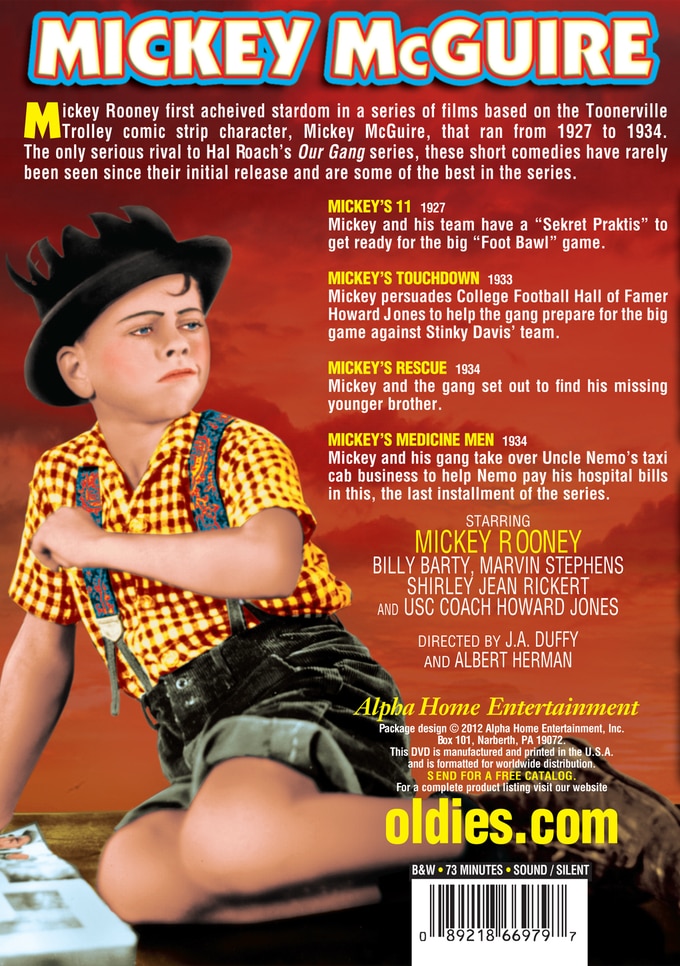 Mickey Rooney first achieved stardom in a series of films based on the Toonerville Trolley comic strip character, Mickey McGuire, that ran from 1927 to 1934. The only serious rival to Hal Roach's Our Gang series, these short comedies have rarely been seen since their initial release and are some of the best in the series.

Mickey's 11: Mickey and his team have a "Sekret Praktis" to get ready for the big "Foot Bawl" game.

Mickey's Rescue: Mickey and the gang set out to find his missing younger brother.

Mickey's Medicine Men: Mickey and his gang take over Uncle Nemo's taxi cab business to help Nemo pay his hospital bills in this, the last installment of the series.