A radio broadcaster is threatened with death after he reports on a string of society murders. 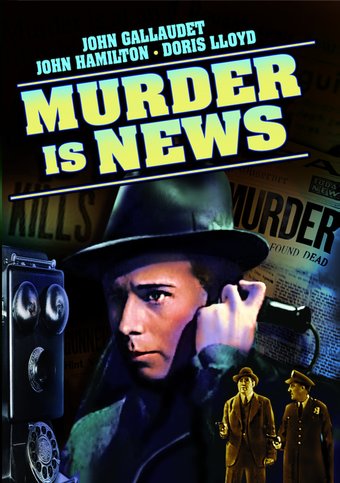 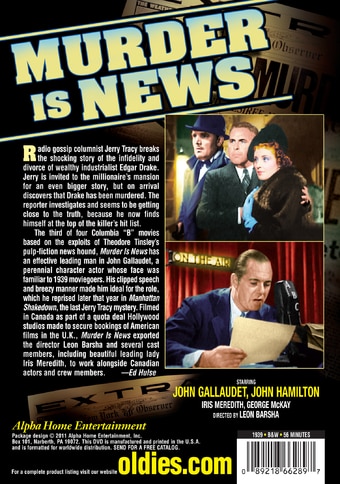 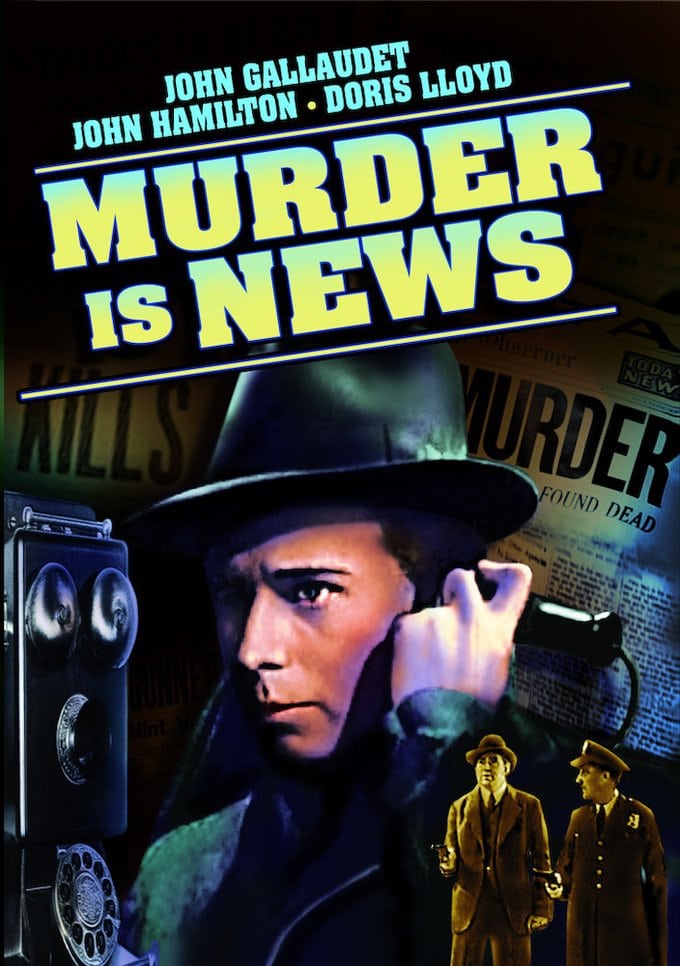 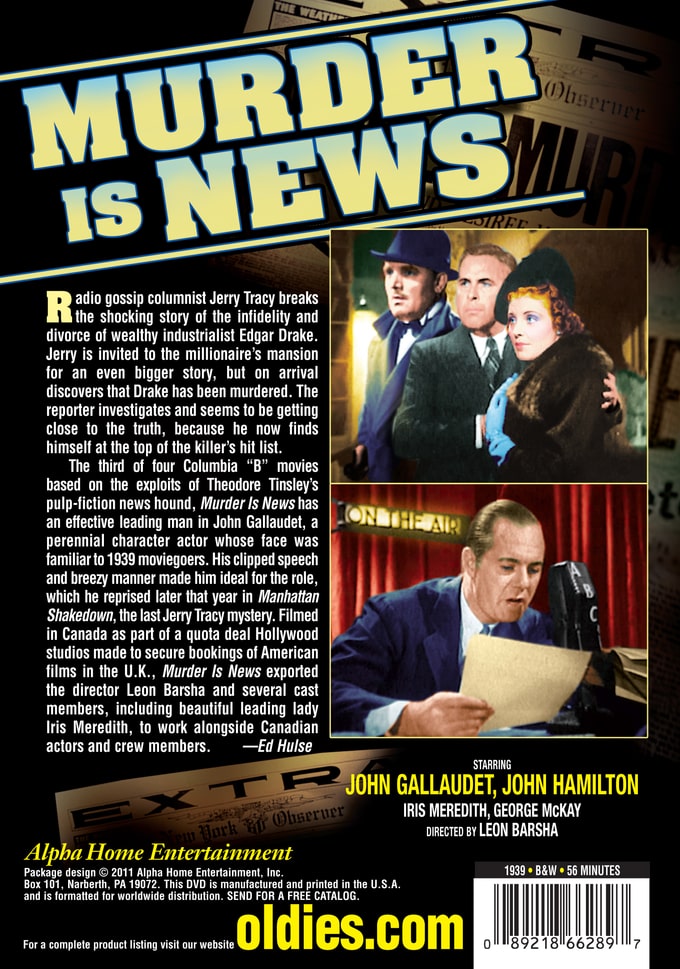 Radio gossip columnist Jerry Tracy breaks the shocking story of the infidelity and divorce of wealthy industrialist Edgar Drake. Jerry is invited to the millionaire's mansion for an even bigger story, but on arrival discovers that Drake has been murdered. The reporter investigates and seems to be getting close to the truth, because he now finds himself at the top of the killer's Hit List.

The third of four Columbia "B" movies based on the exploits of Theodore Tinsley's popular pulp-fiction newshound, Murder Is News has an effective leading man in John Gallaudet, a perennial character actor whose face was familiar to 1939 moviegoers. His clipped speech and breezy manner made him ideal for the role, which he reprised later that year in Manhattan Shakedown, the last Jerry Tracy mystery. Produced in Canada as part of a quota deal Hollywood studios made to secure bookings of American films in the U.K., Murder Is News exported director Leon Barsha and several cast members - including beautiful leading lady Iris Meredith - who worked alongside Canadian actors and crew members.

Versatile character actor (and offscreen golf pro) John Gallaudet is afforded a leading role in the 1939 cheapie MURDER IS NEWS. When business magnate Edgar Drake (William McIntyre) decides to get even with his cheating wife Pauline (Doris Lloyd) and her attorney lover David Corning (John Hamilton), it's dollars to doughnuts that someone's going to wind up dead. Problem is, the victim is Drake himself. So who "done it": The wife, the lover, or Drake's own son, a popular orchestra leader' With the help of his "leg man" Brains McGillicudy (George McKay), Winchellesque radio commentator Jerry Tracy (Gallaudet) hopes to crack the case. The presence of Columbia contractees Gallaudet, McKay and Iris Meredith suggests that MURDER IS NEWS was originally a Columbia picture, sold to fly-by-night Warwick Films for a quick turnover.