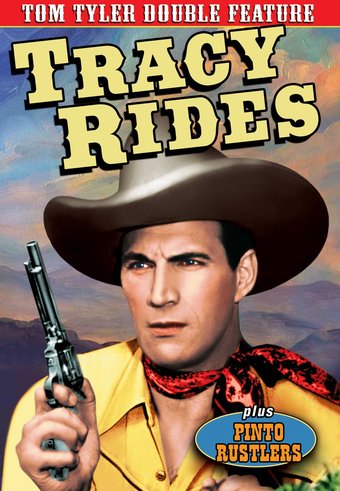 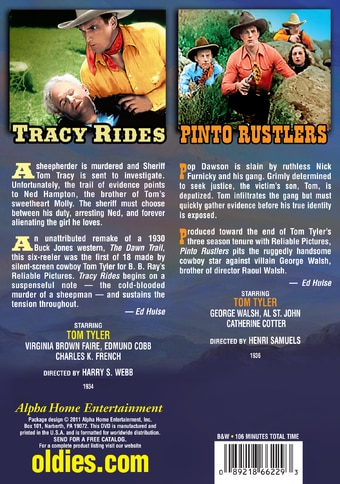 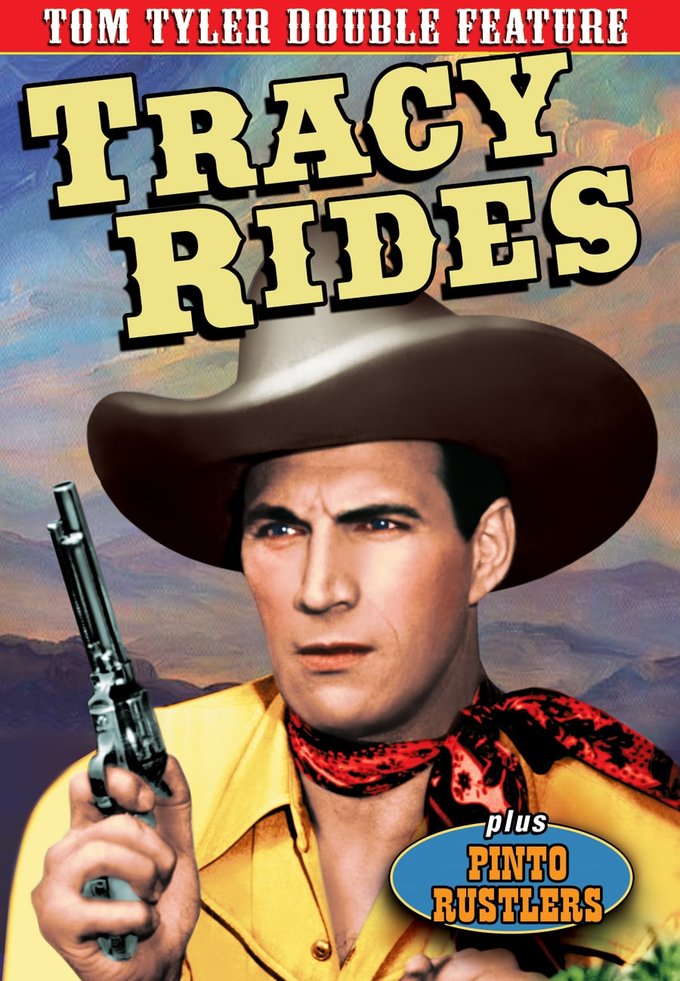 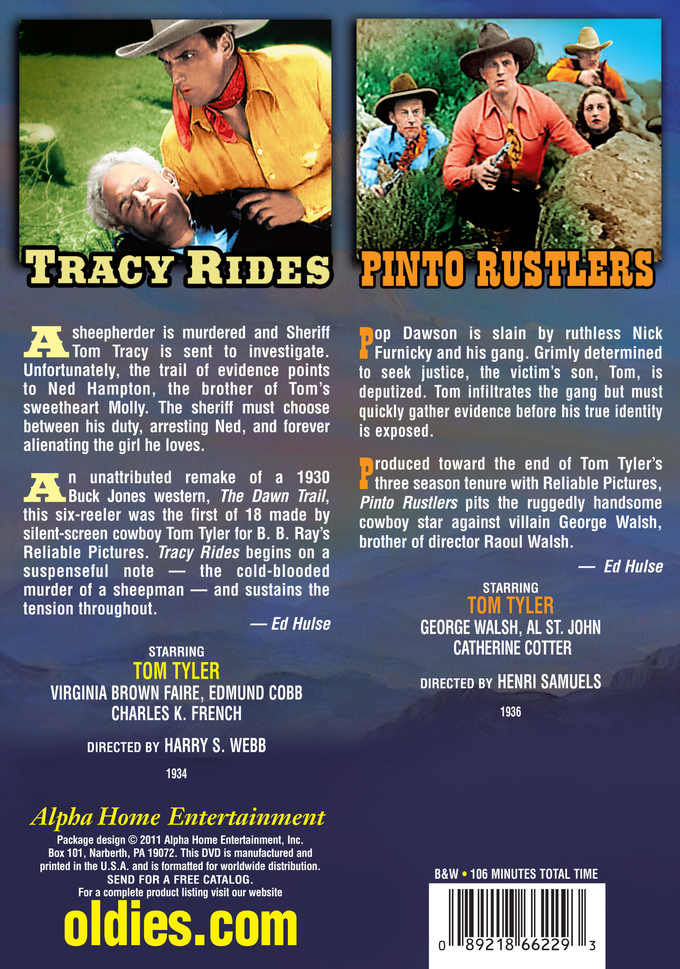 Tracy Rides (1934, B&W): A sheepherder is murdered and Sheriff Tom Tracy is sent to investigate. Unfortunately, the trail of evidence points to Ned Hampton, the brother of Tom's sweetheart Molly. The sheriff must choose between his duty, arresting Ned, and forever alienating the girl he loves. An unattributed remake of a 1930 Buck Jones western, The Dawn Trail, this six-reeler was the first of 18 made by silent-screen cowboy Tom Tyler for B. B. Ray's Reliable Pictures. Tracy Rides begins on a suspenseful note - the cold-blooded murder of a sheepman - and sustains the tension throughout.