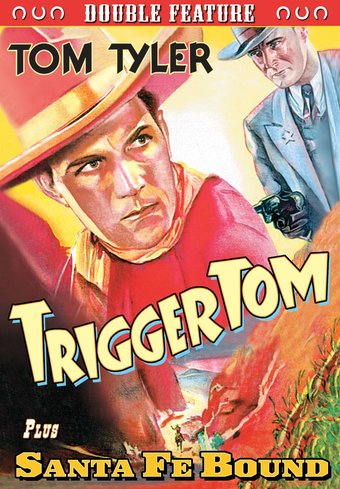 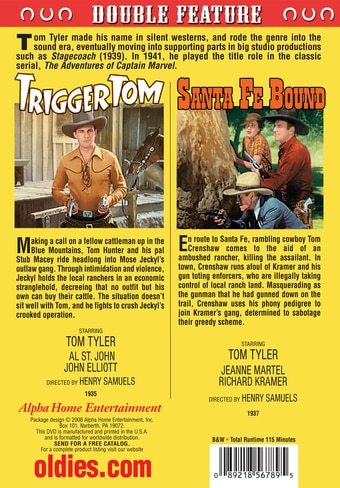 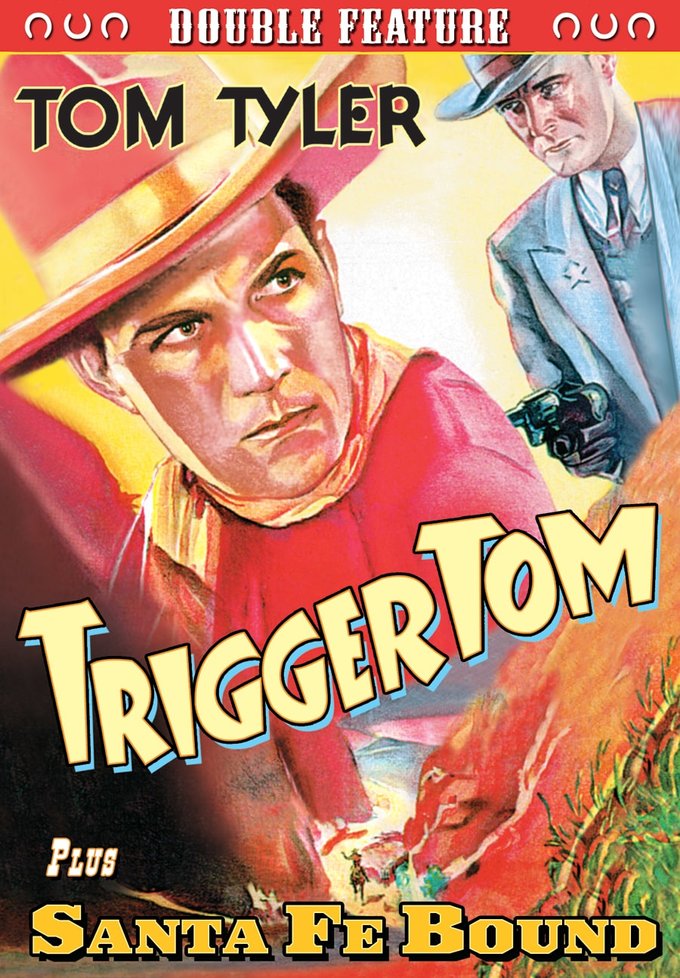 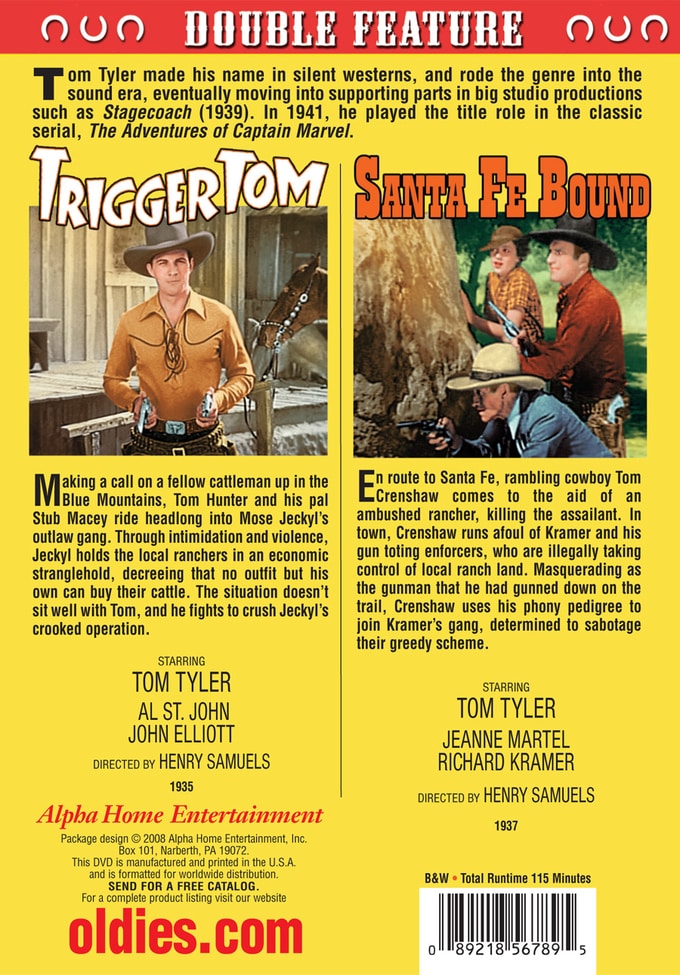 Tom Tyler made his name in silent westerns, and rode the genre into the sound era, eventually moving into supporting parts in big studio productions such as Stagecoach (1939). In 1941, he played the title role in the classic serial, The Adventures of Captain Marvel.

Trigger Tom (B&W, 1935): Making a call on a fellow cattleman up in the Blue Mountains, Tom Hunter and his pal Stub Macey ride headlong into Mose Jeckyl's outlaw gang. Through intimidation and violence, Jeckyl holds the local ranchers in an economic stranglehold, decreeing that no outfit but his own can buy their cattle. The situation doesn't sit well with Tom, and he fights to crush Jeckyl's crooked operation. Starring Tom Tyler, Al St. John, John Elliott.

Santa Fe Bound (B&W, 1937): En route to Santa Fe, rambling cowboy Tom Crenshaw comes to the aid of an ambushed rancher, killing the assailant. In town, Crenshaw runs afoul of Kramer and his gun toting enforcers, who are illegally taking control of local ranch land. Masquerading as the gunman that he had gunned down on the trail, Crenshaw uses his phony pedigree to join Kramer's gang, determined to sabotage their greedy scheme. Starring Tom Tyler, Jeanne Martel, Richard Kramer.