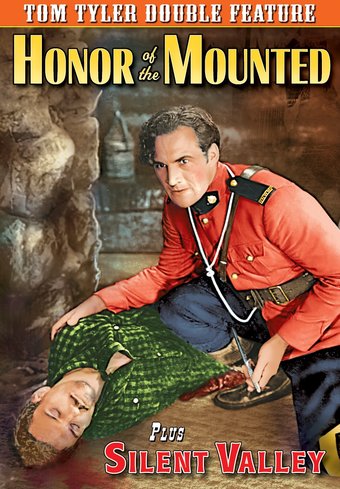 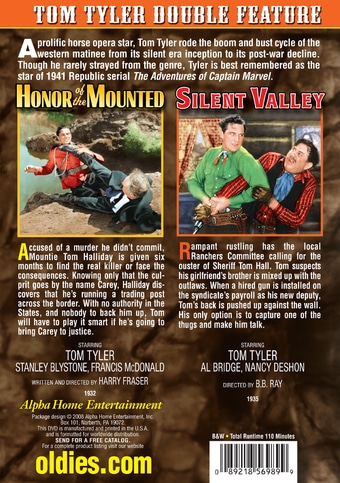 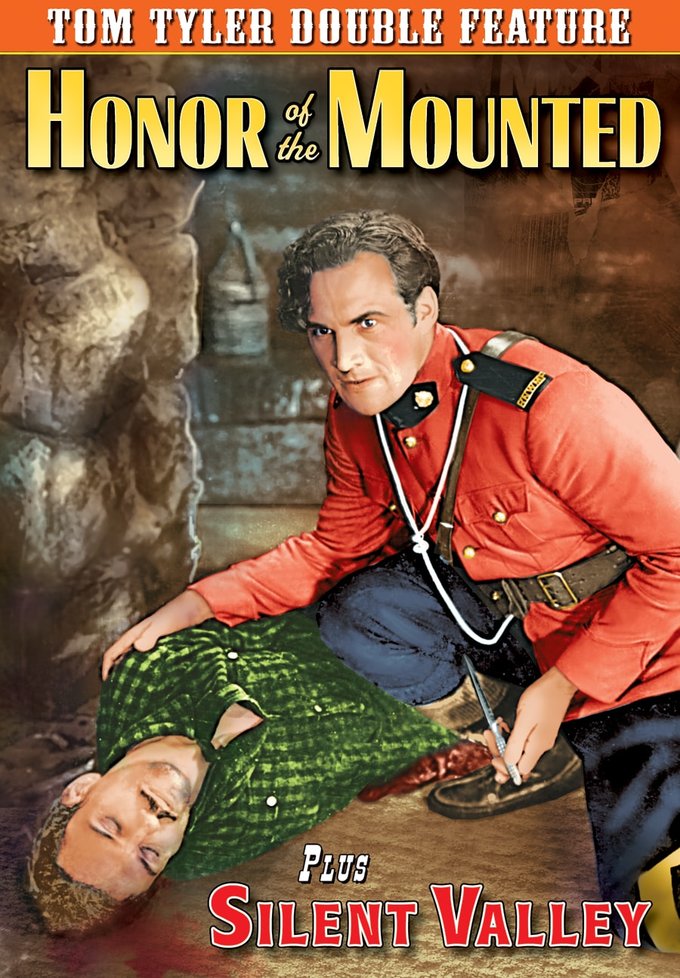 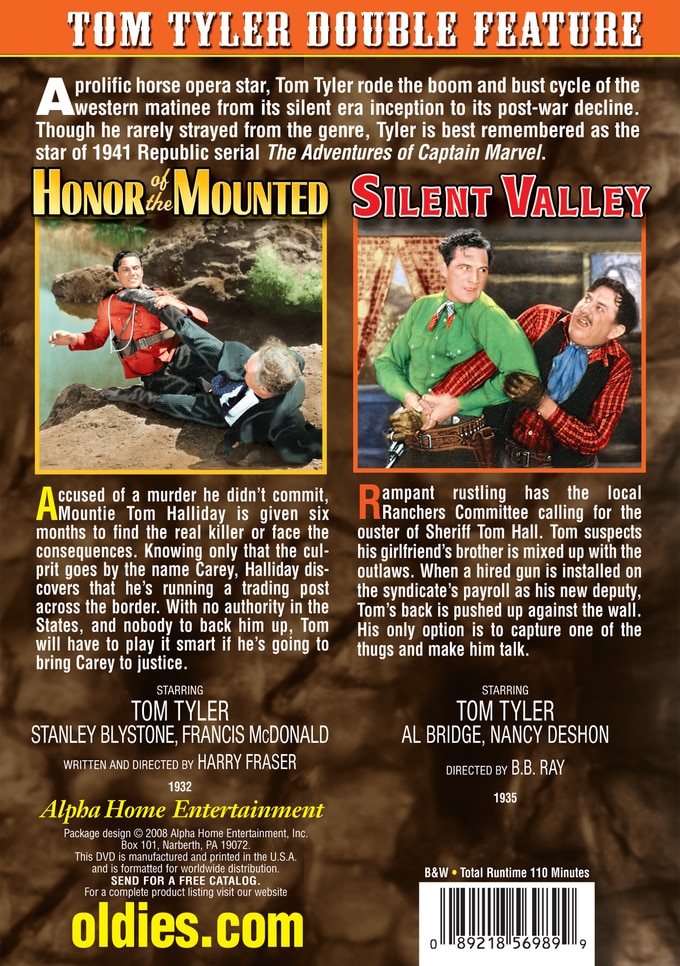 A prolific horse opera star, Tom Tyler rode the boom and bust cycle of the western matinee from its silent era inception to its post-war decline. Though he rarely strayed from the genre, Tyler is best remembered as the star of 1941 Republic serial, The Adventures of Captain Marvel.

Honor of the Mounted (1932, B&W): Accused of a murder he didn't commit, Mountie Tom Halliday is given six months to find the real killer or face the consequences. Knowing only that the culprit goes by the name Carey, Halliday discovers that he's running a trading post across the border. With no authority in the States, and nobody to back him up, Tom will have to play it smart if he's going to bring Carey to justice.

Silent Valley (1935, B&W): Rampant rustling has the local Ranchers Committee calling for the ouster of Sheriff Tom Hall. Tom suspects his girlfriend's brother is mixed up with the outlaws. When a hired gun is installed on the syndicate's payroll as his new deputy, Tom's back is pushed up against the wall. His only option is to capture one of the thugs and make him talk.