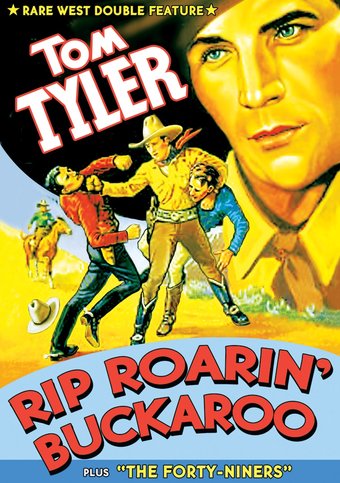 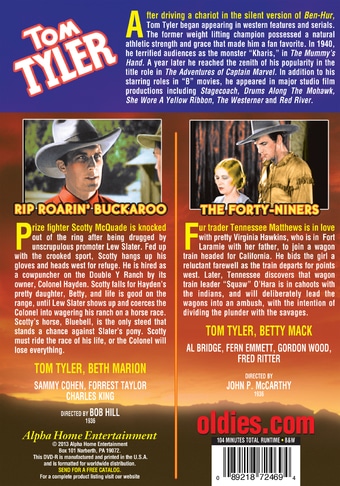 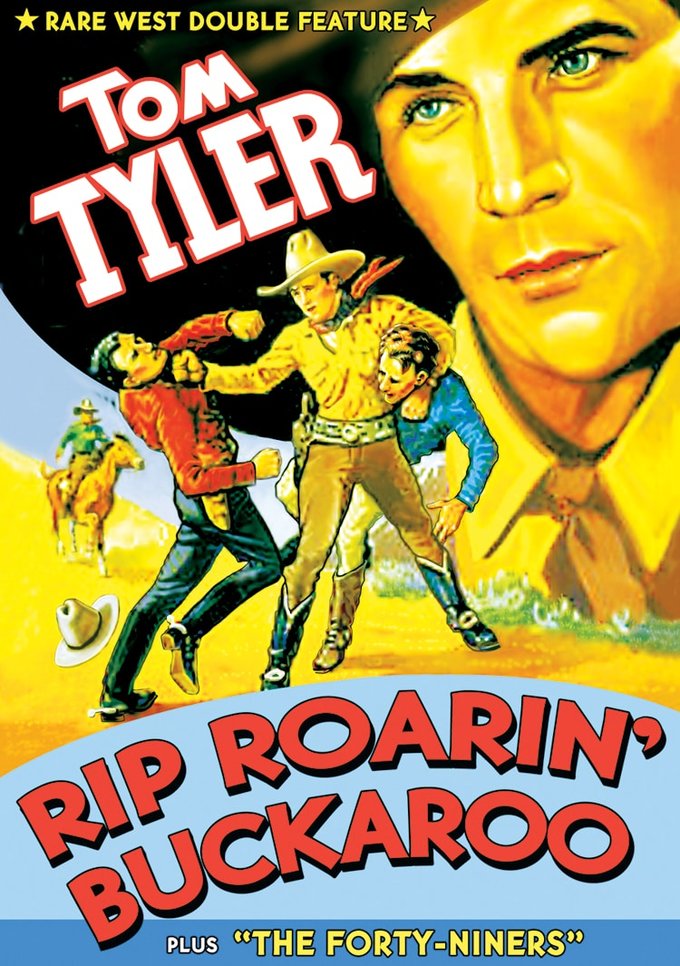 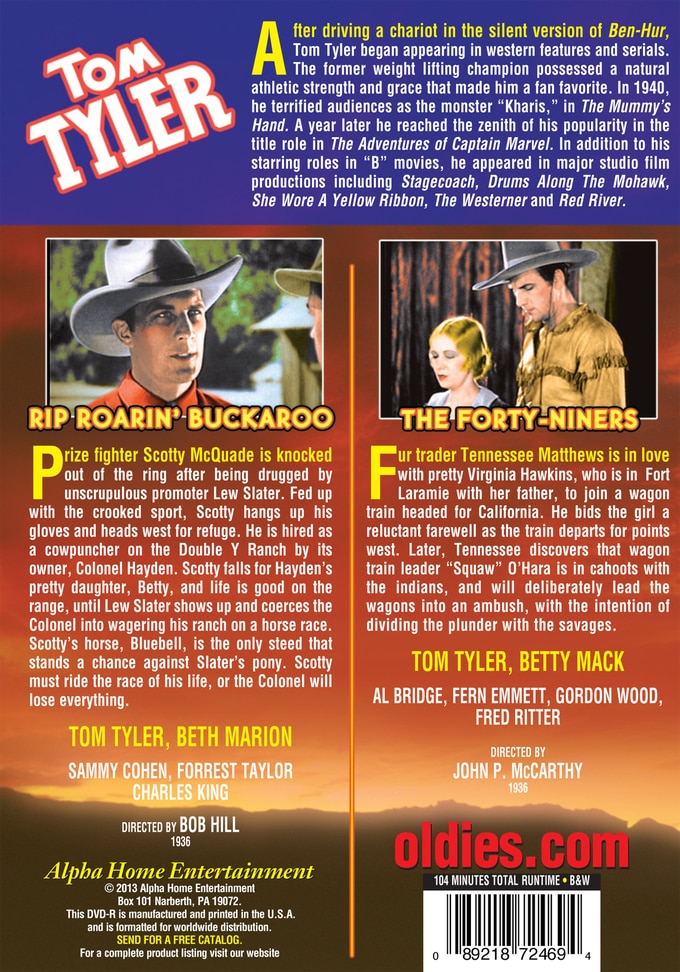 After driving a chariot in the silent version of Ben-Hur, Tom Tyler began appearing in western features and serials. The former weight lifting champion possessed a natural athletic strength and grace that made him a fan favorite. In 1940, he terrified audiences as the monster "Kharis," in The Mummy's Hand. A year later he reached the zenith of his popularity in the title role in The Adventures of Captain Marvel. In addition to his starring roles in "B" movies, he appeared in major studio film productions including Stagecoach, Drums Along The Mohawk, She Wore A Yellow Ribbon, The Westerner and Red River.

Rip Roarin' Buckaroo (1936, B&W): Prize fighter Scotty McQuade is knocked out of the ring after being drugged by unscrupulous promoter Lew Slater. Fed up with the crooked sport, Scotty hangs up his gloves and heads west for refuge. He is hired as a cowpuncher on the Double Y Ranch by its owner, Colonel Hayden. Scotty falls for Hayden's pretty daughter, Betty, and life is good on the range, until Lew Slater shows up and coerces the Colonel into wagering his ranch on a horse race. Scotty's horse, Bluebell, is the only steed that stands a chance against Slater's pony. Scotty must ride the race of his life, or the Colonel will lose everything. Stars Tom Tyler and Beth Marion; directoed by Bob Hill.

The Forty-Niners (1936, B&W): Fur trader Tennessee Matthews is in love with pretty Virginia Hawkins, who is in Fort Laramie with her father, to join a wagon train headed for California. He bids the girl a reluctant farewell as the train departs for points west. Later, Tennessee discovers that wagon train leader "Squaw" O'Hara is in cahoots with the indians, and will deliberately lead the wagons into an ambush, with the intention of dividing the plunder with the savages. Stars Tom Tyler and Betty Mack; directed by John P. McCarthy.