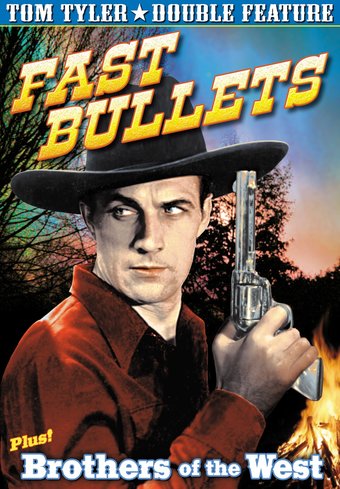 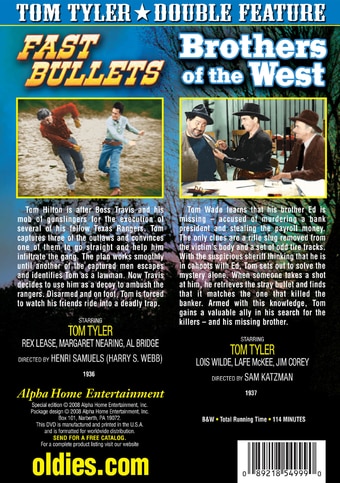 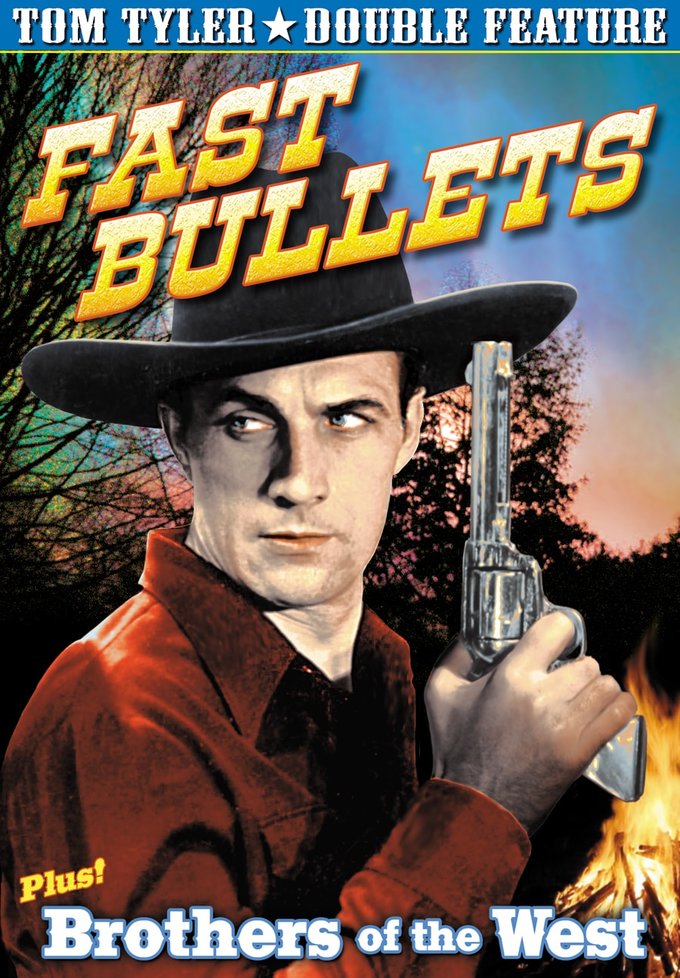 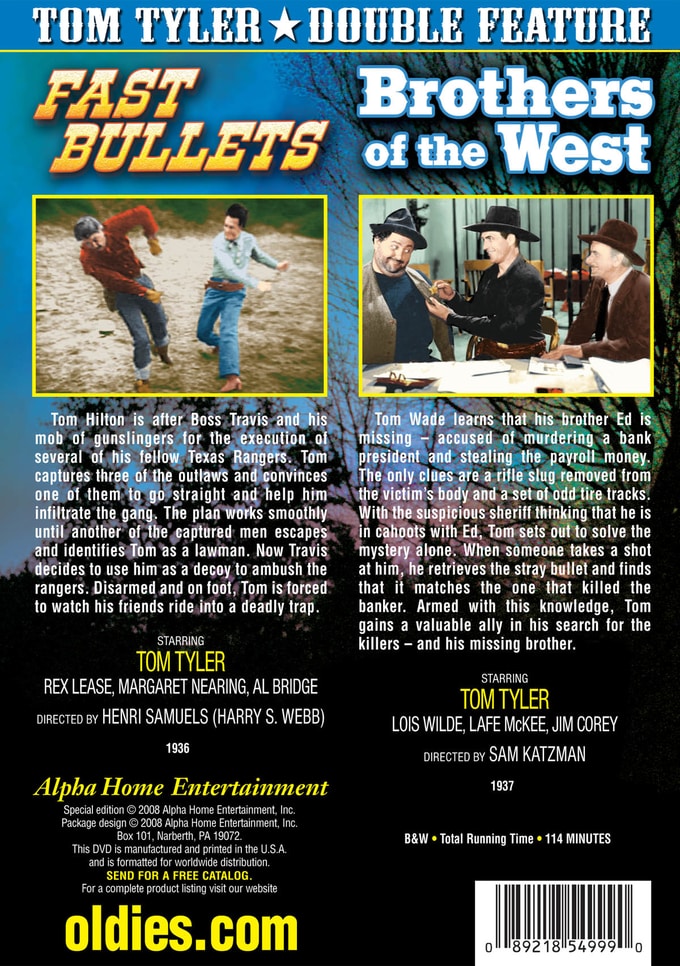 Fast Bullets (1936, B&W): Tom Hilton is after Boss Travis and his mob of gunslingers for the execution of several of his fellow Texas Rangers. Tom captures three of the outlaws and convinces one of them to go straight and help him infiltrate the gang. The plan works smoothly until another of the captured men escapes and identifies Tom as a lawman. Now Travis decides to use him as a decoy to ambush the rangers. Disarmed and on foot, Tom is forced to watch his friends ride into a deadly trap.

Brothers of the West (1937, B&W): Tom Wade learns that his brother Ed is missing - accused of murdering a bank president and stealing the payroll money. The only clues are a rifle slug removed from the victim's body and a set of odd tire tracks. With the suspicious sheriff thinking that he is in cahoots with Ed, Tom sets out to solve the mystery alone. When someone takes a shot at him, he retrieves the stray bullet and finds that it matches the one that killed the banker. Armed with this knowledge, Tom gains a valuable ally in his search for the killers - and his missing brother.

FAST BULLETS: In a search for murderers, Tyler goes undercover among a gang of bandits. But when his identity is revealed, the Texas Ranger will have to use his wits to get himself out of a dangerous situation.

BROTHERS OF THE WEST: Tyler sets out to clear the name of his brother in this western murder mystery.