A bumpkin is tricked into becoming the sheriff of the toughest town in the western territory. 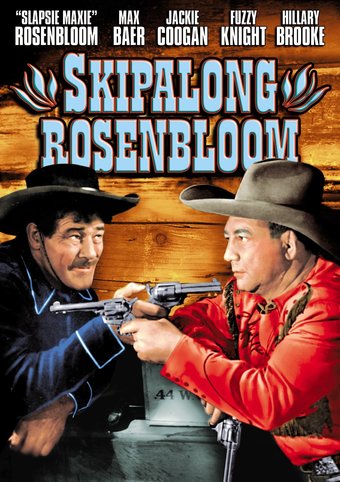 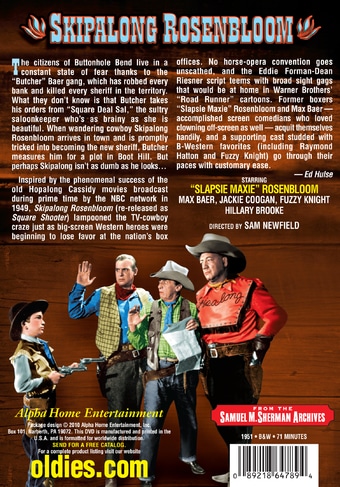 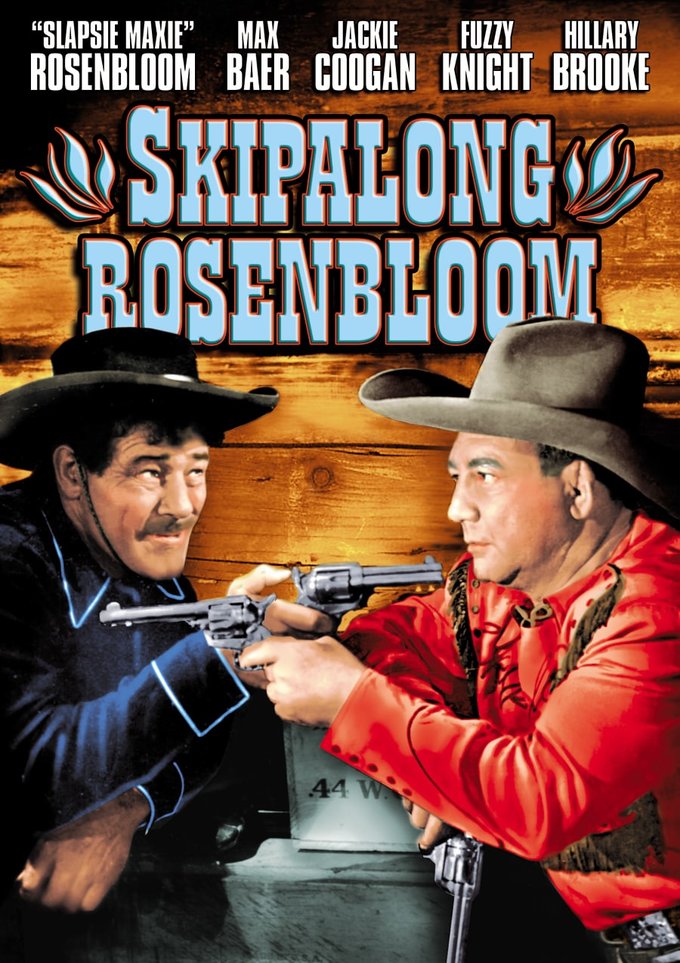 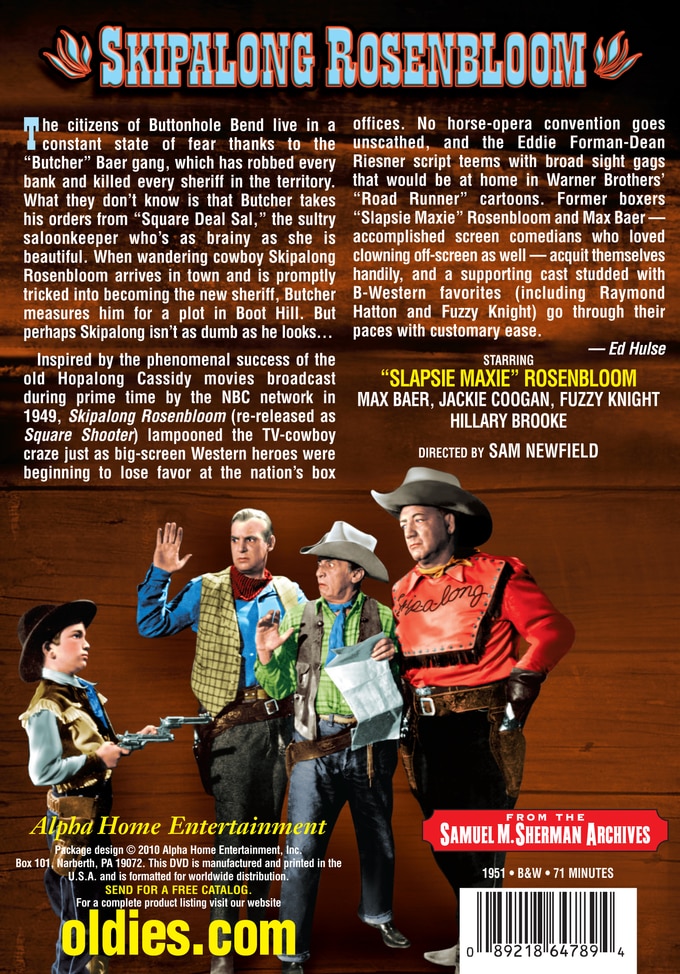 The citizens of Buttonhole Bend live in a constant state of fear thanks to the "Butcher" Baer gang, which has robbed every bank and killed every sheriff in the territory. What they don't know is that Butcher takes his orders from "Square Deal Sal," the sultry saloonkeeper who's as brainy as she is beautiful. When wandering cowboy Skipalong Rosenbloom arrives in town and is promptly tricked into becoming the new sheriff, Butcher measures him for a plot in Boot Hill. But perhaps Skipalong isn't as dumb as he looks...

Inspired by the phenomenal success of the old Hopalong Cassidy movies broadcast during prime time by the NBC network in 1949, Skipalong Rosenbloom (re-released as Square Shooter) lampooned the TV-cowboy craze just as big-screen Western heroes were beginning to lose favor at the nation's box offices. No horse-opera convention goes unscathed, and the Eddie Forman-Dean Riesner script teems with broad sight gags that would be at home in Warner Brothers' "Road Runner" cartoons. Former boxers "Slapsie Maxie" Rosenbloom and Max Baer - accomplished screen comedians who loved clowning off-screen as well - acquit themselves handily, and a supporting cast studded with B-Western favorites (including Raymond Hatton and Fuzzy Knight) go through their paces with customary ease. - Ed Hulse

Originally slated for release by Eagle Lion, SKIPALONG ROSENBLOOM purchased by United Artists -- who gave it a cursory theatrical release before selling the film to television. As it turned out, TV was the appropriate medium for this heavy-handed satire of video westerns. Former boxing champ Maxie Rosenbloom plays a lampooned variation of Hopalong Cassidy, with all the standard western cliches in evidence. "Skipalong" Rosenbloom is depicted as the star of a heavily commercialized TV kiddie show, presided over by a smarmy announcer. The plot proper finds "Skipalong" at odds with western bad guy Butcher Baer, played by Rosenbloom's onetime ring opponent Max Baer. Others in the cast are Jackie Coogan, Fuzzy Knight and Hillary Brooke, who seem to be having fun with the dreadful material foisted upon them.