Sauce for the Gander

A man swaps jobs with his wife in this long-lost comedy. With the vintage short subject "Meat and Romance", also starring Alan Ladd. 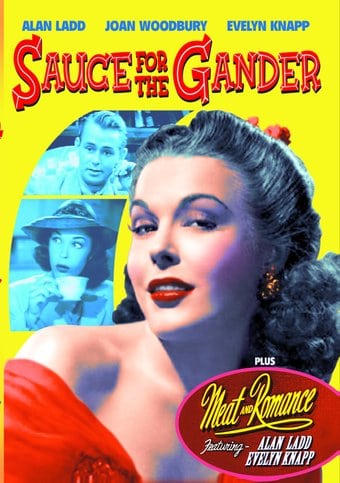 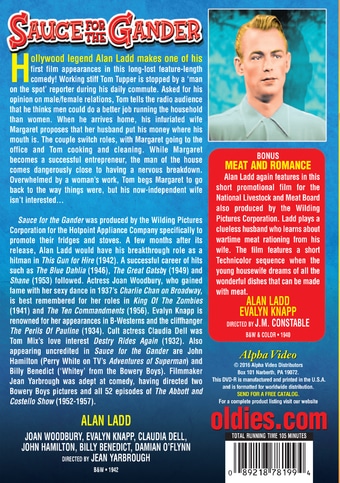 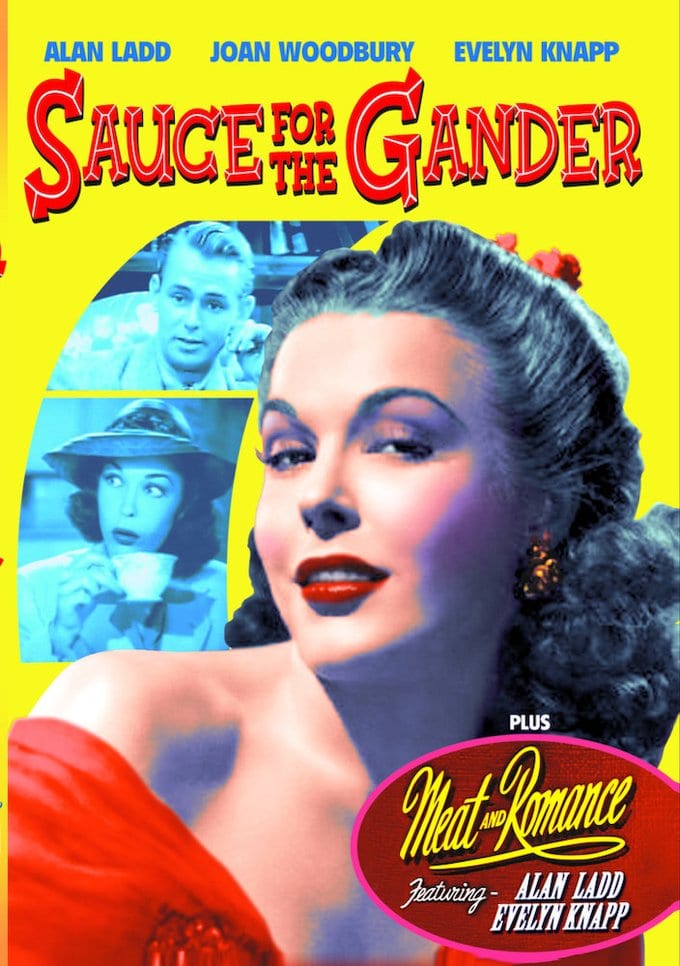 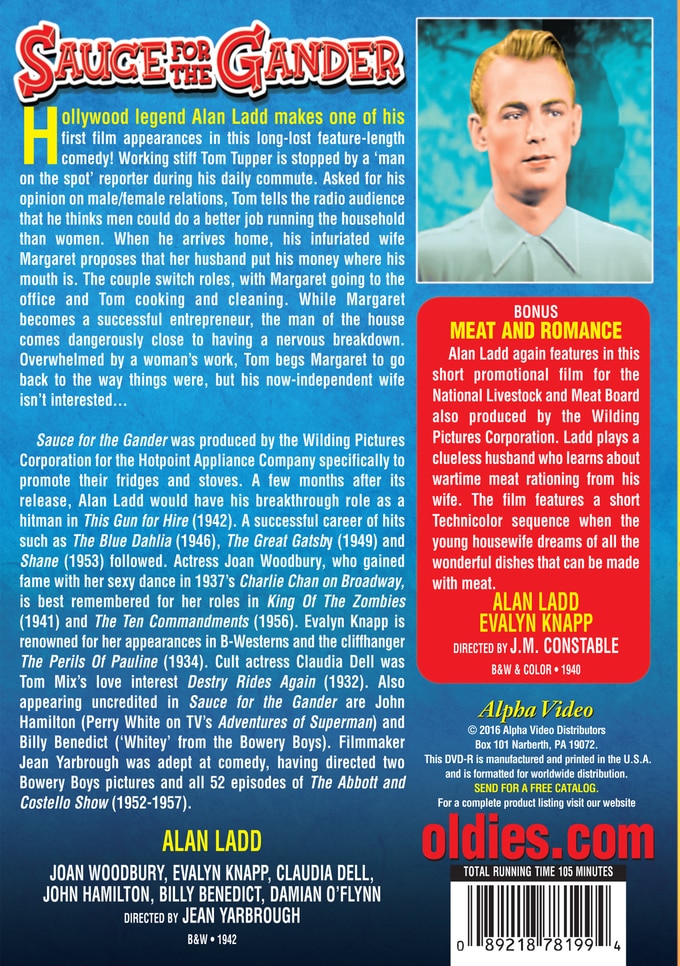 Hollywood legend Alan Ladd makes one of his first film appearances in this long-lost feature-length comedy! Working stiff Tom Tupper is stopped by a 'man on the spot' reporter during his daily commute. Asked for his opinion on male/female relations, Tom tells the radio audience that he thinks men could do a better job running the household than women. When he arrives home, his infuriated wife Margaret proposes that her husband put his money where his mouth is. The couple switch roles, with Margaret going to the office and Tom cooking and cleaning. While Margaret becomes a successful entrepreneur, the man of the house comes dangerously close to having a nervous breakdown. Overwhelmed by a woman's work, Tom begs Margaret to go back to the way things were, but his now-independent wife isn't interested...

Sauce for the Gander was produced by the Wilding Pictures Corporation for the Hotpoint Appliance Company specifically to promote their fridges and stoves. A few months after its release, Alan Ladd would have his breakthrough role as a hitman in This Gun for Hire (1942). A successful career of hits such as The Blue Dahlia (1946), The Great Gatsby (1949) and Shane (1953) followed. Actress Joan Woodbury, who gained fame with her sexy dance in 1937's Charlie Chan on Broadway, is best remembered for her roles in King Of The Zombies (1941) and The Ten Commandments (1956). Evalyn Knapp is renowned for her appearances in B-Westerns and the cliffhanger The Perils Of Pauline (1934). Cult actress Claudia Dell was Tom Mix's love interest Destry Rides Again (1932). Also appearing uncredited in Sauce for the Gander are John Hamilton (Perry White on TV's Adventures of Superman) and Billy Benedict ('Whitey' from the Bowery Boys). Filmmaker Jean Yarbrough was adept at comedy, having directed two Bowery Boys pictures and all 52 episodes of The Abbott and Costello Show (1952-1957).

BONUS: Meat And Romance (BW & Color, 1940): Alan Ladd again features in this short promotional film for the National Livestock and Meat Board also produced by the Wilding Pictures Corporation. Ladd plays a clueless husband who learns about wartime meat rationing from his wife. The film features a short Technicolor sequence when the young housewife dreams of all the wonderful dishes that can be made with meat. Directed by J.M. Constable.