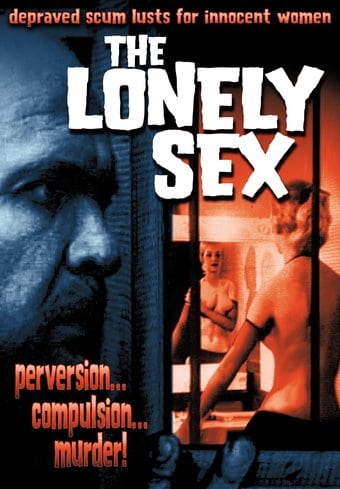 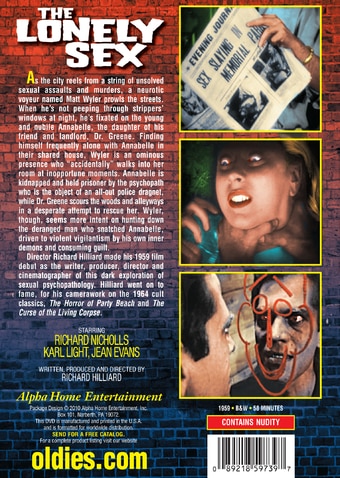 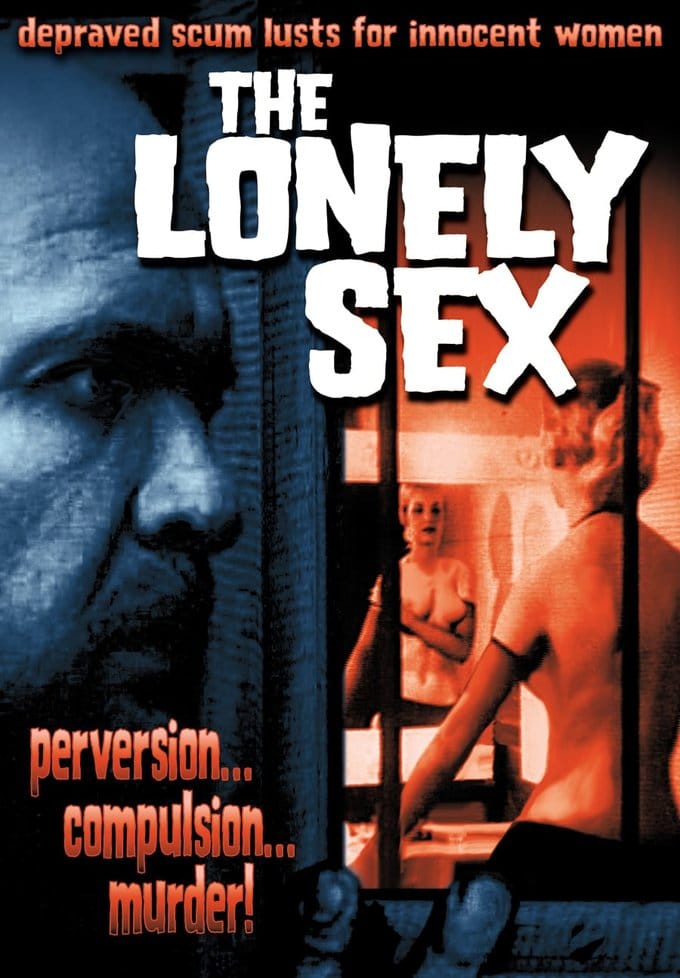 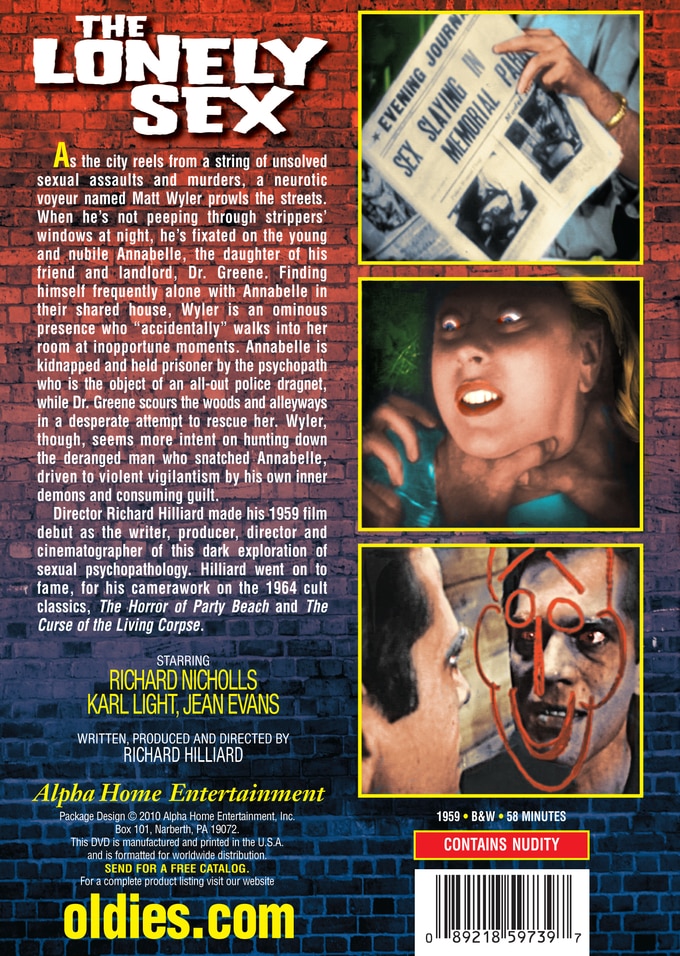 As the city reels from a string of unsolved sexual assaults and murders, a neurotic voyeur named Matt Wyler prowls the streets. When he's not peeping through strippers' windows at night, he's fixated on the young and nubile Annabelle, the daughter of his friend and landlord, Dr. Greene. Finding himself frequently alone with Annabelle in their shared house, Wyler is an ominous presence who "accidentally" walks into her room at inopportune moments. Annabelle is kidnapped and held prisoner by the psychopath who is the object of an all-out police dragnet, while Dr. Greene scours the woods and alleyways in a desperate attempt to rescue her. Wyler, though, seems more intent on hunting down the deranged man who snatched Annabelle, driven to violent vigilantism by his own inner demons and consuming guilt.

Director Richard Hilliard made his 1959 film debut as the writer, producer, director and cinematographer of this dark exploration of sexual psychopathology. Hilliard went on to fame, for his camerawork on the 1964 cult classics, The Horror of Party Beach and The Curse of the Living Corpse.

"His desperate cry tears thru the night!" A twisted young man makes a love slave of a young girl, keeping her in a shack in the woods. The girl's psycho housemate tracks him down, seeking revenge.

Customer Rating:
Based on 60 ratings.


Obviously this is a low budget flick but it's proof that low budget doesn't have to be low quality. There's some pretty good acting here and a good story line.