Take Back Your Life 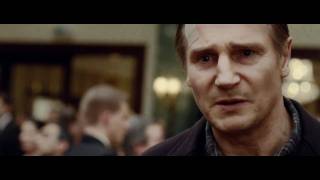 Liam Neeson headlines this thriller about a prominent doctor on a business trip to Germany when he awakens from a coma to find that another man has stolen his identity and taken over his life. Dr. Martin Harris (Neeson) has just arrived in Berlin to deliver an important presentation when he realizes that his briefcase has gone missing, and leaves his wife, Elizabeth (January Jones), at their hotel to try and retrieve it. During his cab ride back to the airport, however, a serious car accident lands Dr. Harris in the hospital, where he lies in a coma for four days. Upon awakening, Dr. Harris is horrified to discover that every relic of his identity has been completely erased. His shock is soon compounded when, upon seeking out his wife at a lavish party, another man (Aidan Quinn) appears by her side claiming to be the real Dr. Martin Harris, and requests that hotel security protect them from the unstable "imposter." Facing total denial from everyone he turns to, Dr. Harris gets a tip from a sympathetic nurse to seek out the assistance of Ernst Jürgen (Bruno Ganz), the former head of the German Secret Police, who implores him to track down Gina (Diane Kruger), the illegal immigrant taxi driver who narrowly saved his life, and may hold the answers to all of his questions. Now, the closer Dr. Harris gets to solving the mystery, the greater the danger becomes until the astonishing truth is revealed, plunging him into a desperate race against time.

17%off
A Walk Among the Tombstones
$12.50 Super Savings
Add to Cart