A young girl looking for thrills gets involved with nude modeling. / A young man heads down the road to degradation after he becomes addicted to heroin. 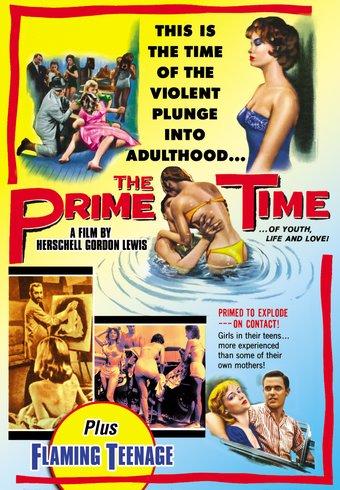 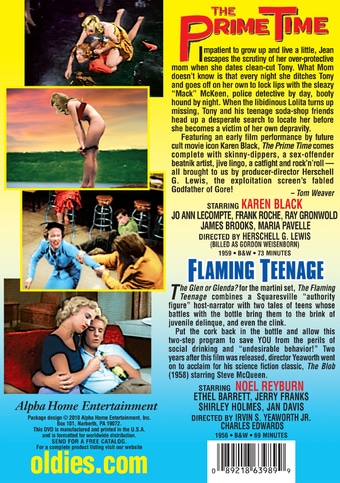 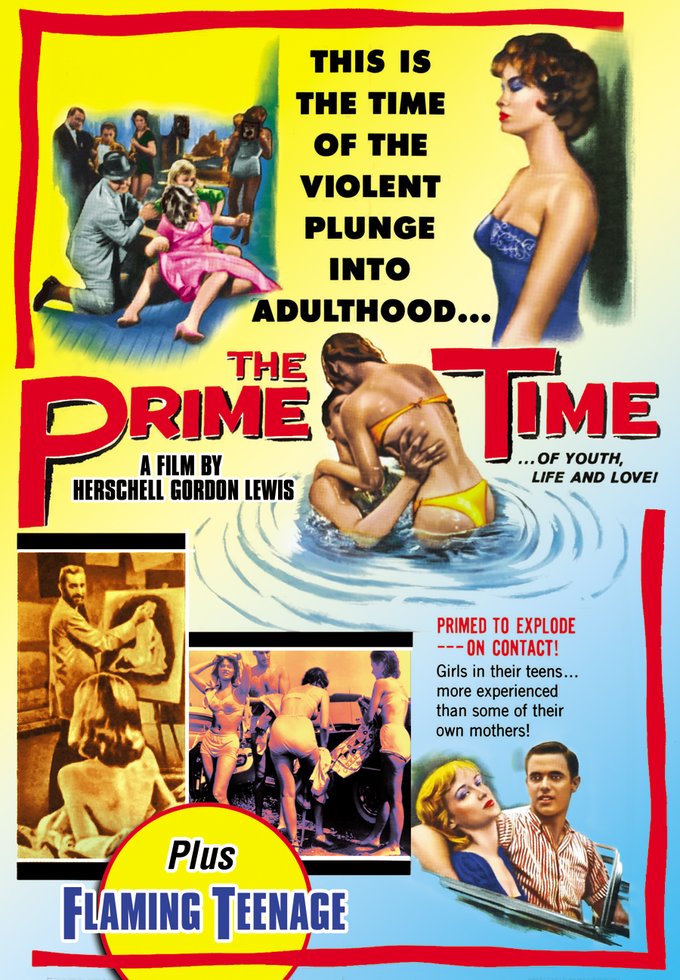 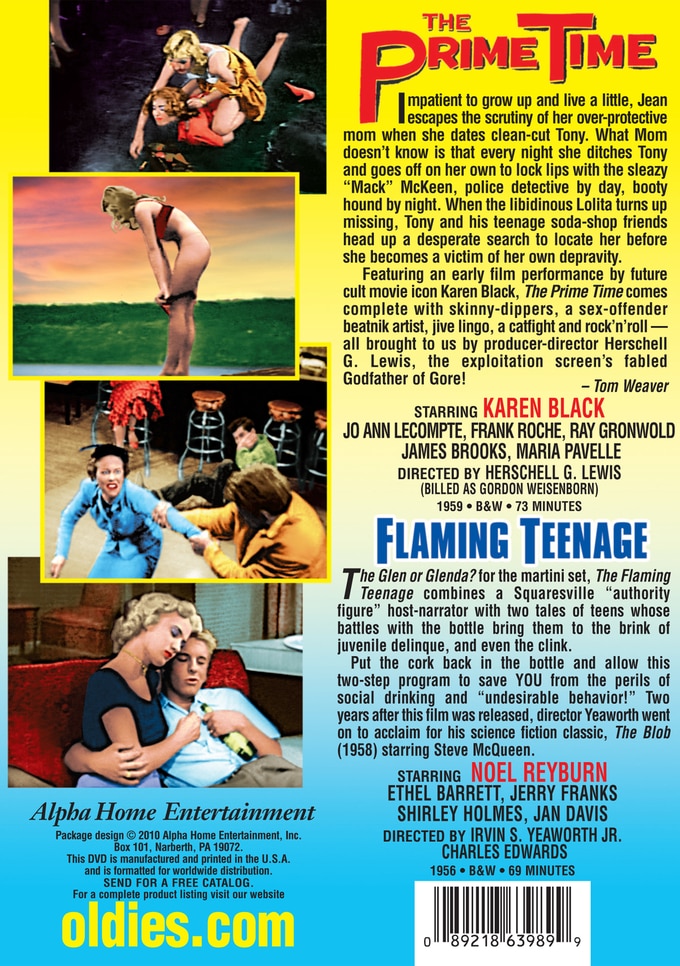 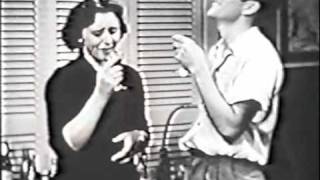 The Prime Time (1959, B&W, 73 minutes): Impatient to grow up and live a little, Jean escapes the scrutiny of her over-protective mom when she dates clean-cut Tony. What Mom doesn't know is that every night she ditches Tony and goes off on her own to lock lips with the sleazy "Mack" McKeen, police detective by day, booty hound by night. When the libidinous Lolita turns up missing, Tony and his teenage soda-shop friends head up a desperate search to locate her before she becomes a victim of her own depravity. Featuring an early film performance by future cult movie icon Karen Black, The Prime Time comes complete with skinny-dippers, a sex-offender beatnik artist, jive lingo, a catfight and rock'n'roll - all brought to us by producer-director Herschell G. Lewis, the exploitation screen's fabled Godfather of Gore!

Flaming Teenage (1956, B&W, 69 minutes): The Glen or Glenda? for the martini set, The Flaming Teenage combines a Squaresville "authority figure" host-narrator with two tales of teens whose battles with the bottle bring them to the brink of juvenile delinque, and even the clink. Put the cork back in the bottle and allow this two-step program to save YOU from the perils of social drinking and "undesirable behavior!" Two years after this film was released, director Yeaworth went on to acclaim for his science fiction classic, The Blob (1958) starring Steve McQueen.