A mysterious and dangerous seductress shows up in the Cajun backwater. Plus bonus strip tease shorts. 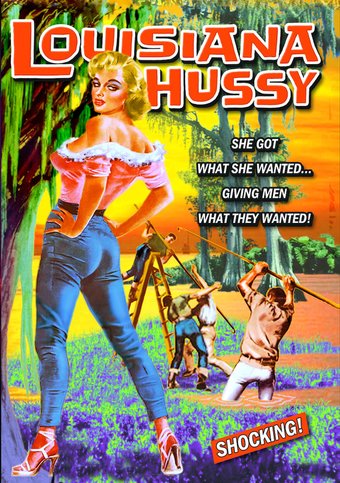 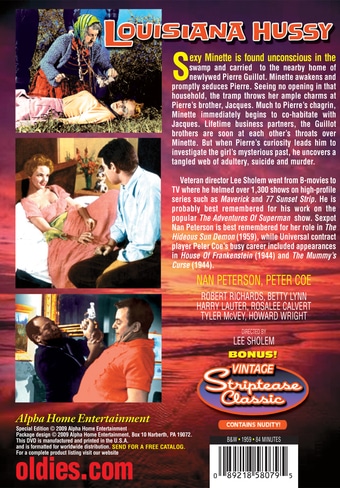 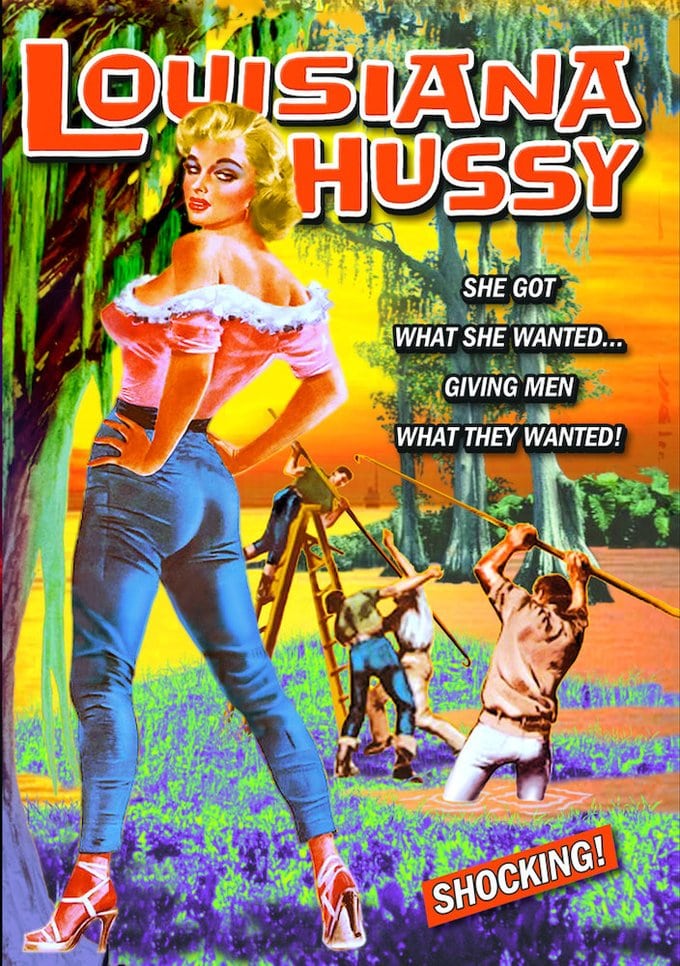 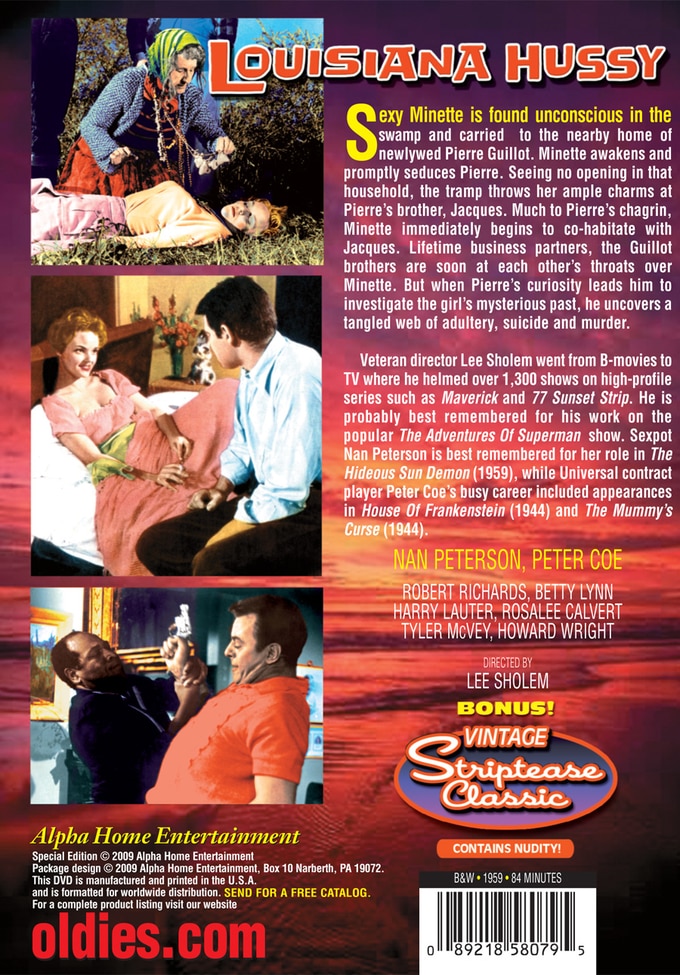 Sexy Minette is found unconscious in the swamp and carried to the nearby home of newlywed Pierre Guillot. Minette awakens and promptly seduces Pierre. Seeing no opening in that household, the tramp throws her ample charms at Pierre's brother, Jacques. Much to Pierre's chagrin, Minette immediately begins to co-habitate with Jacques. Lifetime business partners, the Guillot brothers are soon at each other's throats over Minette. But when Pierre's curiosity leads him to investigate the girl's mysterious past, he uncovers a tangled web of adultery, suicide and murder.

Veteran director Lee Sholem went from B-movies to TV where he helmed over 1,300 shows on high-profile series such as "Maverick" and "77 Sunset Strip." He is probably best remembered for his work on the popular "The Adventures Of Superman" show. Sexpot Nan Peterson is best remembered for her role in The Hideous Sun Demon (1959), while Universal contract player Peter Coe's busy career included appearances in House Of Frankenstein (1944) and The Mummy's Curse (1944).

A drive-in classic, LOUSIANA HUSSY stars the buxom and beautiful Nan Peterson as Nina Duprez, a mysterious drifter who shows up deathly ill in a Louisiana town. Taken in and cared for, Ms. Duprez soon has the attention of just about every man in town. Setting her sights on two brothers, Peter and Robert, Nina proceeds to seduce one of them on his wedding day while keeping the other waiting. Soon, she has Peter and Robert at each other's throats and eating out of the palm of her hand before the two realize that Ms. Duprez is not the woman she first appeared to be.

Love Triangle | Theatrical Release | Love Triangles
This product is made-on-demand by the manufacturer using DVD-R recordable media. Almost all DVD players can play DVD-Rs (except for some older models made before 2000) - please consult your owner's manual for formats compatible with your player. These DVD-Rs may not play on all computers or DVD player/recorders. To address this, the manufacturer recommends viewing this product on a DVD player that does not have recording capability.

The Princess and the Frog
$16.20 Super Savings
Add to Cart

Customer Rating:
Based on 128 ratings.


Back in 1959 this is the kind of film that played on 42 Street. It was probably considered daring in the 1960's pre-sexual revolution days. Now it's just an OK film with a mxed bag of actors doing their best.