A young country girl discovers the sleazy side of tinsel town / What happens when a young girl goes too far? 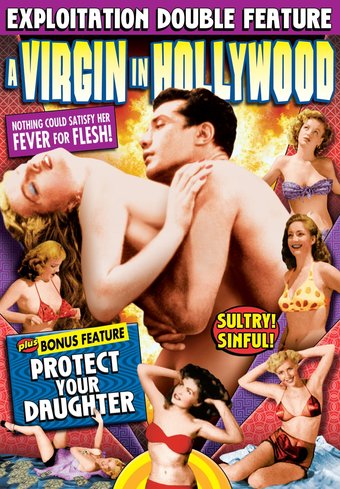 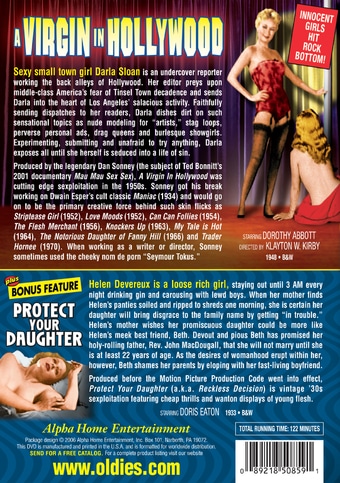 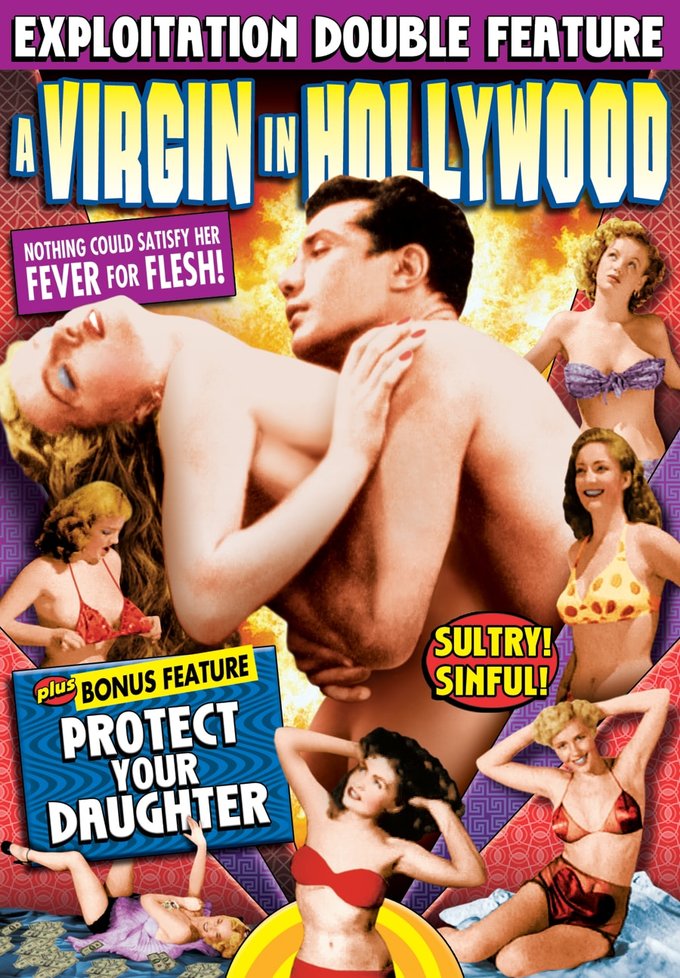 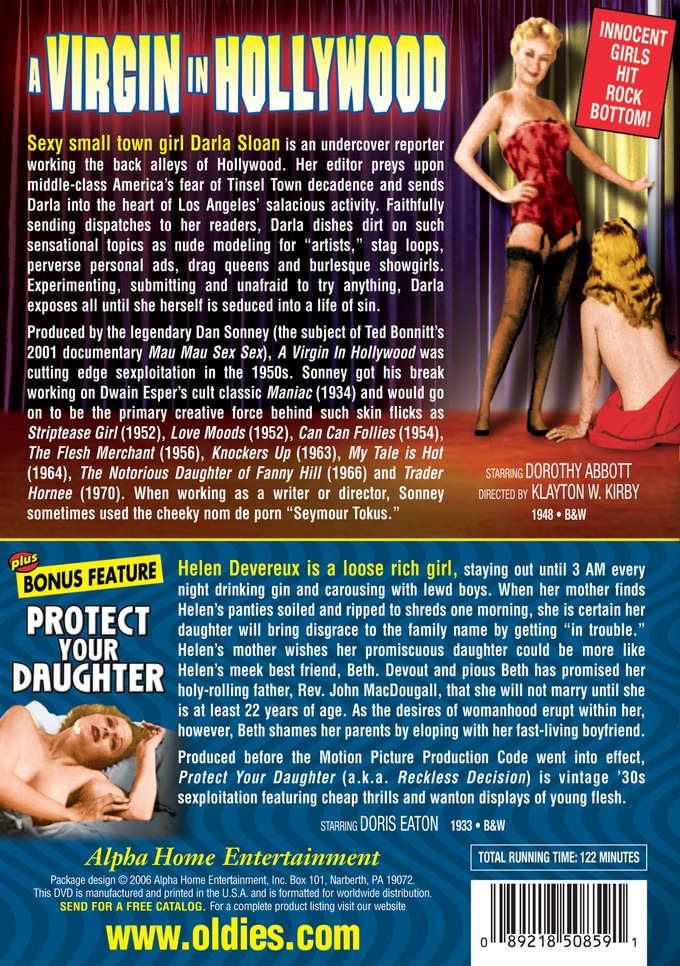 A Virgin In Hollywood (1948, B&W): Sexy small town girl Darla Sloan is an undercover reporter working the back alleys of Hollywood. Her editor preys upon middle-class America's fear of Tinsel Town decadence and sends Darla into the heart of Los Angeles' salacious activity. Faithfully sending dispatches to her readers, Darla dishes dirt on such sensational topics as nude modeling for "artists," stag loops, perverse personal ads, drag queens and burlesque showgirls. Experimenting, submitting and unafraid to try anything, Darla exposes all until she herself is seduced into a life of sin.

Produced by the legendary Dan Sonney (the subject of Ted Bonnitt's 2001 documentary Mau Mau Sex Sex), A Virgin In Hollywood was cutting edge sexploitation in the 1950s. Sonney got his break working on Dwain Esper's cult classic Maniac (1934) and would go on to be the primary creative force behind such skin flicks as Striptease Girl (1952), Love Moods (1952), Can Can Follies (1954), The Flesh Merchant (1956), Knockers Up (1963), My Tale is Hot (1964), The Notorious Daughter of Fanny Hill (1966) and Trader Hornee (1970). When working as a writer or director, Sonney sometimes used the cheeky nom de porn "Seymour Tokus." Starring Dorothy Abbott. Directed by Klayton W. Kirby.

Protect Your Daughter (1933, B&W): Helen Devereux is a loose rich girl, staying out until 3 AM every night drinking gin and carousing with lewd boys. When her mother finds Helen's panties soiled and ripped to shreds one morning, she is certain her daughter will bring disgrace to the family name by getting "in trouble." Helen's mother wishes her promiscuous daughter could be more like Helen's meek best friend, Beth. Devout and pious Beth has promised her holy-rolling father, Rev. John MacDougall, that she will not marry until she is at least 22 years of age. As the desires of womanhood erupt within her, however, Beth shames her parents by eloping with her fast-living boyfriend. Produced before the Motion Picture Production Code went into effect, Protect Your Daughter (a.k.a. Reckless Decision) is vintage '30s sexploitation featuring cheap thrills and wanton displays of young flesh. Starring Doris Eaton.

Campy | Cult Film | Vintage | Substance Abuse | Exploitation
This product is made-on-demand by the manufacturer using DVD-R recordable media. Almost all DVD players can play DVD-Rs (except for some older models made before 2000) - please consult your owner's manual for formats compatible with your player. These DVD-Rs may not play on all computers or DVD player/recorders. To address this, the manufacturer recommends viewing this product on a DVD player that does not have recording capability.