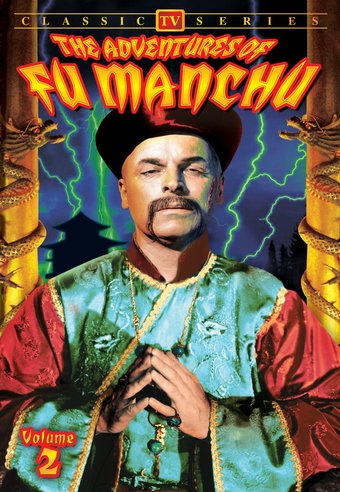 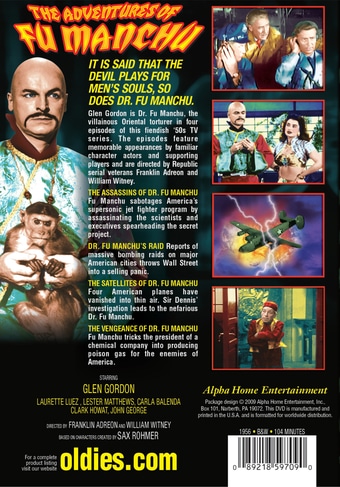 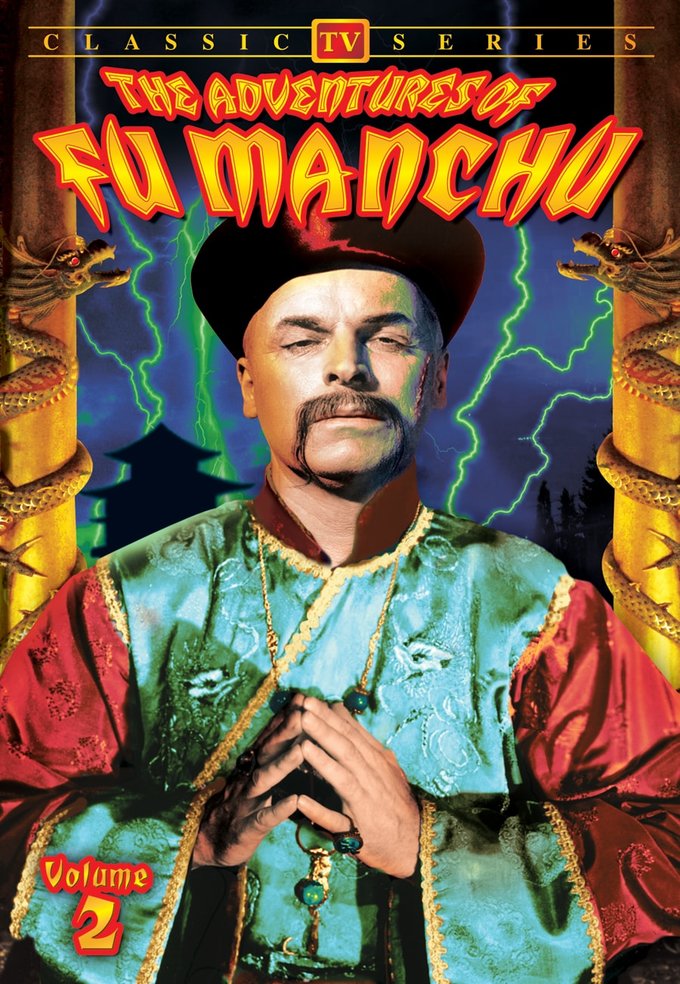 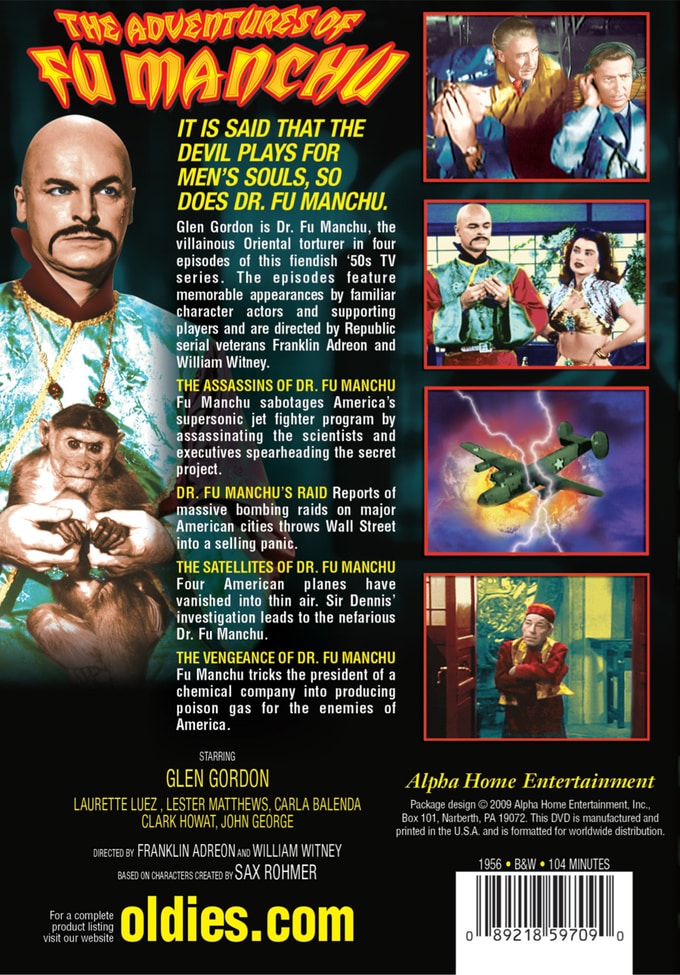 It is said that the devil plays for men's souls, So does Dr. Fu Manchu. Glen Gordon is Dr. Fu Manchu, the villainous Oriental torturer in four episodes of this fiendish '50s TV series. The episodes feature memorable appearances by familiar character actors and supporting players and are directed by Republic serial veterans Franklin Adreon and William Witney.

The Vengeance Of Dr. Fu Manchu: Fu Manchu tricks the president of a chemical company into producing poison gas for the enemies of America.