Four rare Christmas television shows including "You Asked For It" holiday show and Paul Winchell. 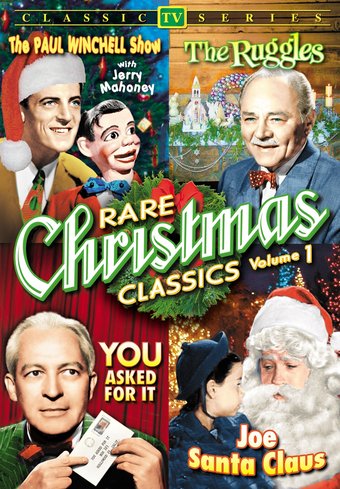 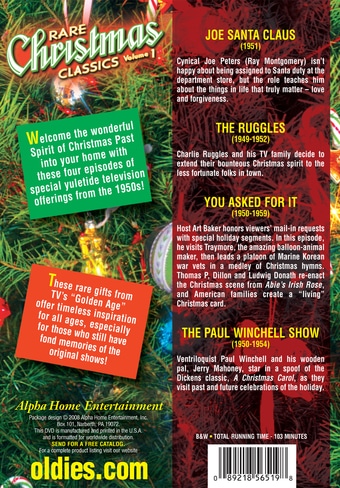 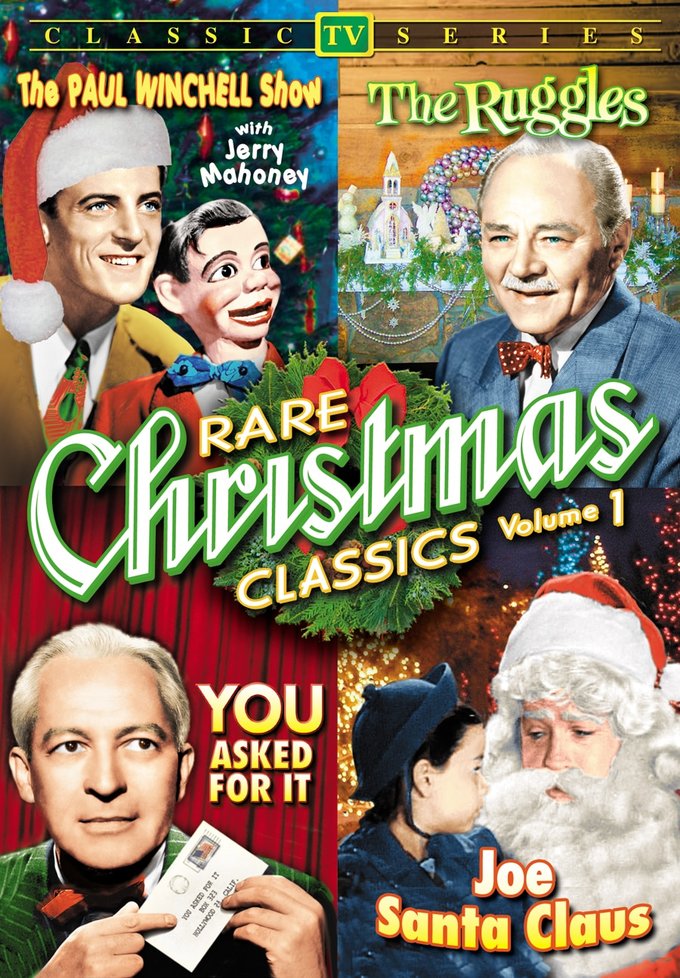 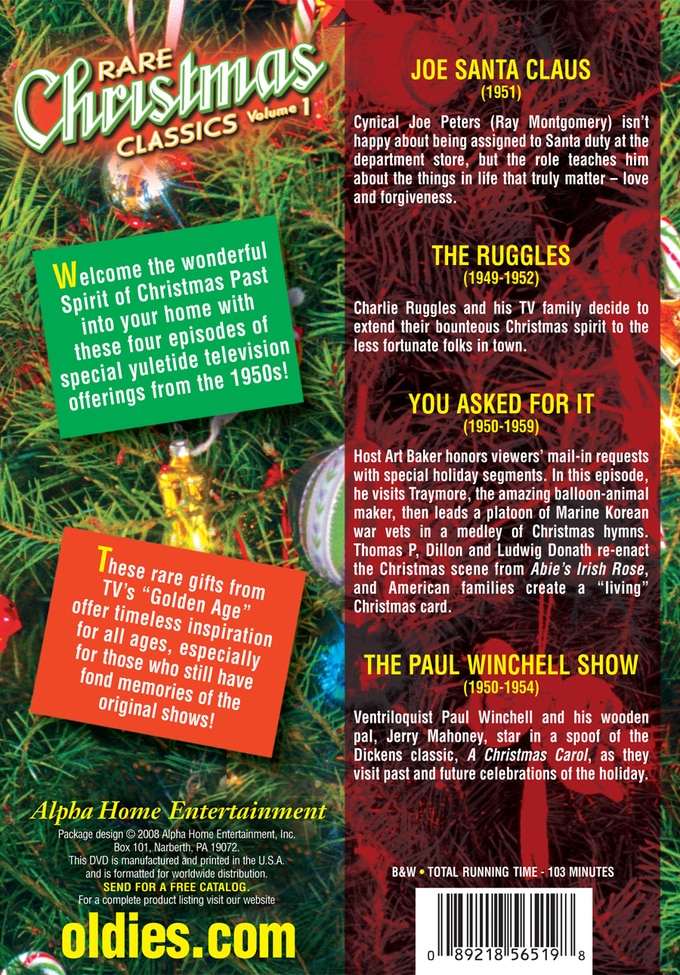 Welcome the wonderful Spirit of Christmas Past into your home with these four episodes of special yuletide television offerings from the 1950s! These rare gifts from TV's "Golden Age" offer timeless inspiration for all ages, especially for those who still have fond memories of the original shows!

Joe Santa Claus (1951): Cynical Joe Peters (Ray Montgomery) isn't happy about being assigned to Santa duty at the department store, but the role teaches him about the things in life that truly matter - love and forgiveness.

The Ruggles (1949-1952): Charlie Ruggles and his TV family decide to extend their bounteous Christmas spirit to the less fortunate folks in town.

You Asked For It (1950-1959): Host Art Baker honors viewers' mail-in requests with special holiday segments. In this episode, he visits Traymore, the amazing balloon-animal maker, then leads a platoon of Marine Korean war vets in a medley of Christmas hymns. Thomas P, Dillon and Ludwig Donath re-enact the Christmas scene from Abie's Irish Rose, and American families create a "living" Christmas card.

The Paul Winchell Show (1950-1954): Ventriloquist Paul Winchell and his wooden pal, Jerry Mahoney, star in a spoof of the Dickens classic, A Christmas Carol, as they visit past and future celebrations of the holiday.

Holiday | Classic | Christmas
This product is made-on-demand by the manufacturer using DVD-R recordable media. Almost all DVD players can play DVD-Rs (except for some older models made before 2000) - please consult your owner's manual for formats compatible with your player. These DVD-Rs may not play on all computers or DVD player/recorders. To address this, the manufacturer recommends viewing this product on a DVD player that does not have recording capability.