Santa Claus' workshop is invaded by Martians who want to kidnap St. Nick and take him back to their planet. 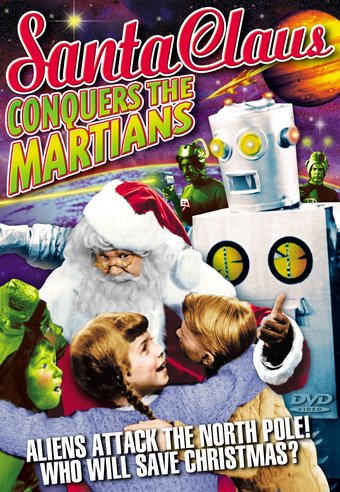 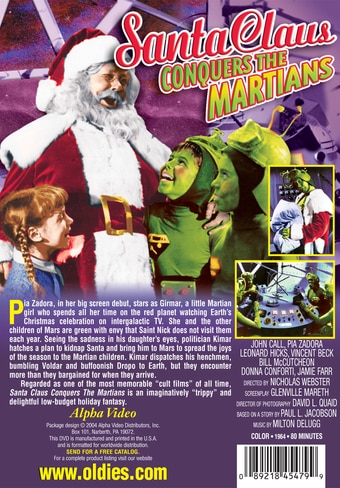 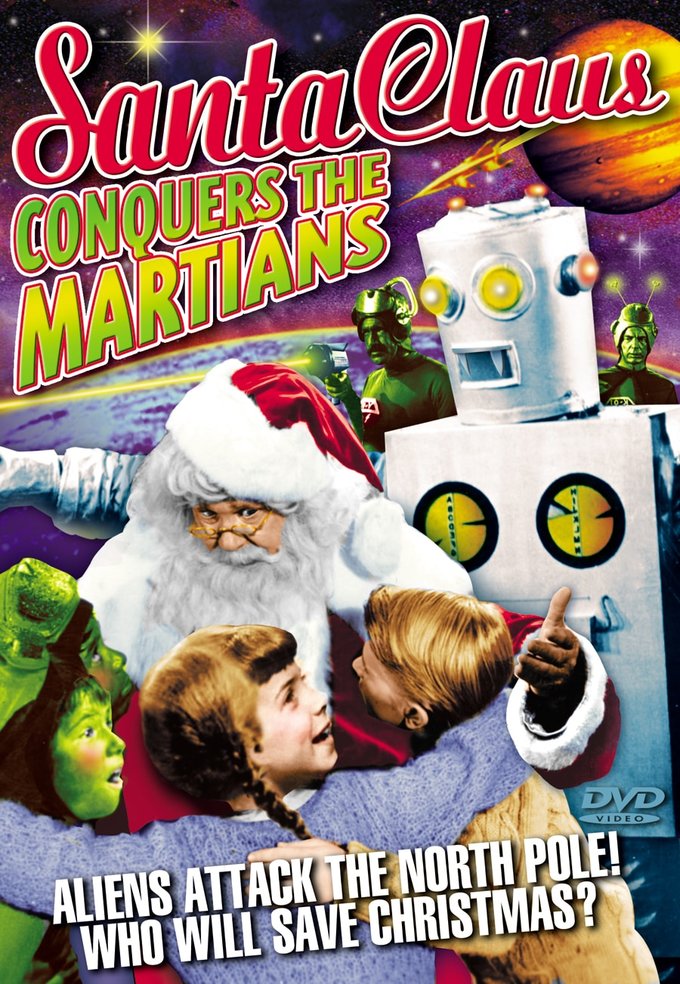 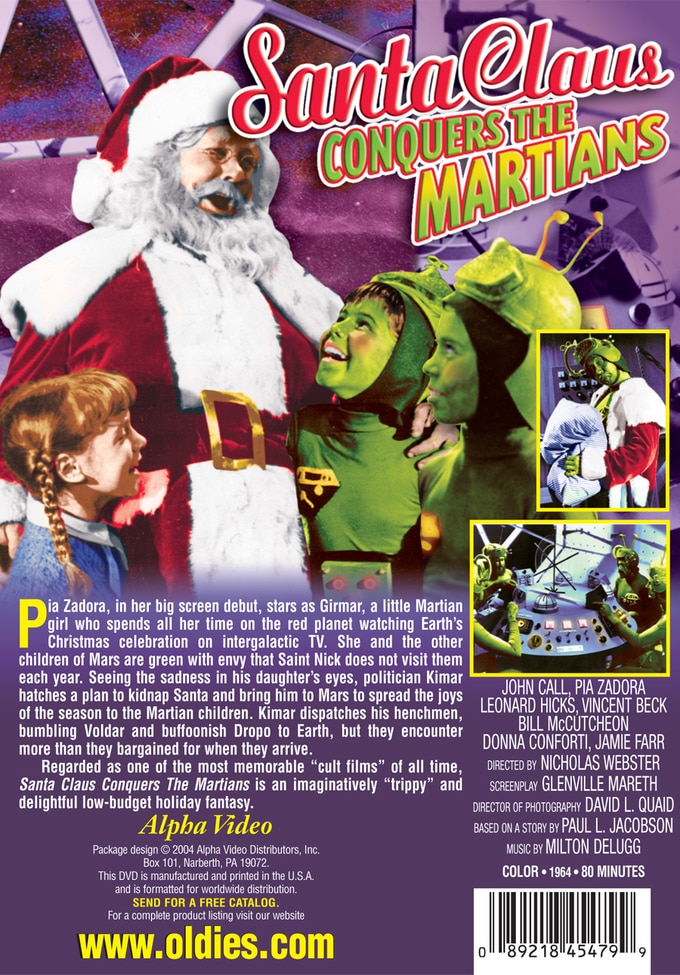 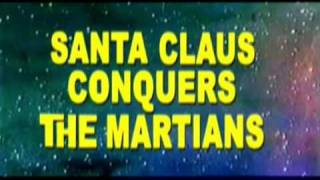 Pia Zadora, in her big screen debut, stars in the colorful holiday classic, Santa Claus Conquers The Martians. Little Girmar spends all her time on the red planet watching Earth's Christmas celebration on intergalactic TV. She and the other children of Mars are green with envy that Saint Nick does not visit them each year. Seeing the sadness in his daughter's eyes, politician Kimar hatches a plan to kidnap Santa and bring him to Mars to spread the joys of the season to the Martian children. Kimar dispatches his henchmen, bumbling Voldar and buffoonish Dropo to Earth, but they encounter more than they bargained for when they arrive.

Regarded as one of the most memorable "cult films" of all time, Santa Claus Conquers The Martians is an imaginatively "trippy" and delightful low-budget holiday fantasy.

Santa Claus has safely returned to Earth after being kidnapped by Martians. Pia Zadora (eight years old) plays the part of one of the Martian children in this exciting tale of Santa against the universe...or at least, Mars.

Customer Rating:
Based on 18242 ratings.


When I started watching this movie I wasn't sure what to expect. I thought that it would be another camp movie. It is campy, and has some great low-budget moments (Watch for the scene with the polar bear) but behind all that it is actually quite a charming film, and I really enjoyed it!