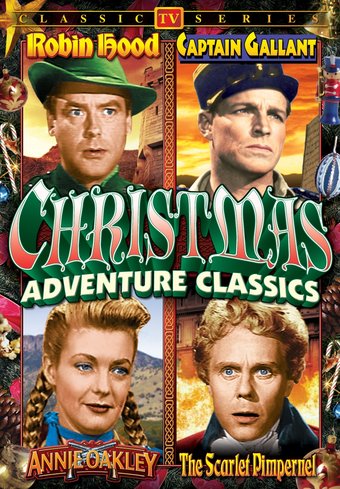 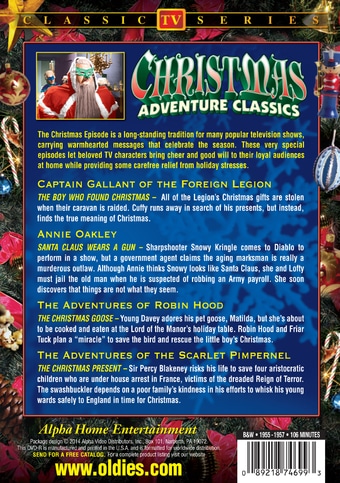 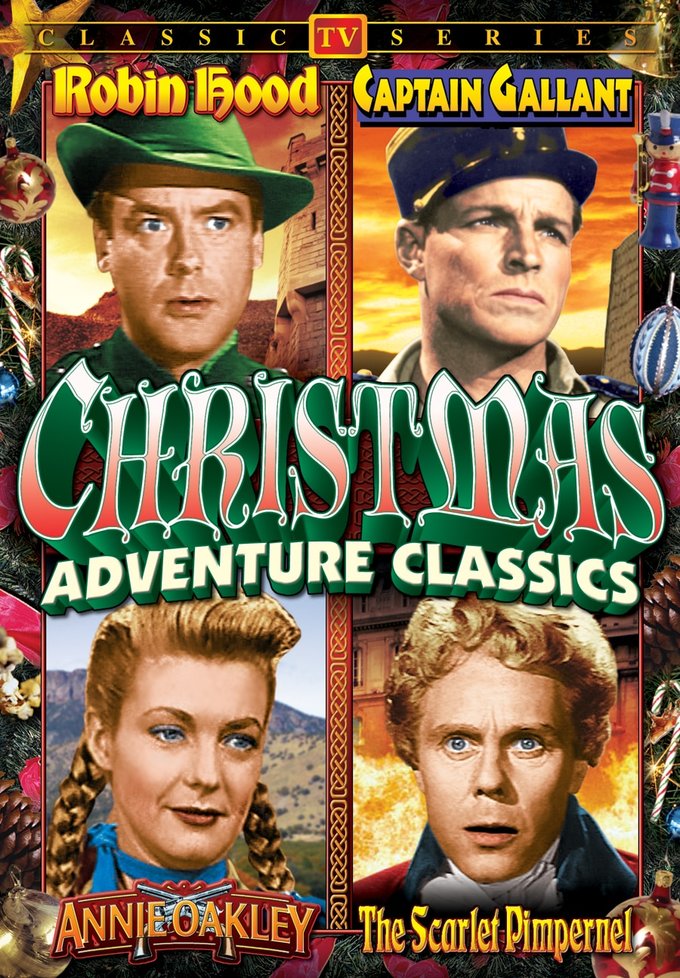 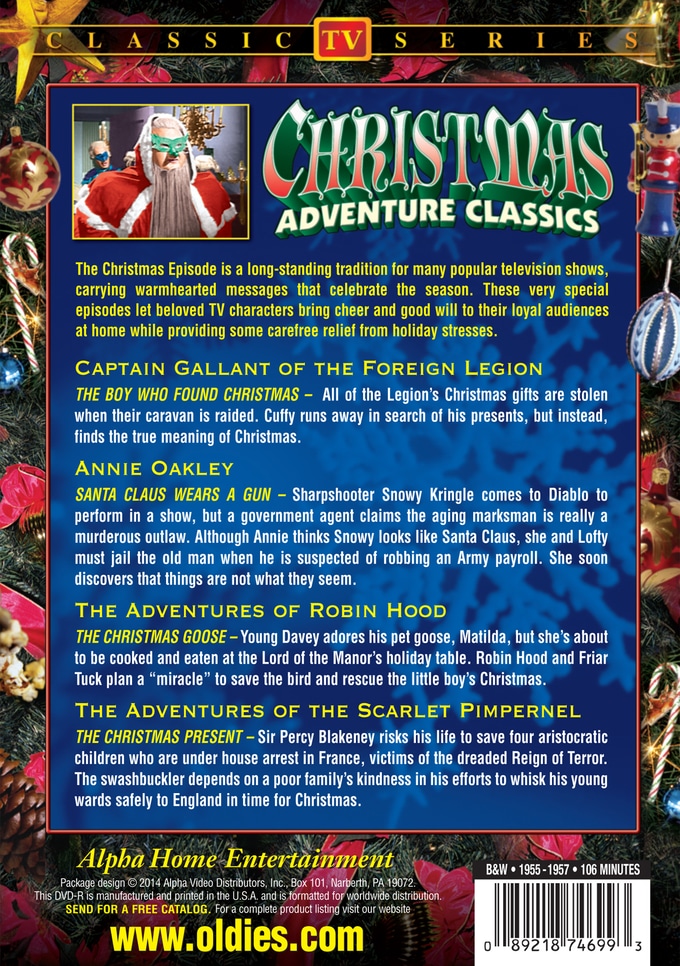 The Christmas Episode is a long-standing tradition for many popular television shows, carrying warmhearted messages that celebrate the season. These very special episodes let beloved TV characters bring cheer and good will to their loyal audiences at home while providing some carefree relief from holiday stresses.

Captain Gallant of the Foreign Legion:
The Boy Who Found Christmas -- All of the Legion's Christmas gifts are stolen when their caravan is raided. Cuffy runs away in search of his presents, but instead, finds the true meaning of Christmas.

Annie Oakley:
Santa Claus Wears A Gun -- Sharpshooter Snowy Kringle comes to Diablo to perform in a show, but a government agent claims the aging marksman is really a murderous outlaw. Although Annie thinks Snowy looks like Santa Claus, she and Lofty must jail the old man when he is suspected of robbing an Army payroll. She soon discovers that things are not what they seem.

The Adventures of Robin Hood:
The Christmas Goose -- Young Davey adores his pet goose, Matilda, but she's about to be cooked and eaten at the Lord of the Manor's holiday table. Robin Hood and Friar Tuck plan a "miracle" to save the bird and rescue the little boy's Christmas.

The Adventures of the Scarlet Pimpernel:
The Christmas Present -- Sir Percy Blakeney risks his life to save four aristocratic children who are under house arrest in France, victims of the dreaded Reign of Terror. The swashbuckler depends on a poor family's kindness in his efforts to whisk his young wards safely to England in time for Christmas.

Action | Thieves | Classic | Heroes | Christmas | Classic Television | Santa Claus
This product is made-on-demand by the manufacturer using DVD-R recordable media. Almost all DVD players can play DVD-Rs (except for some older models made before 2000) - please consult your owner's manual for formats compatible with your player. These DVD-Rs may not play on all computers or DVD player/recorders. To address this, the manufacturer recommends viewing this product on a DVD player that does not have recording capability.