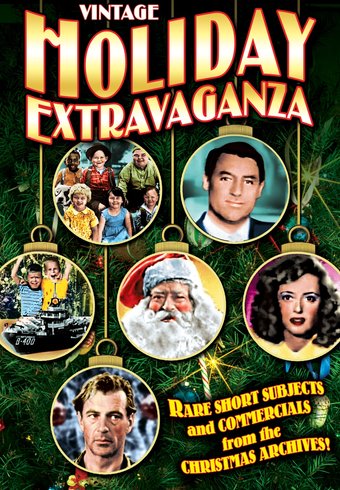 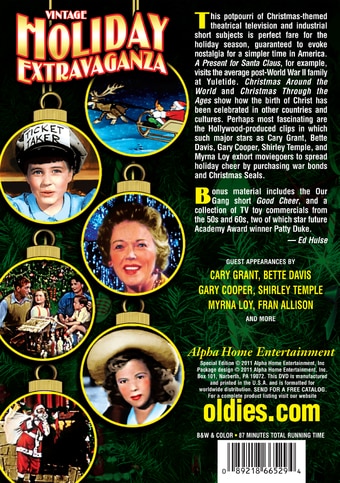 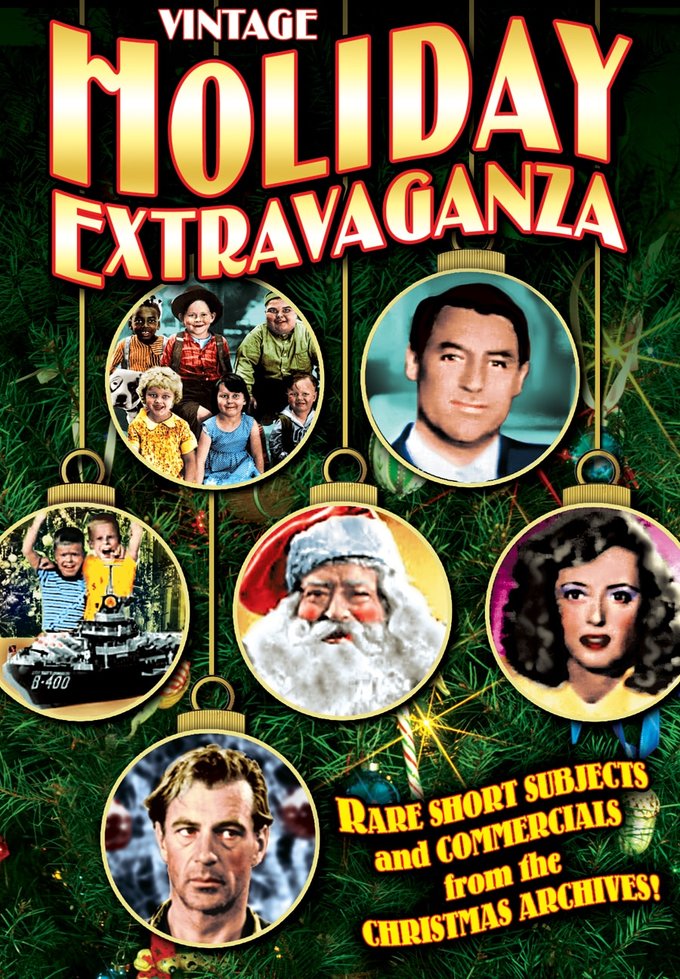 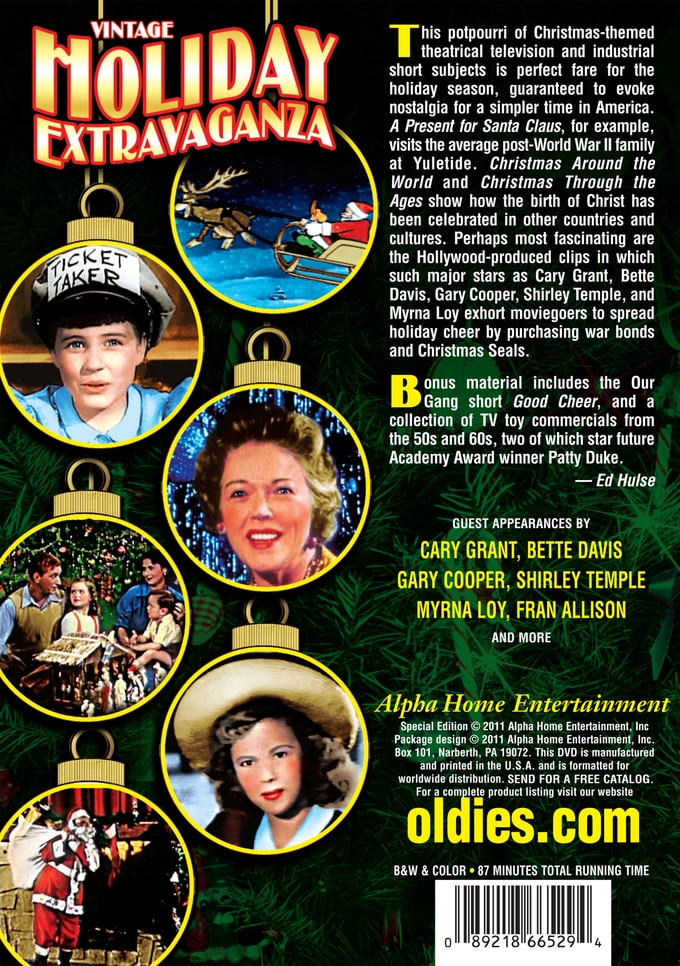 This potpourri of Christmas-themed theatrical television and industrial short subjects is perfect fare for the holiday season, guaranteed to evoke nostalgia for a simpler time in America. "A Present for Santa Claus," for example, visits the average post-World War II family at Yuletide. Christmas Around the World and Christmas Through the Ages show how the birth of Christ has been celebrated in other countries and cultures. Perhaps most fascinating are the Hollywood-produced clips in which such major stars as Cary Grant, Bette Davis, Gary Cooper, Shirley Temple, and Myrna Loy exhort moviegoers to spread holiday cheer by purchasing war bonds and Christmas Seals.

Bonus material includes the Our Gang short "Good Cheer," and a collection of TV toy commercials from the 50s and 60s, two of which star future Academy Award winner Patty Duke.

This offbeat holiday compilation features a combination of Christmas-themed cinematic television material and industrial short subjects, which all exude a distinctly nostalgic tone and feel. Highlights include: wartime clips in which iconic celebrities such as Cary Grant and Shirley Temple encourage viewers to purchase war bonds and Christmas seals; CHRISTMAS AROUND THE WORLD and CHRISTMAS THROUGH THE AGES, which, respectively, illustrate how Christmas has been celebrated in other cultures and during prior centuries; and A PRESENT FOR SANTA CLAUS, a depiction of a Middle American family and their holiday celebrations.

Christmas | Commercials | Film History
This product is made-on-demand by the manufacturer using DVD-R recordable media. Almost all DVD players can play DVD-Rs (except for some older models made before 2000) - please consult your owner's manual for formats compatible with your player. These DVD-Rs may not play on all computers or DVD player/recorders. To address this, the manufacturer recommends viewing this product on a DVD player that does not have recording capability.

22%off
The Fantastic Invention of Television: Vintage Short...
$6.98 CYBER WEEK
Add to Cart