The Great Rupert (aka A Christmas Wish) 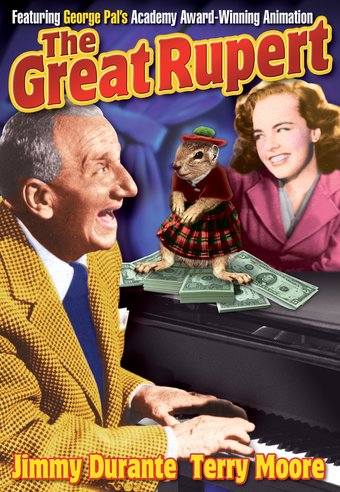 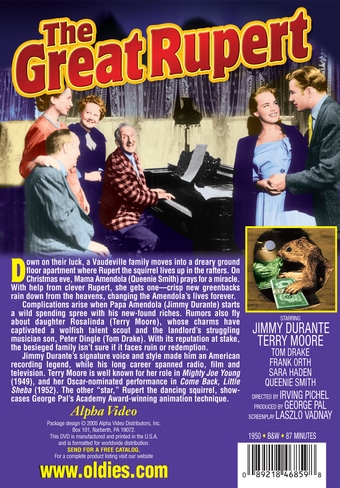 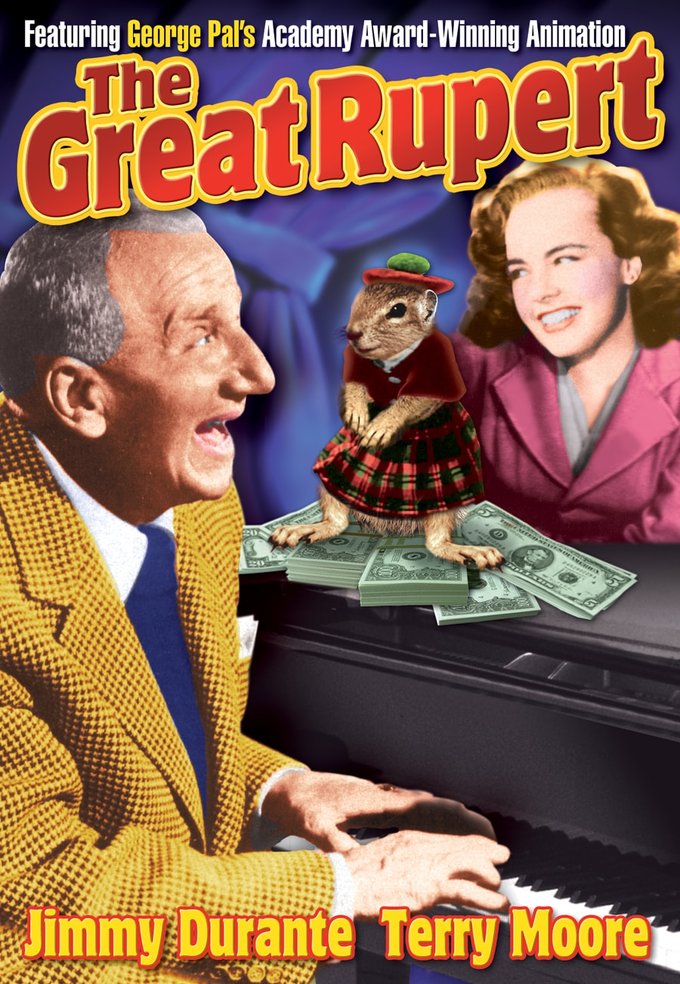 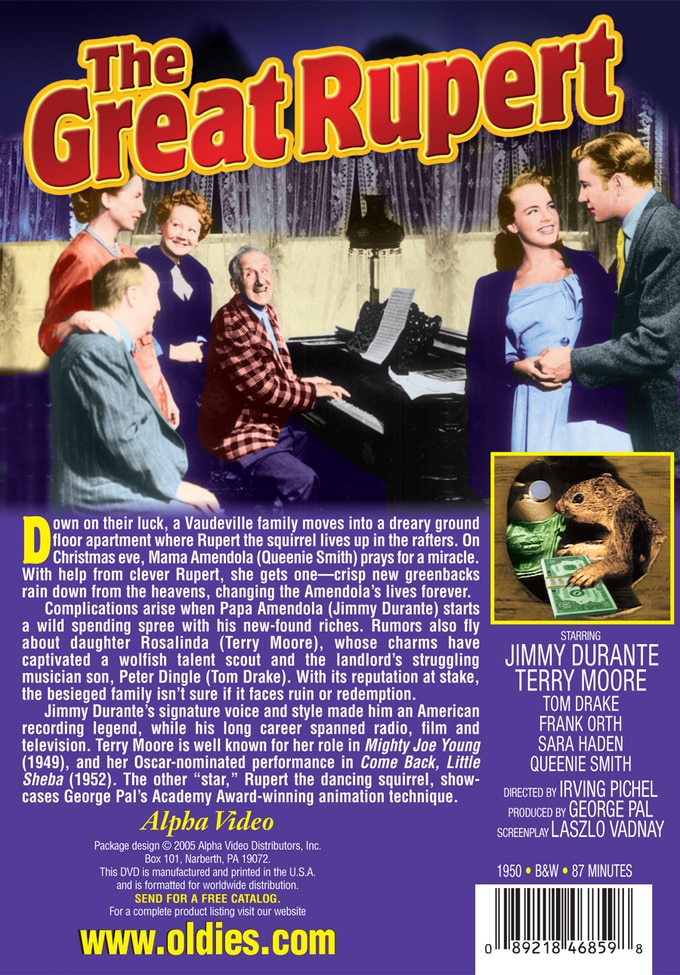 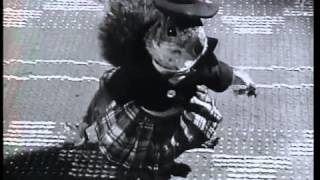 Down on their luck, a Vaudeville family moves into a dreary ground floor apartment where Rupert the squirrel lives up in the rafters. On Christmas eve, Mama Amendola (Queenie Smith) prays for a miracle. With help from clever Rupert, she gets one - crisp new greenbacks rain down from the heavens, changing the Amendola's lives forever.

Complications arise when Papa Amendola (Jimmy Durante) starts a wild spending spree with his new-found riches. Rumors also fly about daughter Rosalinda (Terry Moore), whose charms have captivated a wolfish talent scout and the landlord's struggling musician son, Peter Dingle (Tom Drake). With its reputation at stake, the besieged family isn't sure if it faces ruin or redemption.

Jimmy Durante's signature voice and style made him an American recording legend, while his long career spanned radio, film and television. Terry Moore is well known for her role in Mighty Joe Young (1949), and her Oscar-nominated performance in Come Back, Little Sheba (1952). The other "star," Rupert the dancing squirrel, showcases George Pal's Academy Award-winning animation technique.

A loopy comedy in which Durante and his family of acrobats are aided in collecting a fortune by a friendly, bushy-tailed squirrel named Rupert; aka "The Great Rupert." Rupert also happens to be Durante's neighbor. One particular Christmas, Rupert manages to save the day.

Scams And Cons | Vintage | Animals | Rags To Riches | Theatrical Release
This product is made-on-demand by the manufacturer using DVD-R recordable media. Almost all DVD players can play DVD-Rs (except for some older models made before 2000) - please consult your owner's manual for formats compatible with your player. These DVD-Rs may not play on all computers or DVD player/recorders. To address this, the manufacturer recommends viewing this product on a DVD player that does not have recording capability.

How to Stuff a Wild Bikini
$17.20 Super Savings
Add to Cart