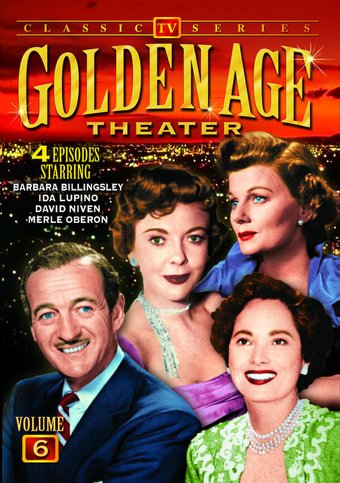 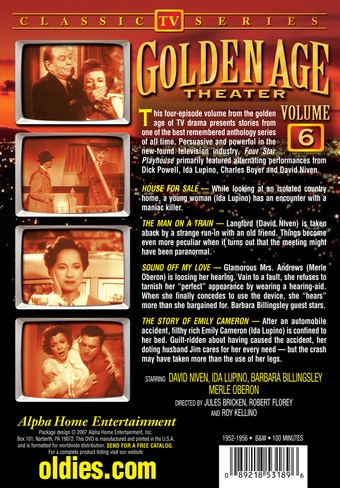 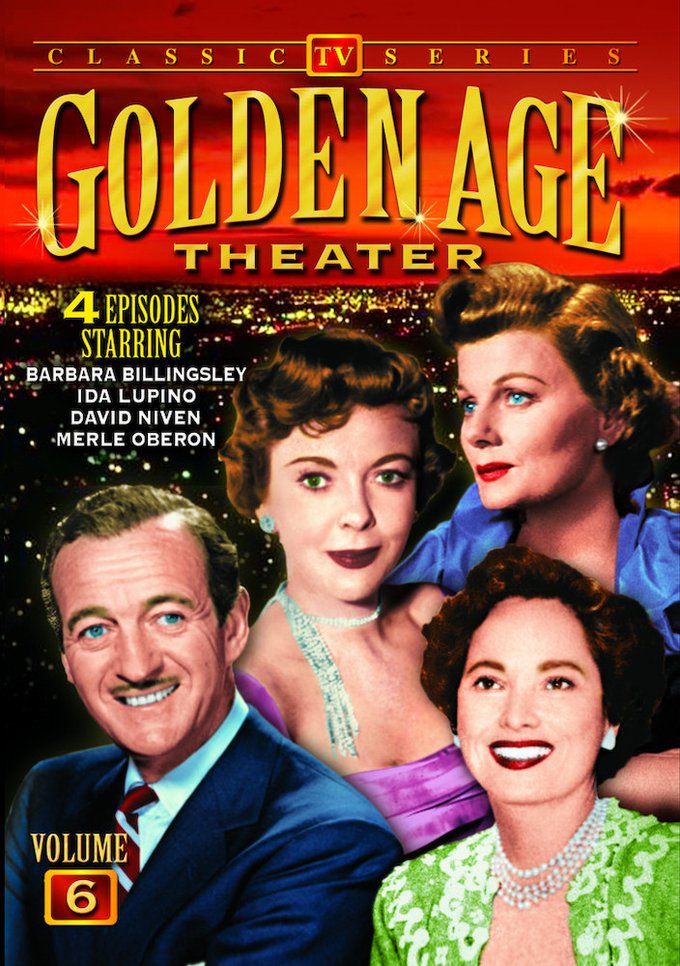 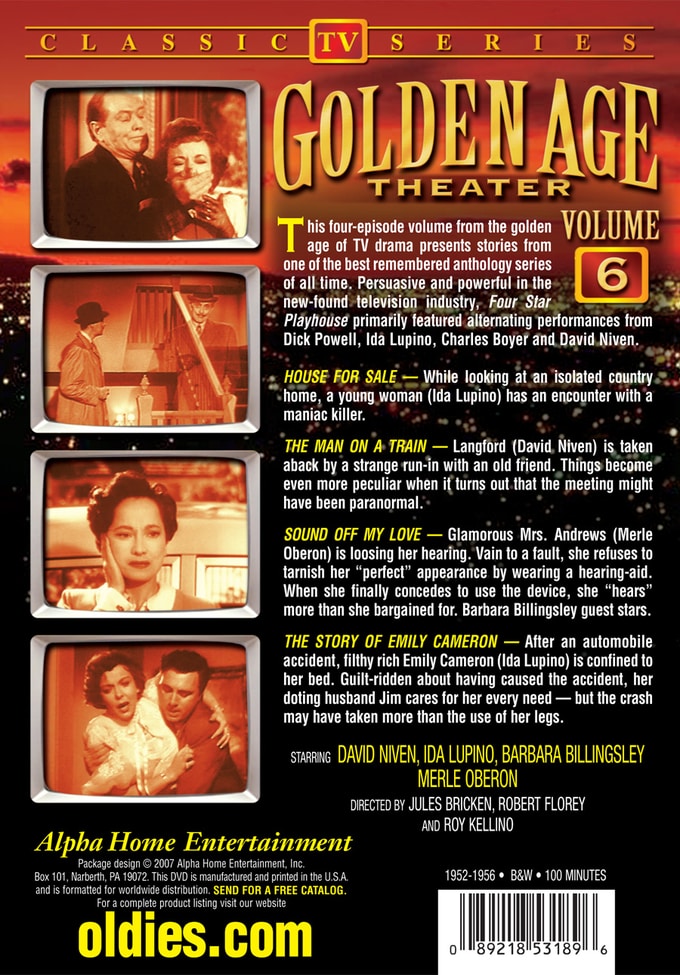 This four-episode volume from the golden age of TV drama presents stories from one of the best remembered anthology series of all time. Persuasive and powerful in the new-found television industry, Four Star Playhouse primarily featured alternating performances from Dick Powell, Ida Lupino, Charles Boyer and David Niven.

House For Sale: While looking at an isolated country home, a young woman (Ida Lupino) has an encounter with a maniac killer.

The Man On A Train: Langford (David Niven) is taken aback by a strange run-in with an old friend. Things become even more peculiar when it turns out that the meeting might have been paranormal.

Sound Off My Love: Glamorous Mrs. Andrews (Merle Oberon) is loosing her hearing. Vain to a fault, she refuses to tarnish her "perfect" appearance by wearing a hearing-aid. When she finally concedes to use the device, she "hears" more than she bargained for. Barbara Billingsley guest stars.

The Story Of Emily Cameron: After an automobile accident, filthy rich Emily Cameron (Ida Lupino) is confined to her bed. Guilt-ridden about having caused the accident, her doting husband Jim cares for her every need - but the crash may have taken more than the use of her legs.

Six volumes of vintage episodes from the early General Electric variety program, GENERAL ELECTRIC THEATER, comprise this collection. The show used a revolving cast of contemporary Broadway and Hollywood stars to dramatize literary adaptations, and only increased in popularity when Ronald Reagan became its host in the third season.

Series | Vintage | Vintage TV
This product is made-on-demand by the manufacturer using DVD-R recordable media. Almost all DVD players can play DVD-Rs (except for some older models made before 2000) - please consult your owner's manual for formats compatible with your player. These DVD-Rs may not play on all computers or DVD player/recorders. To address this, the manufacturer recommends viewing this product on a DVD player that does not have recording capability.