A quartet of episodes of the four star playhouse featuring some of Hollywoods great names. 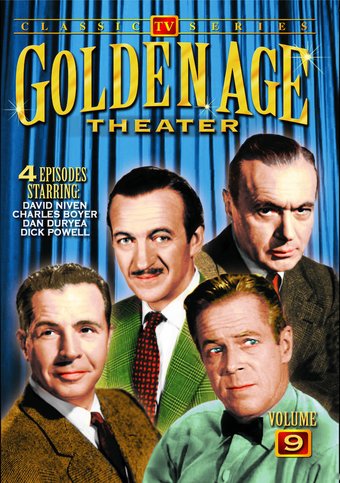 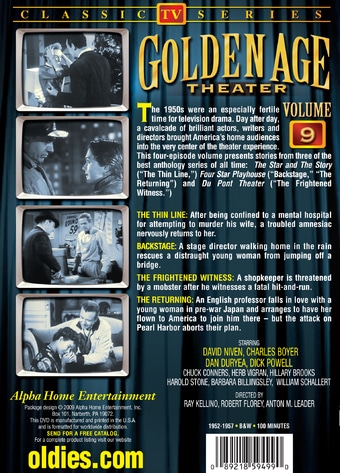 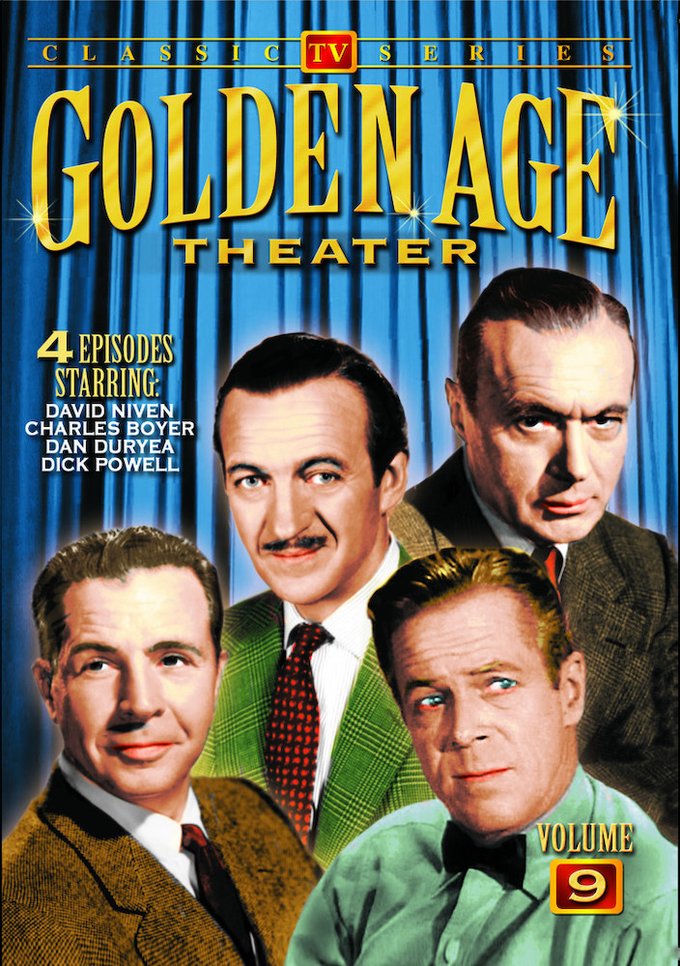 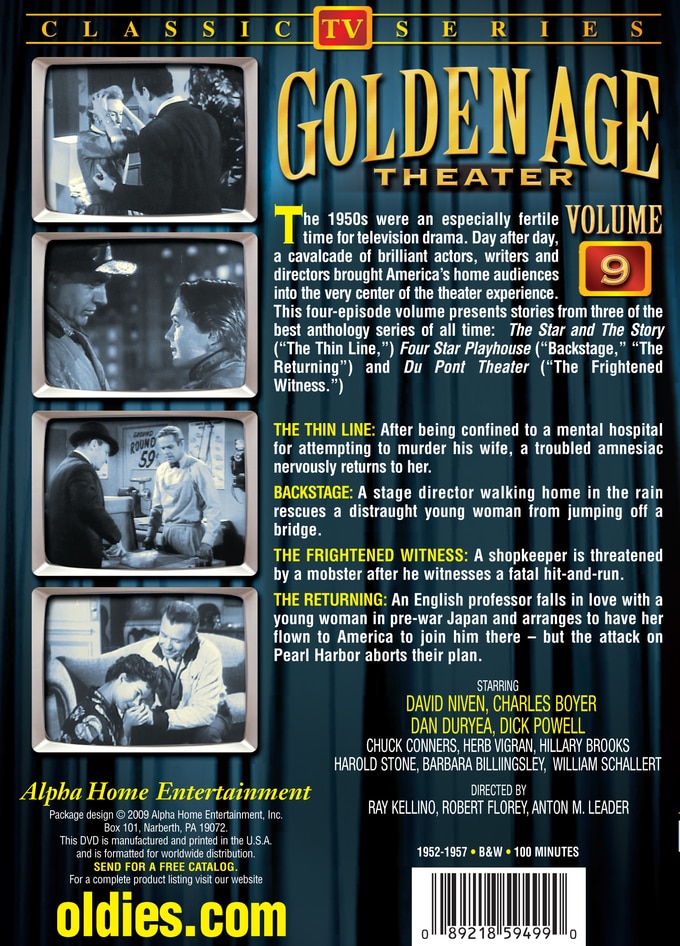 The 1950s were an especially fertile time for television drama. Day after day, a cavalcade of brilliant actors, writers and directors brought America's home audiences into the very center of the theater experience. This four-episode volume presents stories from three of the best anthology series of all time: The Star and The Story ("The Thin Line,") Four Star Playhouse ("Backstage," "The Returning") and Du Pont Theater ("The Frightened Witness.")

The Thin Line: After being confined to a mental hospital for attempting to murder his wife, a troubled amnesiac nervously returns to her.

Backstage: A stage director walking home in the rain rescues a distraught young woman from jumping off a bridge.

The Frightened Witness: A shopkeeper is threatened by a mobster after he witnesses a fatal hit-and-run.

The Returning: An English professor falls in love with a young woman in pre-war Japan and arranges to have her flown to America to join him there - but the attack on Pearl Harbor aborts their plan.