An all-star cast in four uplifting episodes from the vintage "Crossroads" television series. 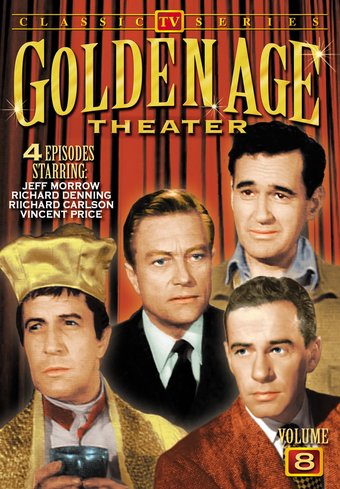 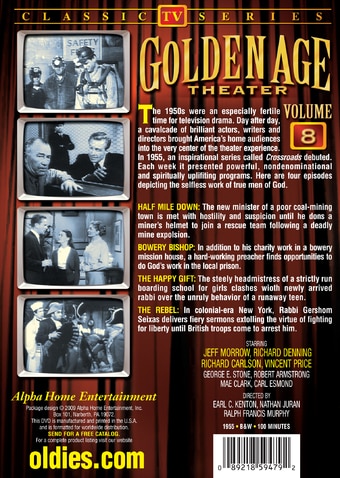 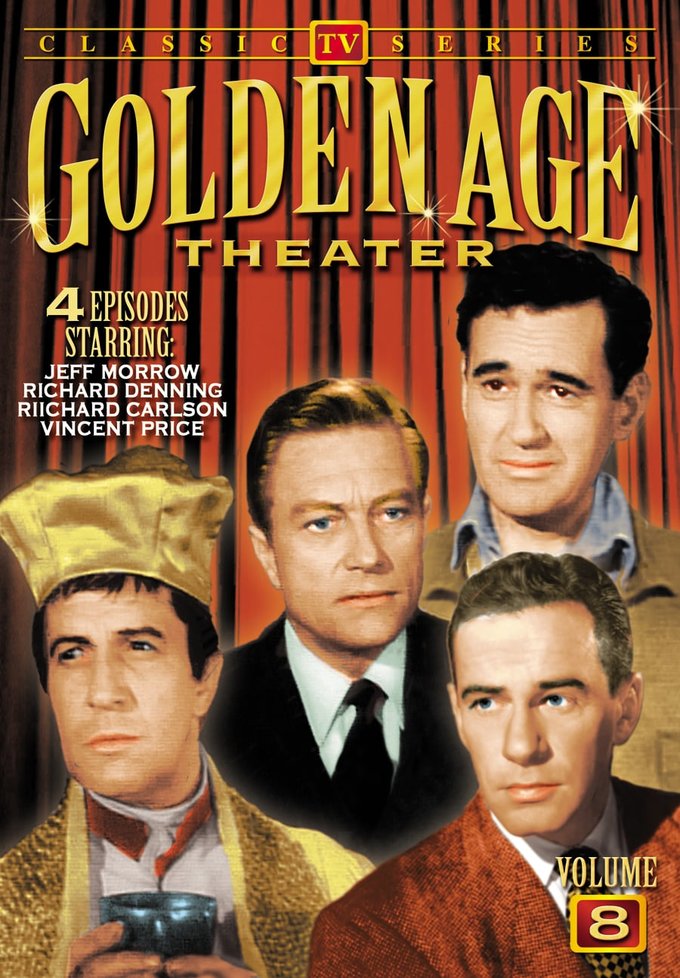 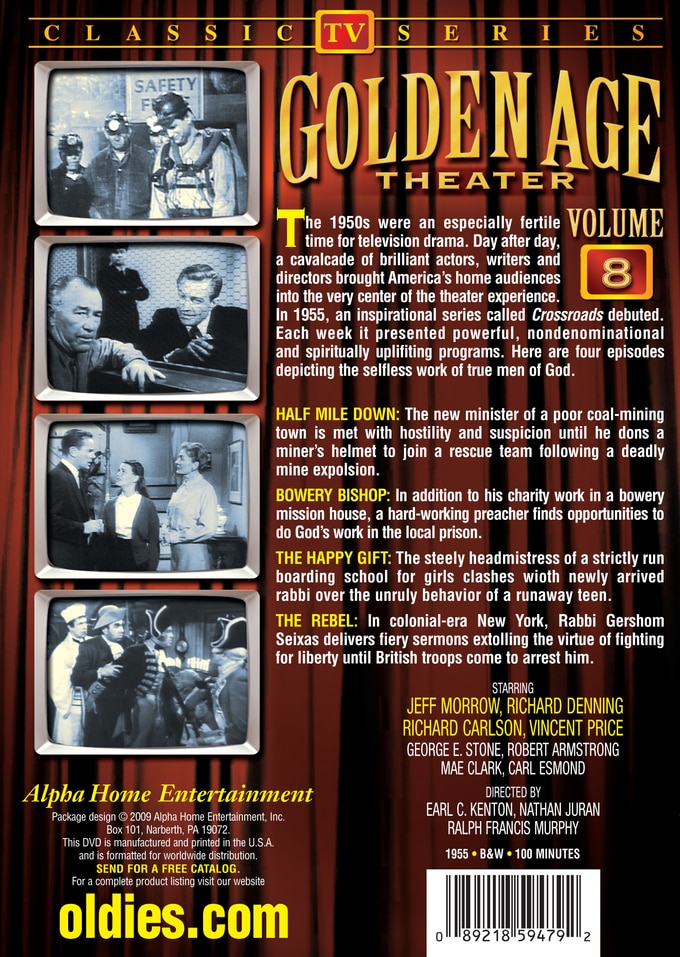 The 1950s were an especially fertile time for television drama. Day after day, a cavalcade of brilliant actors, writers and directors brought America's home audiences into the very center of the theater experience. In 1955, an inspirational series called Crossroads debuted. Each week it presented powerful, nondenominational and spiritually uplifting programs. Here are four episodes depicting the selfless work of true men of God.

Half Mile Down: The new minister of a poor coal-mining town is met with hostility and suspicion until he dons a miner's helmet to join a rescue team following a deadly mine explosion.

Bowery Bishop: In addition to his charity work in a bowery mission house, a hard-working preacher finds opportunities to do God's work in the local prison.

The Happy Gift: The steely headmistress of a strictly run boarding school for girls clashes with newly arrived rabbi over the unruly behavior of a runaway teen.

The Rebel: In colonial-era New York, Rabbi Gershom Seixas delivers fiery sermons extolling the virtue of fighting for liberty until British troops come to arrest him.