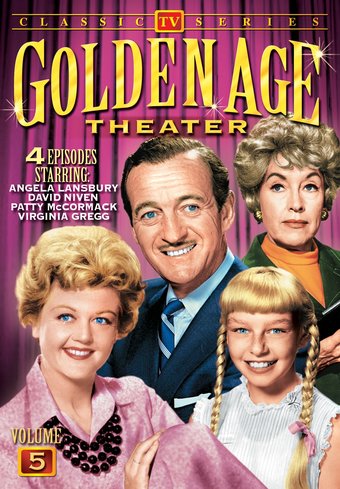 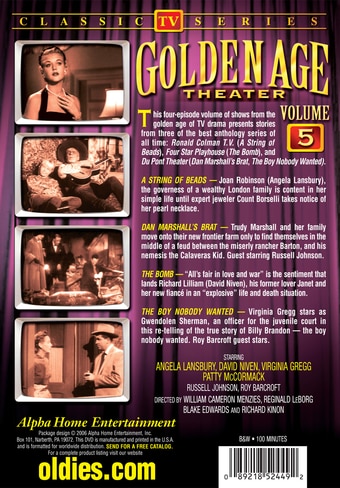 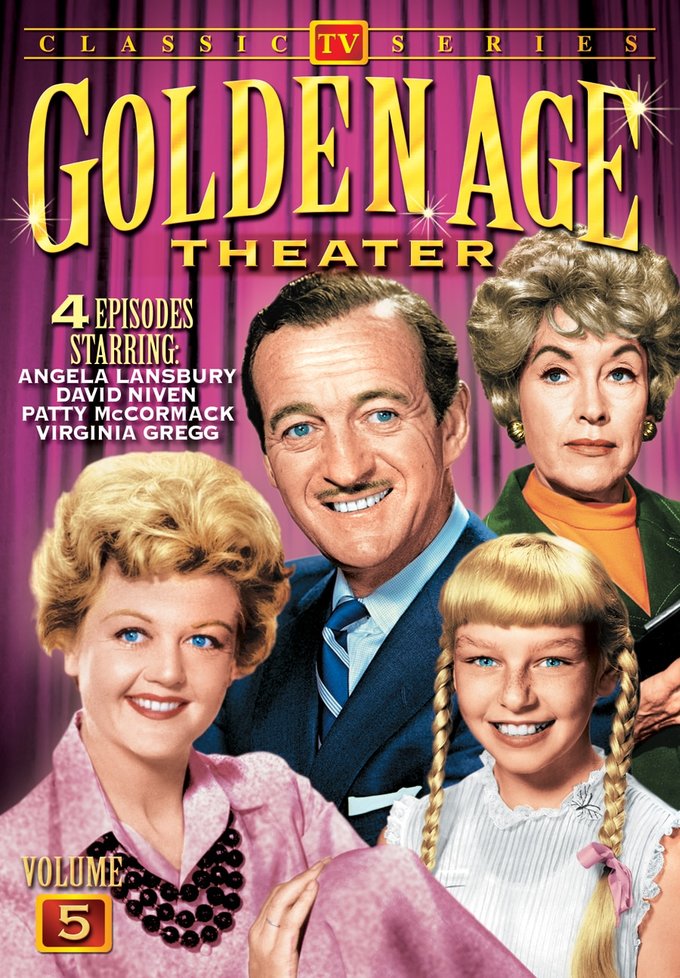 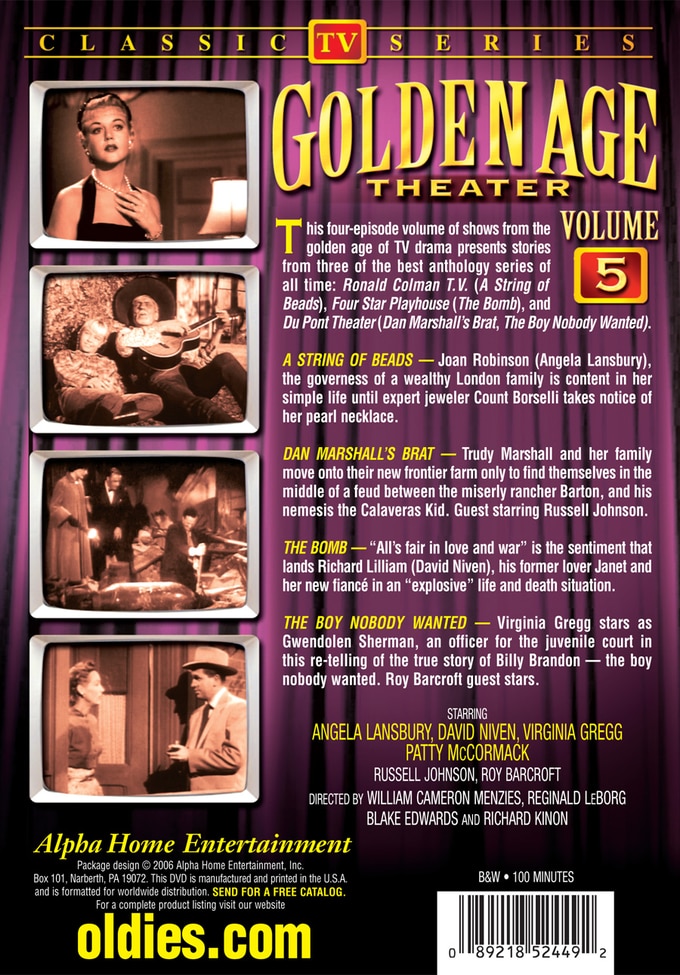 This four-episode volume of shows from the golden age of TV drama presents stories from three of the best anthology series of all time: Ronald Colman T.V. ("A String of Beads"), Four Star Playhouse ("The Bomb"), and Du Pont Theater ("Dan Marshall's Brat," "The Boy Nobody Wanted").

A String of Beads: Joan Robinson (Angela Lansbury), the governess of a wealthy London family is content in her simple life until expert jeweler Count Borselli takes notice of her pearl necklace.

Dan Marshall's Brat: Trudy Marshall and her family move onto their new frontier farm only to find themselves in the middle of a feud between the miserly rancher Barton, and his nemesis the Calaveras Kid. Guest starring Russell Johnson.

The Bomb: "All's fair in love and war" is the sentiment that lands Richard Lilliam (David Niven), his former lover Janet and her new fiance in an "explosive" life and death situation.

The Boy Nobody Wanted: Virginia Gregg stars as Gwendolen Sherman, an officer for the juvenile court in this re-telling of the true story of Billy Brandon - the boy nobody wanted. Roy Barcroft guest stars.

The fifth volume of GOLDEN AGE THEATER contains more episodes from GENERAL ELECTRIC THEATER, a television program from the 1950s that staged productions adapted from short stories, novellas, and screenplays. There are four episodes on VOLUME 5, starring Angela Lansbury, David Niven, and Patty McCormack, among others. The program had a high standard of excellence in production and performance.

Classic Television
This product is made-on-demand by the manufacturer using DVD-R recordable media. Almost all DVD players can play DVD-Rs (except for some older models made before 2000) - please consult your owner's manual for formats compatible with your player. These DVD-Rs may not play on all computers or DVD player/recorders. To address this, the manufacturer recommends viewing this product on a DVD player that does not have recording capability.