My Son The Hero

A second-rate boxing manager presents himself as a big time promoter in order to impress his successful son. 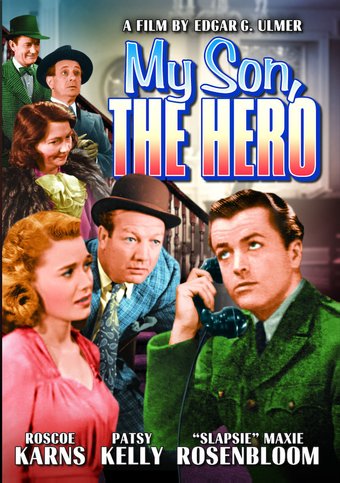 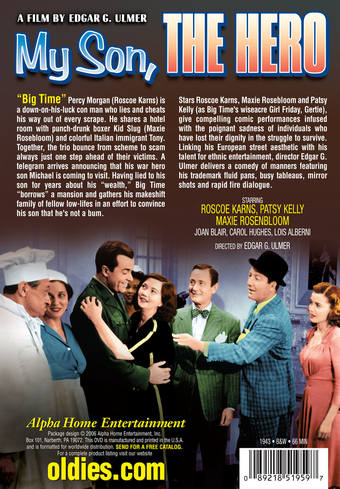 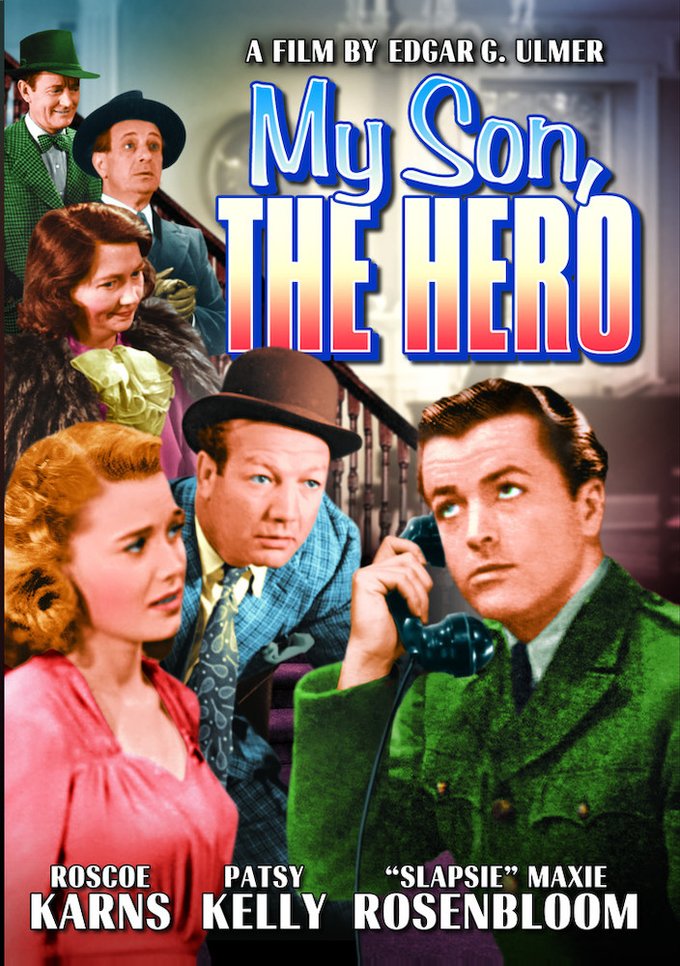 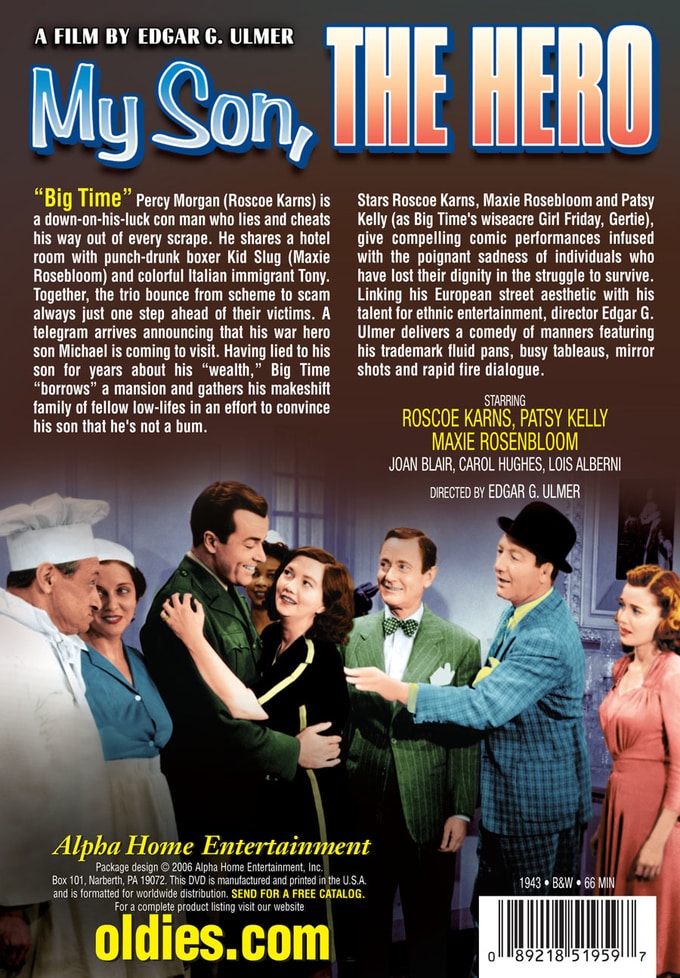 "Big Time" Percy Morgan (Roscoe Karns) is a down-on-his-luck con man who lies and cheats his way out of every scrape. He shares a hotel room with punch-drunk boxer Kid Slug (Maxie Rosebloom) and colorful Italian immigrant Tony. Together, the trio bounce from scheme to scam always just one step ahead of their victims. A telegram arrives announcing that his war hero son Michael is coming to visit. Having lied to his son for years about his "wealth," Big Time "borrows" a mansion and gathers his makeshift family of fellow low-lifes in an effort to convince his son that he's not a bum.