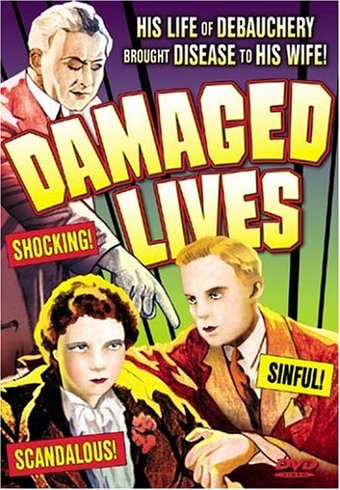 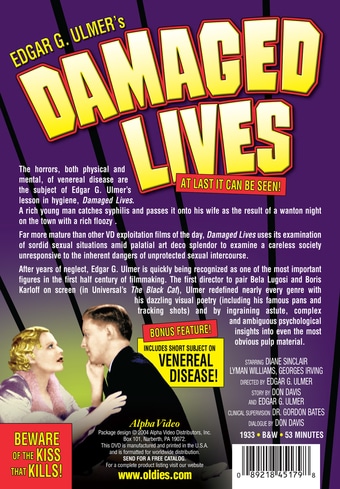 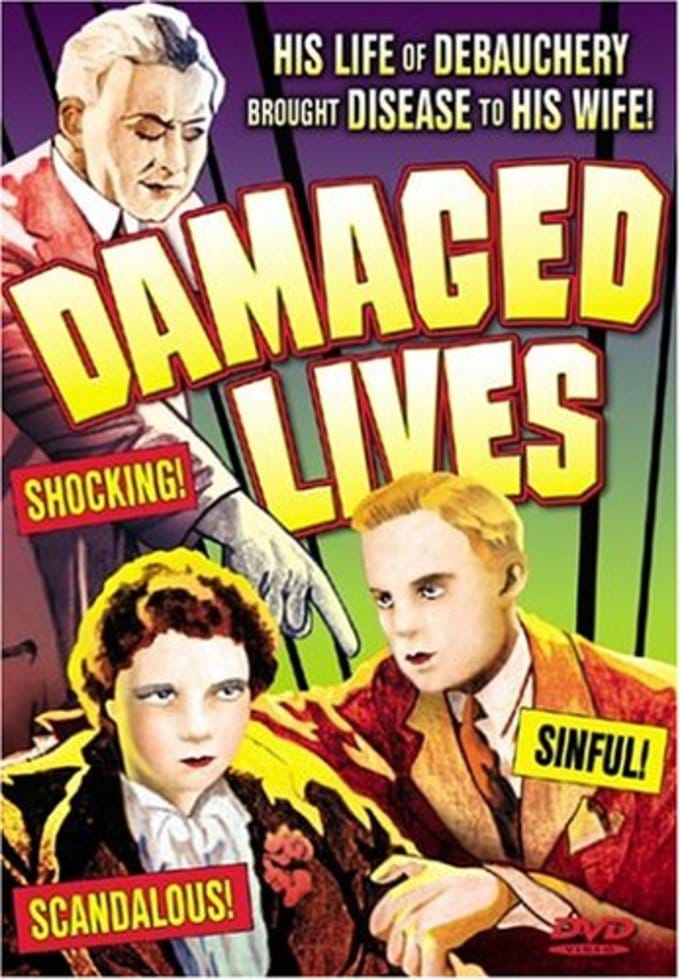 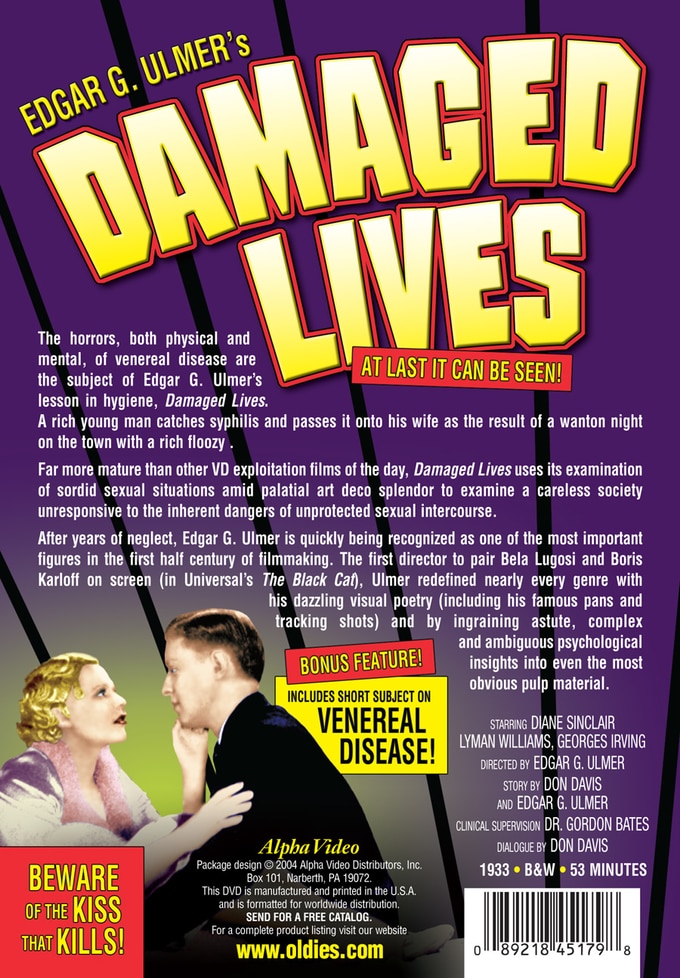 The horrors, both physical and mental, of venereal disease are the subject of Edgar G. Ulmer's lesson in hygiene, Damaged Lives. A rich young man catches syphilis and passes it onto his wife as the result of a wanton night on the town with a rich floozy. Far more mature than other VD exploitation films of the day, Damaged Lives uses its examination of sordid sexual situations amid palatial art deco splendor to examine a careless society unresponsive to the inherent dangers of unprotected sexual intercourse.

After years of neglect, Edgar G. Ulmer is quickly being recognized as one of the most important figures in the first half century of filmmaking. The first director to pair Bela Lugosi and Boris Karloff on screen (in Universal's The Black Cat), Ulmer redefined nearly every genre with his dazzling visual poetry (including his famous pans and tracking shots) and by ingraining astute, complex and ambiguous psychological insights into even the most obvious pulp material.

Young Donny (Lyman Williams) is a rising executive who makes the mistake of cheating on his fiancée (Diane Sinclair) with an attractive blonde (Charlotte Miriam). Some time later Donny gets a call from the blonde with some very personal, very bad news (she has VD, and probably so does he). She kills herself. Donny has a hard time coming to terms with the horrible facts, especially since his wife is pregnant and probably also infected. A doctor (Jason Robards, Sr.) tries to get Don to accept his condition by taking him on a "shock-filled" tour of a disease ward. He passes out. His wife hallucinates when she hears the news. With time, perhaps they can rebuild their lives...

Filmed in 1933, this cautionary tale was not released in America until 1937, at which time it was a big hit. As one of he first pictures by fledgling director Edgar G. Ulmer (DETOUR, THE BLACK CAT) it's far from the hysterical camp that aficionados of roadshow fare like REEFER MADNESS might hope for. Aside from a few florid touches, It's a nicely photographed, sensitively handled look at this "unspeakable" malady (syphilis) and its effects on a series of people who contract it. Ulmer loosely adapted the story from the 1913 stage play DAMAGED GOODS by Eugene Brieux.

Customer Rating:
Based on 234 ratings.


This stands out among sleaze films because it had a first rate director, Edgar Ulmer who had worked in Germany with people like Fritz Lang and Paul Wegener and who would go on to do the film noir classic DETOUR (1946).
Dan Bradley (Lyman Williams) is an ex-ship captain who takes a desk job with his dad's steamship company. This means he can marry his sweetie Joan (Diane Sinclair). First though he gets taken out for one last party at the home of his pal Nat (Murray Kinnell). After Nat gets plastered and passes out Don puts the moves on Nat's girl Elsie. Bad idea for several reasons!
After 2 months of wedded happiness with Joan who should re-enter Don's life but Elsie. No she does not want to blackmail him, this isn't that type of picture. She warns him of the "sickness" she got from Nat and passed on to Don; which means he has given it to Joan!
Now it turns out Don's best friend Bill (Jason Robards Sr.) is a doctor and here is where the "educational" part of the plot comes in. We get several truly scary scenes of people in the various stages of syphilis. One man got the disease "from a kiss", a woman passed the disease on to all 7 of her children making them all blind, crippled or insane. Now this movie comes from 1933 and penicillin was not widely used to combat VD until 1948 so Bill tells Don and Joan their cure will take 2 years.
Be ready for an emotional ending that comes close to being tragic, in fact, had Ulmer made this film in Germany I am sure it would have had a sad ending but instead at the last minute we end on a note of hope that for Don and joan there is hope for the future.
Edgar Ulmer was certainly a talented director but he nevered seemed to be able to escape the B movie genre. He finished his career with things like DAUGHTER OF DR. JEKYLL and BEYOND THE TIME BARRIER.