A bail bondsman is accused of murdering his partner in this classic PRC production. 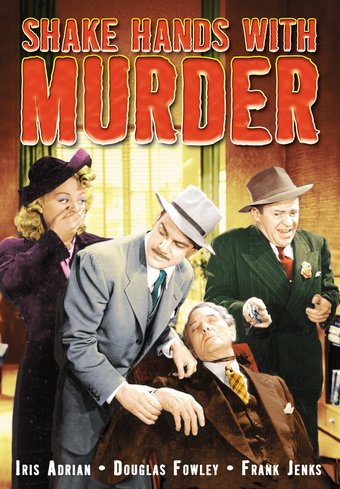 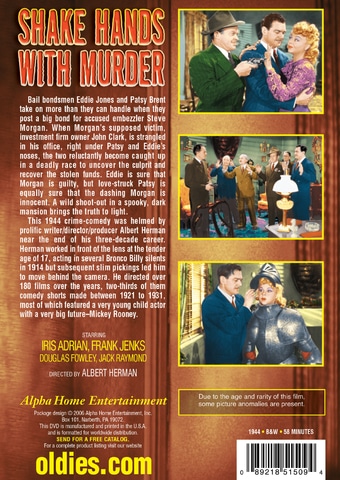 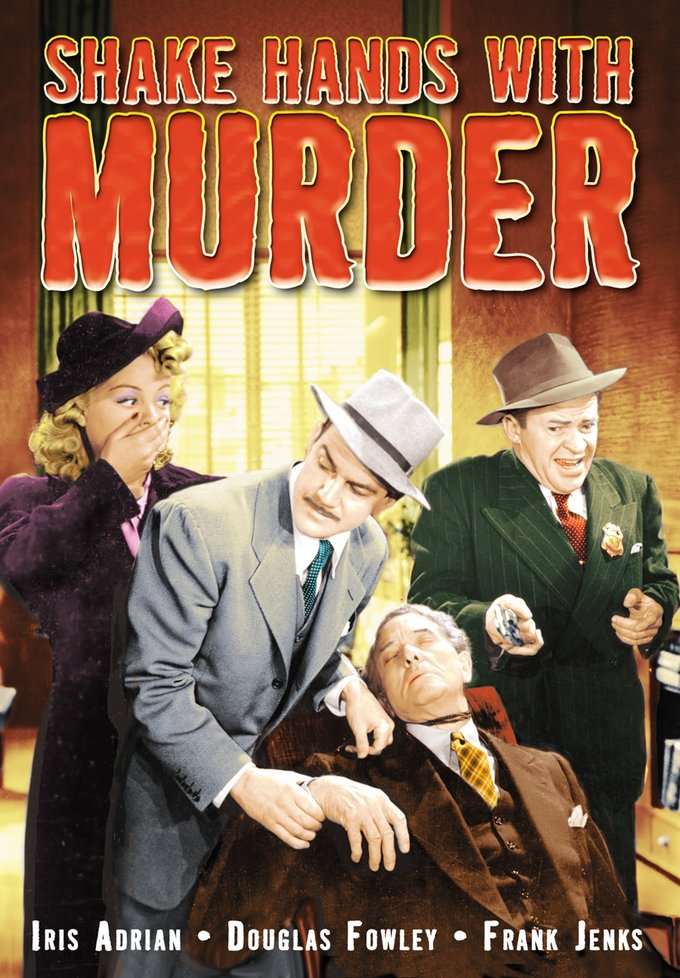 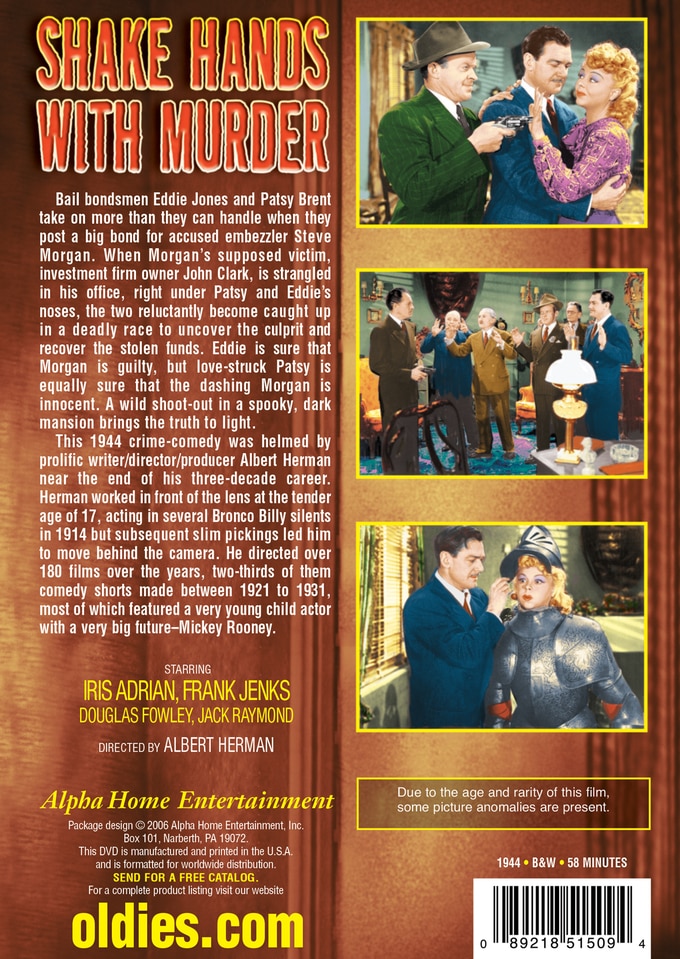 Bail bondsmen Eddie Jones and Patsy Brent take on more than they can handle when they post a big bond for accused embezzler Steve Morgan. When Morgan's supposed victim, investment firm owner John Clark, is strangled in his office, right under Patsy and Eddie's noses, the two reluctantly become caught up in a deadly race to uncover the culprit and recover the stolen funds. Eddie is sure that Morgan is guilty, but love-struck Patsy is equally sure that the dashing Morgan is innocent. A wild shoot-out in a spooky, dark mansion brings the truth to light.

This 1944 crime-comedy was helmed by prolific writer/director/ producer Albert Herman near the end of his three-decade career. Herman worked in front of the lens at the tender age of 17, acting in several Bronco Billy silents in 1914 but subsequent slim pickings led him to move behind the camera. He directed over 180 films over the years, two-thirds of them comedy shorts made between 1921 to 1931, most of which featured a very young child actor with a very big future - Mickey Rooney.

Prison / Prisoners | Mystery | Organized Crime | Thriller | Vintage | Murder | Crime
This product is made-on-demand by the manufacturer using DVD-R recordable media. Almost all DVD players can play DVD-Rs (except for some older models made before 2000) - please consult your owner's manual for formats compatible with your player. These DVD-Rs may not play on all computers or DVD player/recorders. To address this, the manufacturer recommends viewing this product on a DVD player that does not have recording capability.