Three comical con-men pose as priests in a ghetto mission. 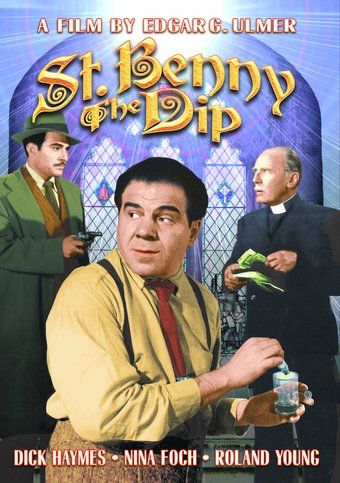 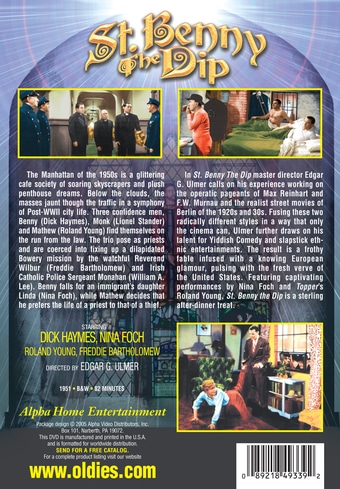 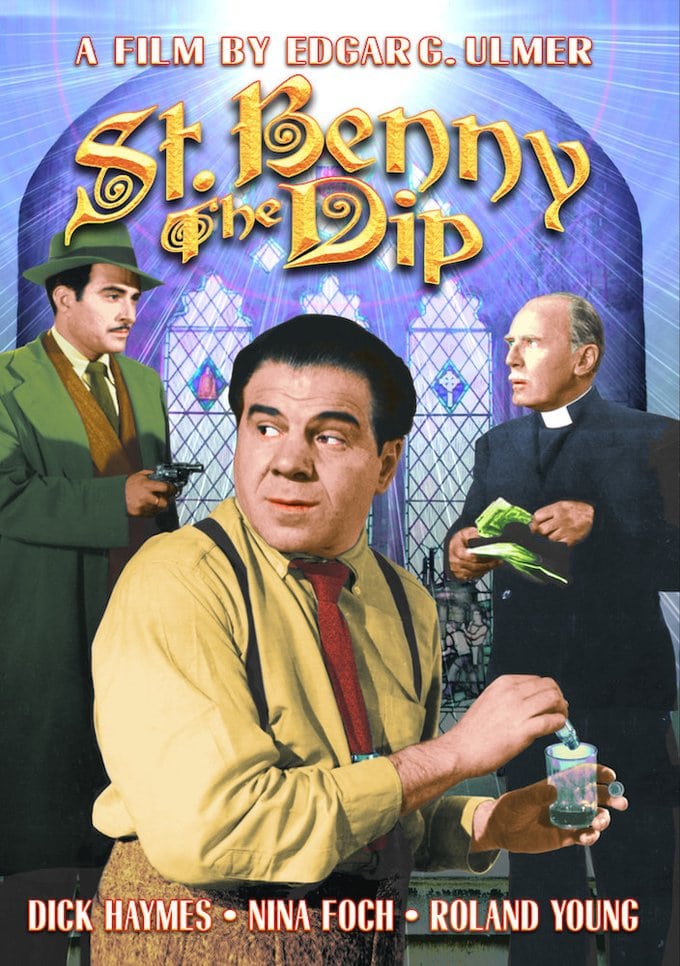 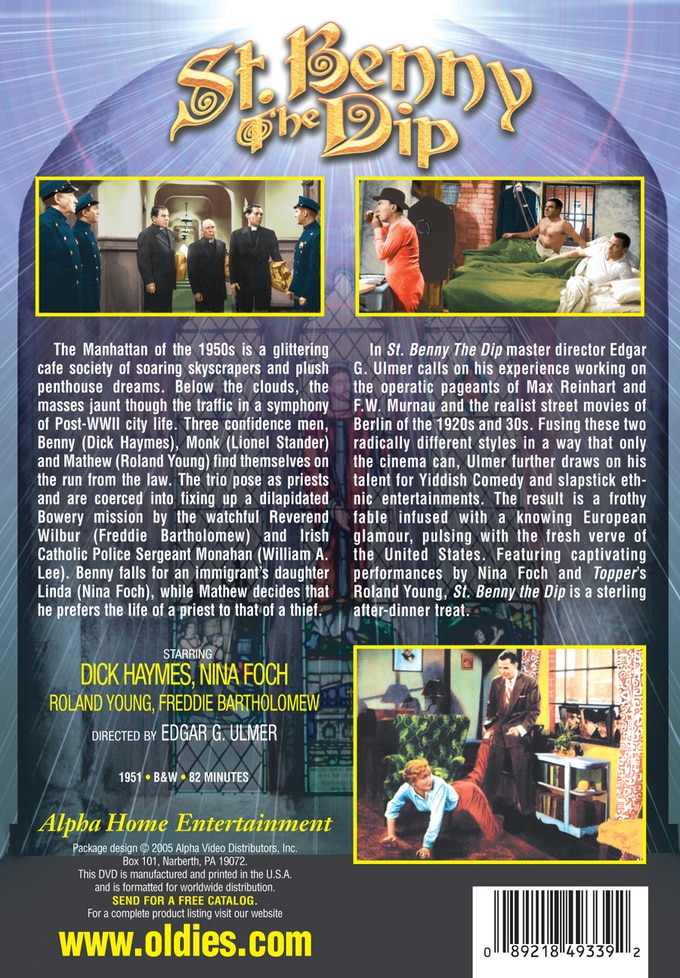 The Manhattan of the 1950s is a glittering cafe society of soaring skyscrapers and plush penthouse dreams. Below the clouds, the masses jaunt though the traffic in a symphony of Post-WWII city life. Three confidence men, Benny (Dick Haymes), Monk (Lionel Stander) and Mathew (Roland Young) find themselves on the run from the law. The trio pose as priests and are coerced into fixing up a dilapidated Bowery mission by the watchful Reverend Wilbur (Freddie Bartholomew) and Irish Catholic Police Sergeant Monahan (William A. Lee). Benny falls for an immigrant's daughter Linda (Nina Foch), while Mathew decides that he prefers the life of a priest to that of a thief.

In St. Benny The Dip master director Edgar G. Ulmer calls on his experience working on the operatic pageants of Max Reinhart and F.W. Murnau and the realist street movies of Berlin of the 1920s and 30s. Fusing these two radically different styles in a way that only the cinema can, Ulmer further draws on his talent for Yiddish Comedy and slapstick ethnic entertainments. The result is a frothy fable infused with a knowing European glamour, pulsing with the fresh verve of the United States. Featuring captivating performances by Nina Foch and Topper's Roland Young, St. Benny the Dip is a sterling after-dinner treat.

This interesting, low-budget entry in the "crooks posing as priests" genre was shot on location in New York City amid the skid row slums, and the result is an interesting, gritty comedy. Crooner Dick Haymes stars as Benny, a small-time crook forced to duck into a tenement mission and assume priestly garb to evade the law, along with his two pals, Mathew (Roland Young) and Monk (Lionel Stander). The boys ladle out soup to the homeless, and gradually learn some valuable lessons. Nina Foch is the love interest, who first spars with, and then inspires Benny towards the straight path; Oscar Karlweiss is her angry father. Former child actor Freddie Bartholomew stars as a real priest, who's pretty suspicious of these crazy fellas. The boys' myriad adventures helping (and being helped by) others finally turns them around, but not before plenty of havoc, hilarity and suspense ensues. This was directed by cult genius Edgar G. Ulmer, though it contains little of his trademark existential angst.

The Ladykillers (Blu-ray)
$19
Add to Cart

Customer Rating:
Based on 277 ratings.


The idea of crooks "getting religion" and going straight has been done numerous times but this verison of the old theme is particularly well done. Roland Young (whose character, i suppose, makes the biggest transformation)is fun to watch. Lionel Stander is tough but, as it turns out, not as tough as he thought. I originally thought that Haymes in the part of Benny was poor casting but I was pleasantly surprised. All in all I have to agree with the comment on the box, "St Benny the Di is a sterling after-dinner treat."